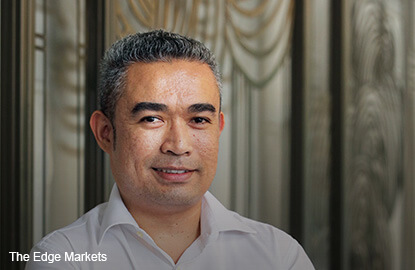 +A
This article first appeared in The Edge Financial Daily, on November 21, 2016.

KUALA LUMPUR: Cord blood banker StemLife Bhd, which is in the midst of an unconditional takeover by Singapore-listed Cordlife Group Ltd, plans to leverage on the latter’s operational technology in order to perform better.

“We compare our (StemLife and Cordlife) best practices and merge. From that perspective, we are leveraging on operational technology to be at a better place, so we will have a more unified technological platform from information technology to quality systems and their networks, and resources from medical experts,” said StemLife chief executive officer Sophian Abdul Rahman.

Last Wednesday, Cordlife notified shareholders of StemLife that it is raising the offer price for the remaining shares it does not already own in the Malaysian company to 57.5 sen from 54 sen a share.

This came about after Cordlife finally hit the 90% shareholding threshold to compulsorily acquire the remaining shares. It did this by buying another 0.19% interest in StemLife via direct business transactions and open market operations, raising its stake to 90.08%.

Cordlife first triggered the mandatory general offer for Malaysia’s pioneer cord blood banking firm in November last year after increasing its shareholding to 33.03% from 31.81%. On Feb 2, Cordlife received valid acceptances from StemLife shareholders that gave it (Cordlife) an 89.88% equity interest in the Malaysian firm.

Cordlife has said that it does not intend to maintain StemLife’s listing on Bursa Malaysia if it has gained control of at least 75% of the company.

Sophian said StemLife views the takeover by Cordlife as a positive development because it is now part of a multinational group with presence in major Asian cities.

“We firmly believe our ability to gain investor or fundraising interest will be greatly enhanced,” he told The Edge Financial Daily.

“I am taking it in good spirit.

“Cordlife was awarded [the] Singapore Stem Cell Banking Company of the Year award by Frost & Sullivan’s best practices team last year. So, if we were not half as good, they would not have taken us,” he said.

“I am optimistic based on our monthly review. Although we are not really hitting our revenue targets, my bottom-line targets are still relatively okay. So, from that perspective, we hope [to] be in the black [in FY17],” he said.

His challenge is to increase the top line and one of the reasons for this is that the pickup rate of its cord blood banking services was below expectations, on low awareness.

“[But while] there is awareness, some miscommunication has happened as some think that cord blood banking is expensive.

“Cord blood storing is for regenerative purposes to help [build] new, stronger, healthier stem cells for blood cells to replace diseased cells. Or it could trigger something in an organism to ... heal itself,” he said.

StemLife has set aside 8% to 9% of its revenue for advertising and promotion expenditure for 2017, and to cover about 30% of operating expenditure.

Moving forward, Sophian said the group would introduce a diagnostic tool to detect inborn errors of metabolism as a new revenue stream, as well as expand its geographical footprint to Sabah, Sarawak and Brunei.

Sophian said the Klang Valley accounts for 50% of its revenue, with the rest coming from other parts of the peninsula.

On Sept 1, StemLife signed a memorandum of understanding with Jerudong Park Medical Centre to provide its services for the hospital, making it the first in Brunei to offer cord blood and cord tissue collection, transportation and cryopreservation services.

“We hope to sign another one with another hospital in Brunei,” said Sophian, adding that the expansion plans would help cushion the impact of weak take-up of cord blood banking.

“There could be a slowdown in the take-up rate, but if I am to rely on what we are doing — the status quo — it might be very challenging. But my strategies of expanding to new geographical areas and introducing new products can cushion some of the impact,” he said.