StemLife gets MGO from Cordlife at 45 sen a share 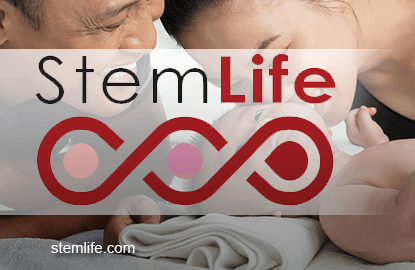 KUALA LUMPUR (Nov 12): ACE Market-listed StemLife Bhd, a pioneer in Malaysia's stem cell bank industry, has received a conditional takeover offer from its largest shareholder Cordlife Group Ltd, for 45 sen cash per share for the remainder stake it does not own.

StemLife's board announced via Bursa Malaysia today that it will hold a board meeting to deliberate on the offer and make an announcement in due course.

"The notice will be posted to the holders of the offer shares within seven days of its receipt and a copy is enclosed herewith," it added.

In the attached offer document, adviser Maybank Investment Bank Bhd (Maybank IB) said the takeover offer is conditional upon the Singapore-listed cord blood bank getting more than 50% of voting shares or voting rights of StemLife in 21 days after the posting of the offer document today.

Cordlife triggered the mandatory general offer (MGO) today after increasing its shareholding in StemLife to 33.03% today from 31.81% previously, in an off-market deal for 45 sen per share or RM1.35 million in total, said Maybank IB.

The offer of 45 sen cash per StemLife share represents a premium of 8 sen or 21.62% to StemLife's volume-weighted average market price (VWAMP) of 37 sen in the six-month period ended yesterday.

"Maybank IB is satisfied that the (takeover) offer would not fail due to insufficient financial capability of the offeror (Cordlife) and that every holder who wishes to accept the offer will be paid in full by cash," said the adviser.