Statement from A-G on Najib, RM2.6 bil and SRC International 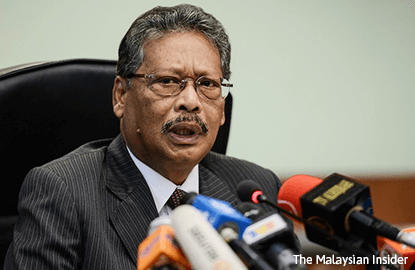 MACC in their investigation personally met and recorded statements from witnesses including the donor which confirm that the donation was given to YAB PM personally.

Furthermore, in August 2013, a sum of US$620 million (RM2.03 billion) was returned by YAB PM to the Saudi royal family, because the sum was not utilised.

Based on the evidence from witnesses and supporting documents submitted, I am satisfied that no criminal offence has been committed in relation to the said RM2.08 billion donation.

On the same matter, I am satisfied that as no criminal offence has been committed, there is no necessity for Malaysia to make a request for a mutual legal assistance to any foreign States for the purpose of completing the criminal investigation by the MACC in relation to the said RM2.08 billion donation.

With regard to the two investigation papers on SRC International, I am satisfied that no criminal offence has been committed based on the following reasons:

There are no evidence to show that YAB PM has abused his position during the Cabinet meeting which approved the government guarantee on the RM4 billion loan to SRC International from Kumpulan Wang Persaraan (Diperbadankan) (KWAP);

Evidence also show that the loan approval process by KWAP and the loan guarantee approval by the Cabinet were properly done;

There are no evidence to show that YAB PM had solicited or was promised any gratification from any party either before, during or after the Cabinet decision was made;

The evidence as a whole does not disclose any conflict of interest on the part of YAB PM; and

MACC itself admitted that based on their investigation, there are no evidence from the witnesses that could show that YAB PM had committed any act of corrupt practice.

Under the Penal Code

There are no evidence to show that YAB PM had any knowledge and/or was informed that monies had been transferred into his personal accounts from the account of SRC International;

There are no evidence to show that YAB PM had given any approval for the transfer of monies from the account of SRC International into his personal accounts; and

Evidence show that at all material times, YAB PM was of the belief that all payments which were made by him were made from the donation received from the Saudi royal family which was earlier transferred to his personal accounts.