The State of the Nation: Sufficient liquidity to cushion portfolio outflows 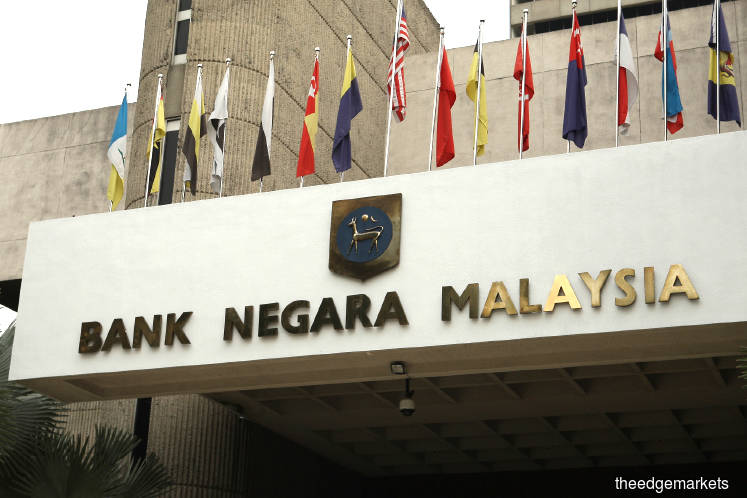 While still ample at 1.1 times short-term external debt and 7.7 months’ retained imports, Bank Negara’s foreign reserves fell by US$1.7 billion or 1.64% month on month to US$101.7 billion as at end-March — its largest monthly decline since the US$3.8 billion monthly reduction seen in June 2018. Together with the US$800 million decline in February, the central bank’s reserves shrank by US$2.5 billion over two months from US$104.2 billion as at end-January.

After having sold RM8.1 billion of ringgit debt securities in February, foreigners likely sold about RM12.3 billion to RM12.4 billion of bonds in March — the largest monthly outflow since the RM12.9 billion seen in May 2018 amid weak emerging market sentiment when the Pakatan Harapan coalition unexpectedly clinched Putrajaya at Malaysia’s 14th general election.

That reduced foreign holdings of ringgit debt securities to an eight-month low of RM187.8 billion. Equities also saw the largest monthly sell-off since May 2018, with foreigners offloading RM5.5 billion to RM5.6 billion in March after having sold RM2 billion in February, economists say.

“The March sell-off is not as steep as experienced during the worst points of the global financial crisis. It is likely due to the lower foreign holdings of Malaysian debt and equities prior to the Covid-19 pandemic, given cumulative selling of RM53 billion since 2016. The US Federal Reserve’s easing measures in recent weeks have also helped to stabilise liquidity conditions for emerging markets. Thus, we do not expect intensified ringgit weakness to play out in the near term unless oil prices suffer another steep decline or the Chinese renminbi depreciates sharply due to economic weakness,” UOB Bank Malaysia senior economist Julia Goh wrote in an April 8 note when the ringgit was hovering at 4.34 to the greenback.

As the amount of liquidity in the system remains sufficient, there is no cause for alarm just yet, says Winson Phoon, head of fixed income research at Maybank Kim Eng in Singapore. Still, he adds, the numbers are an area to monitor, given that large outflows tend to cause a net drain in the liquidity position.

Another factor of comfort is that the amount of foreign holdings with low stickiness in local bonds has likely reduced following the central bank’s ban on offshore ringgit NDF (non-deliverable forward) trading in November 2016. “Additionally, central banks can conduct more open market operations to inject liquidity if needed, such as through Bank Negara reverse repo, foreign exchange swaps and direct purchase of government bonds,” Phoon tells clients in an April 3 note.

Bank Negara’s net short position in foreign exchange swaps had risen to US$13.1 billion or 12.7% of total foreign reserves as at end-February compared with 12.1% as at end-January and 13.2% as at end-December 2019. Still, this is significantly lower than the 22.4% seen in October 2018. March data is still pending release.

While Fitch Ratings’ revision of Malaysia’s rating outlook to “negative” on April 9 could see some knee-jerk reaction on the Malaysian government securities yield curve (with yields possibly rising by 5bps-10bps versus 15bps-20bps in July 2013), Phoon notes that the decision was not entirely a surprise and reckons that “any major sell-off will likely be capped by buy-on-dip demand, given the dovish rate outlook and our expectation of another 50bps OPR (overnight policy rate) cut in 2Q2020”.