The State of the Nation: Politics and the changing face of Corporate Malaysia 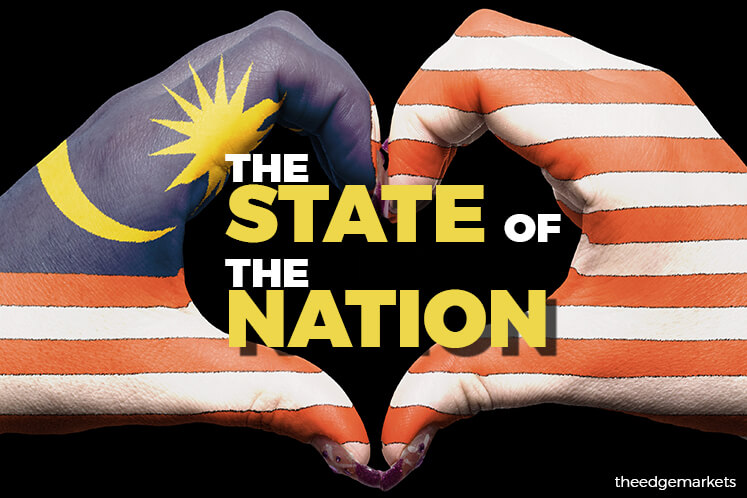 THE face of Corporate Malaysia has changed many times over the decades and it is not driven by pure market forces. Instead, it is inextricably linked to state intervention in the economy and politics, says Universiti Malaya’s Prof Edmund Terence Gomez.

“The nature of state intervention in the economy is very much driven by the politics of the country,” Gomez says at a lecture at Monash University Malaysia in Bandar Sunway, Selangor.

His lecture illustrated the scale and implication of the nexus between politics and business. These are among the findings that will appear in his book Minister of Finance Inc: Ownership and Control of Corporate Malaysia, which will be released at the end of this month.

From Gomez’s research, there are several defining moments that are inextricably linked to Malaysia’s politics and history.

“Many of the outcomes we see today have been shaped by who was the prime minister at particular moments in Malaysian history,” says Gomez.

The first defining moment, according to him, was in 1970 when the New Economic Policy (NEP) was introduced by then prime minister Tun Abdul Razak Hussein to fight poverty and redistribute wealth more equitably. It was then that the government decided to cast away its laissez-faire policy and actively intervene in the corporate sector.

“The NEP was a policy that the country needed. It involves state intervention to rectify the problems that had occurred under colonial rule where the bypassing of Malays in business was a key problem,” says Gomez.

According to his analysis of the most valuable companies in 1971, the key players in the economy were foreign-owned firms and family businesses — owned mostly by the Chinese — which controlled 61% and 23% of the economy respectively.

It was in the 1970s that the state intervened by creating well-funded public enterprises that went out and acquired the assets of foreign companies.

“He decided that the purpose of the NEP was to create bumiputera capitalists or bumiputera businessmen, not GLCs (government-linked companies). The [NEP’s] emphasis on education diminished and its focus moved to business,” says Gomez.

This is notwithstanding the fact that the most valuable companies in 1997 were still government controlled, including Telekom Malaysia Bhd, Tenaga Nasional Bhd, Malayan Banking Bhd and Petronas Gas Bhd, all in the top four (see table).

But it marked the start of an era where many public enterprises were privatised in order to help create a class of bumiputera capitalists.

Then came the 1997 Asian financial crisis, another turning point.

“The financial crisis came and all this fell apart. We see the move from private businesses to GLCs coming to the fore and taking control,” says Gomez.

Analysis of the most valuable companies in 2001, after the financial crisis was over, shows the fall of the bumiputera capitalist class. Among the top 30 most valuable firms, Rashid’s RHB Capital comes in at No 14 and Azman’s AMMB Holdings clocked in at 23rd.

Similarly, in 2013, the year of the last general election, the only two bumiputera-controlled companies in the top 30 list were SapuraKencana Petroleum Bhd (controlled by the Shamsudin family) and Azman’s AMMB Holdings at No 15 and 20 respectively.

“The key figures in 2001 were the GLCs, and 12 years later, in 2013, the key figures in the corporate sectors were still the GLCs. The GLCs have emerged as key players in the economy and have sustained themselves,” say Gomez.

What does this say about the GLCs?

Gomez cautions against assuming that GLCs are underperformers or run-of-the-mill firms. “What we are seeing here are dynamic firms maintaining their performance as the top companies in the country.”

During Tun Abdullah Ahmad Badawi’s time, he pushed for GLC transformation, which saw a new class of professional managers take the reins at important companies.

The other interesting development in 2013 is that foreign-controlled firms were re-emerging as important players in the economy. They included DiGi.Com Bhd, British American Tobacco (M) Bhd and Nestlé (M) Bhd, which are among the top 30 most valuable companies in Malaysia in 2013.

Gomez also points out another important finding — manufacturing firms are no longer a major force in the economy.

“The industrial elite of old have fallen away. Industrial companies have not been investing in R&D. They have been fearful of the state,” says Gomez.

Where does it leave us today?

The first phase of Gomez’s research focuses on the government-linked investment companies (GLICs), which are major players in the economy by virtue of their web of ownership and control over a vast empire of companies.

These GLICs control over 68,000 companies directly and indirectly with minority interest.

“The seven GLICs control important companies in the economy. They have majority ownership of 35 public-listed companies and in terms of market capitalisation, they control about 42% of the entire Bursa Malaysia,” Gomez says.

He argues that this is of concern because this points to extreme concentration of power in Minister of Finance Inc.

The nature of corporate control was different under the different prime ministers.

“The nexus between state and business is under constant transition. Under Razak, it was about public enterprises, Mahathir was about big business, Abdullah was focused on SMEs and [Datuk Seri] Najib [Razak] is back to the GLICs.”

“There is an unprecedented concentration of power in the executive. The key company here is MoF Inc, the super entity … What does this control allow the executive to do?” he asks.

Gomez is proposing several reforms to reduce this concentration of power. He says that to ensure proper checks and balances, the prime minister cannot also maintain the finance portfolio.

Gomez is also calling for an operational oversight body for GLICs and GLCs, instead of concentrating it in the Ministry of Finance. This could provide policy coherence and coordinate GLIC and GLC activities to achieve specific social and economic objectives.

Gomez points out that the professional managers of the GLICs and GLCs should be given autonomy to run their respective companies. “Professional managers with autonomy but accountable to parliamentary select committees headed by opposition members. This can be done tomorrow.”