The State of the Nation: My Say: Why we cannot rule out a twin deficit 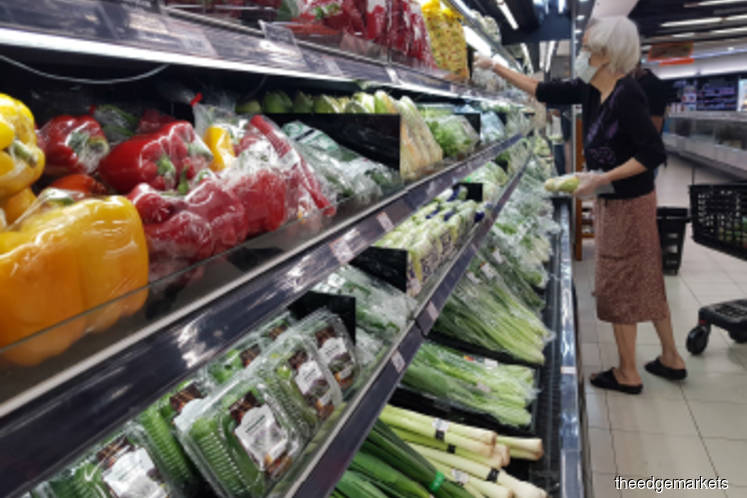 FOR the first time in more than two decades, Malaysia has recorded a trade deficit amid deteriorating global economic conditions, signalling that we will likely see a deficit in the current account in the coming months.

The latest data showed a merchandise trade deficit of RM3.5 billion in April as the Covid-19 pandemic derailed global growth and dampened demand for exports. Supply chain disruptions, collapsed commodity prices and trade tension between the US and China also contributed to the deficit. Still, the current account posted a surplus of RM9.5 billion in the first quarter of this year, compared with RM7.5 billion in the last quarter of 2019.

Given that the other two components of the current account (services and primary accounts) have almost always been in deficit and will likely be negative again in April, the logical assumption is that Malaysia will post its first monthly current account deficit in April. All three components are now in deficit territory.

Of course, one swallow does not a summer make. What happens in the next three quarters will bear watching.

The prognosis on the outlook for world trade, though, is not good. As it is, 2020 started on a weak footing, against the backdrop of subdued growth in trade in 2019. The pandemic, which started in February, and the ensuing economic crisis helped knocked it into negative territory.

According to the latest forecast by the World Trade Organization (WTO), global trade will contract between 13% and 32% in 2020, making it one of the sharpest contractions in recent history. For the first quarter of this year, world trade contracted 3%, with the forecast that the second quarter will be worse.

The WTO warns that the adverse impact of the pandemic on trade and the accompanying economic crisis may be even more severe than the slump that was seen during the 2008 global financial crisis (GFC).

And, the outlook for 2021 remains uncertain — how it will pan out will depend on the duration of the Covid-19 outbreak and the effectiveness of policy responses put in place by governments across the globe. If the outbreak is brought under control and there is no second outbreak, world trade could bounce back by about 20% in 2021, according to the WTO.

For now, the widespread view is that, with world trade in the doldrums, Malaysia will likely continue to see a few more months of trade deficits. One view is that we can expect merchandise trade to see a shortfall at least in the second and third quarters.

This has raised the question of whether Malaysia will see a double or twin deficit — in both the fiscal and current accounts — in 2020. If this comes to pass, it will be the country’s first twin deficit in more than 20 years.

In the fiscal space, Malaysia has been in deficit for many years, except for a few brief periods. This year, though, our fiscal deficit is expected to cross the 6% mark against gross domestic product (GDP) as the government steps up its pump-priming drive to mitigate the impact of the pandemic and economic crisis.

The government announced on June 5 further stimulus measures involving a direct fiscal injection of RM10 billion into the economy, which will be done through domestic borrowings.

Given that we will have to live with a fiscal deficit for some years to come, efforts should be focused on addressing the current account deficit to ensure that the country is not plagued by a twin deficit for a prolonged period. Prolonged periods of current account deficits were seen in the 1980s (1980-1986), and again in the 1990s until the Asian financial crisis in 1997. From 1998, the trade account has always been in surplus.

On a more optimistic note, most economists agree that if a twin deficit does materialise in 2020 — and such a probability is high — it will likely be a one-off event.

The merchandise trade deficit this time around is caused by an unfolding global recession caused by the pandemic (rating agency Moody’s has projected a contraction of 4.5% in world growth), rising trade tension and protectionism between the US and China, a sharp fall in prices of commodities (especially crude oil and crude palm oil) and supply chain disruptions.

Thus, the current account is likely to bounce back to surplus territory as world trade recovers from 2021 onwards (on the assumption that the pandemic is brought under control and policy responses take effect towards the latter part of this year).

Be that as it may, there is no better time than now to address some of the structural problems that have caused the country’s current account to be so dependent on merchandise trade to remain in surplus.

While the bulk of Malaysia’s imports is made up of intermediate goods, a substantial portion also comprises food imports. The country’s food imports totalled about RM60 billion last year, equivalent to about 8% of total merchandise imports.

In fact, Malaysia is a net food importer, which makes us vulnerable to fluctuations in the ringgit’s foreign exchange rate, and imported inflation.

At a time when climate change is wreaking havoc on food production amid warnings of impending shortages across the globe, it is timely that policy measures be directed towards improving not just self-sufficiency in food but also towards encouraging the agriculture sector to move further up the value-add chain to boost food exports.

Another problematic area is the persistent shortfall in services trade. While this deficit has narrowed in recent years, perhaps it is time to take stock again; crafting new and more effective policies to close this trade gap once and for all should be placed on the drawing board.

Certainly, what we do not want to see is a persistent twin deficit in the years to come that will erode the fundamentals of the domestic economy. Among other things, a prolonged period of twin deficit will impact investor confidence and the country’s credit rating, as well as render the ringgit vulnerable to a downside bias.

Fiscal pump-priming should not be just for the short term and it cannot be a quick fix because Covid-19 has created a new normal. It is time to drill down to the bone, and a new economic blueprint is needed to sharpen Malaysia’s competiveness in this new environment.

Anna Taing is managing editor at The Edge