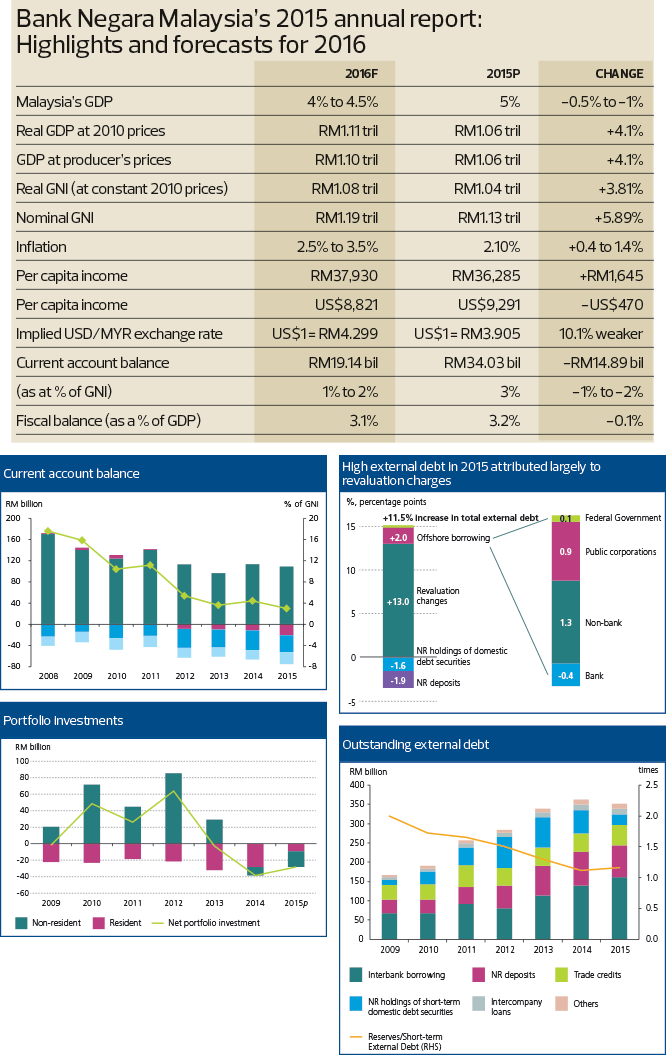 CAREER central banker Tan Sri Dr Zeti Akhtar Aziz is counting the days to this year’s May Day, which marks the first day of her retirement from Bank Negara Malaysia after 35 years of service. Whether the mood of the national holiday to honour workers is sombre or celebratory this year may well hinge on the country’s central bank governor of 16 years getting her choice of successor. And it is not just for her sake.

“How markets react to the appointment could impact Bank Negara’s credibility and the ringgit, and have a bearing on policy options,” Bank of America Merrill Lynch Asean economist Chua Hak Bin writes in a March 9 note.

Just a day earlier, he told clients that in Malaysia’s case, what likely matters more for markets in the near term is the appointment of the next central bank governor rather than the March 18 interest rate decision. “Concerns are growing that a political appointee could hurt the bank’s credibility and independence.”

If Zeti had her way, a suitable successor should have been named two months ago. Stopping short of naming her choice, widely tipped to be deputy governor Datuk Muhammad Ibrahim, Zeti reminded editors at a briefing last week that the Central Bank of Malaysia Act 2009 clearly states that the governor and deputy governors shall be “persons of impeccable reputation with proven experience and recognised knowledge in monetary or financial matters”.

Tan Sri Ramon Navaratnam, chairman of the Centre for Public Policy Studies (CPPS) in Malaysia, wants a suitable successor named the soonest. “The new governor must be someone who is professional, competent, possesses high integrity and is non-political,” he is reported to have said on March 18.

Going by the reaction to his recent Instagram post, CIMB Group Holdings Bhd chairman Datuk Seri Nazir Razak, who says he is “a fan” of Zeti, is not alone in saying he “would prefer for her to remain as governor until things are more stable”.

The rationale is obvious. Not only is the world going through uncertain times but much of the world is also faced with periods of slower growth. 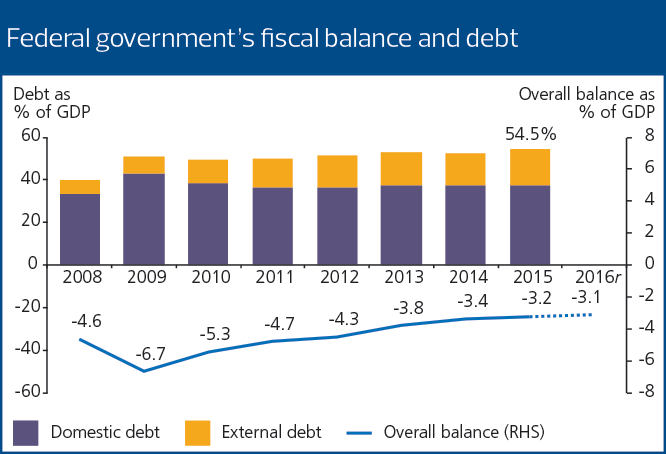 “Given the expectation of a challenging global financial environment, Malaysia will likely be confronted by volatile movements in capital flows,” Bank Negara’s 2015 annual report reads.

“The international economic and financial landscape is likely to remain challenging in 2016 and will be a key factor that will influence the prospects of the Malaysian economy. Depending on their nature, global developments can pose both upside and downside risks to the Malaysian economic growth.”

That means the new governor needs to hit the ground running as he or she would not have the luxury of learning on the job — something that might have been plausible in good times.

Gross domestic product (GDP) growth is expected to slow to 4% to 4.5% in 2016 from 5% in 2015 and 6% in 2014. While the central bank’s growth projection for the Malaysian economy in 2016 is the same as the Ministry of Finance’s when revising Budget 2016 in January, a closer look at the appended data shows that the central bank’s GDP projection for 2016 is about 4.1% — nearer to the lower end of the official forecast.

And this was arrived at on expectations of domestic demand — specifically private-sector spending — remaining the primary driver of growth, although this moderated to 4.3% from 5.1% last year.

The central bank also expects the impact of the Goods and Services Tax to wane and consumer spending to gradually pick up in the later part of 2016, supported by a higher minimum wage, salary increments for civil servants from July as well as firmer crude palm oil and rubber prices.

RHB Research Institute economists “are less optimistic than the central bank”, though. “We expect consumers to make a bigger adjustment and growth will likely slow to 4.5% in 2016, given a weak job market, higher cost of living and elevated household debt. Indeed, the central bank expects the unemployment rate to rise to between 3.3% and 3.5% in 2016, up from 3.2% in 2015 and a low of 2.9% in 2014,” Peck Boon Soon and Vincent Loo write in a March 24 note.

The central bank’s projection of private investment growth moderating from 6.4% last year to 5.5% in 2016 is also “relatively stronger” compared with the economists’ estimate of 4.6%. They also reckon that the projections on public consumption and investment are “too optimistic” relative to their forecast of 1.8% for public consumption and -4.1% for public investment, which they say takes into account the government’s RM4 billion to RM4.5 billion operating expenditure and RM4 billion to RM5 billion development expenditure cuts under the revised Budget 2016.

The RHB economists are more bullish on the ringgit, though, expecting the currency to settle at 4.10 against the greenback by end-2016. That said, they see “increased volatility in the ringgit” as divergent monetary policies in advanced economies and downside risks for global growth result in “large and volatile shifts in global liquidity”.

Despite the challenging times ahead, Zeti’s fans might just have to hope the right candidate is named her successor and wish the country’s first lady governor well. When pressed for a name at the release of the bank’s 2015 annual report last Wednesday, Zeti told reporters there are “only 38 days” left till her contract runs out on April 30. To the question of whether she would stay on for half the usual five-year term, she said “all the preparations have been made” for her to be free to write a book.

At an earlier briefing, Zeti also said she is looking forward to slipping below the radar, as was the case for her predecessors post-retirement. “I will [shun the limelight]. I want it that way. I don’t like being chased by photographers for door-stop comments,” she said.

Recounting a recent interview in Hong Kong in which she was asked why she stayed for 35 years, Zeti said Bank Negara is never about one person but a team of people, many of whom, like her, forewent better-paying jobs in the private sector for the simple hope of making a difference for the country. Going by the recognition she has received at home and abroad, there is little doubt that she has done just that.

Whoever takes over from Zeti has a tough act to follow, from policy decisions to her signature blue. If the market disapproves of the appointee, he or she would likely have a tougher job maintaining order and promoting the sustainable economic growth that Malaysia needs.