The State of the Nation: Bank Negara Malaysia 2015 Annual Report: Does the CPI reflect the rising cost of living? 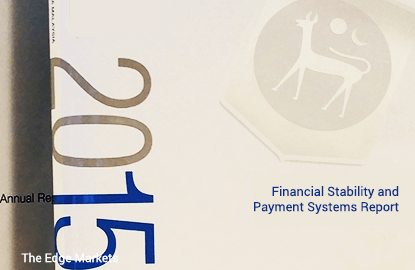 CONSUMERS have voiced their dissatisfaction over the rising cost of living and policymakers have heard those cries. One complaint is that the Consumer Price Index (CPI), like their income, does not seem to be rising as fast as the depletion of the contents of their purse. Has the CPI really lost its relevance? Is rising income inequality one reason that the CPI seems to be wanting?

The consumers — mostly those in the lower-income group living in Kuala Lumpur, Johor, Penang and Selangor — may well be right about the CPI. Households earning fixed incomes, including pensioners, are likely to be harder hit by rising costs due to their lack of income growth.

Sadly, the lower-income groups across most states in Malaysia, specifically households in the bottom 20% in terms of income, are also likely to experience inflation rates that are 0.12 to 1.10 percentage points higher than households in the top 20% of the income group. The difference is even higher in highly urbanised states, averaging 0.6 percentage points, a study shows.

The study quoted by Bank Negara in the report shows that households in “highly urbanised states such as Kuala Lumpur, Selangor, Putrajaya, Penang and Johor in 2015” — which make up 43% of Malaysia’s population — would find that their inflation rate is above the national average.

On the other hand, households living in some “semi- and less urbanised states, namely Perak, Kedah, Perlis, Sabah and Sarawak” — which account for 36% of the population — should see their inflation rate falling below the national average, as indicated by the CPI.

Put another way, some 43% of households probably feel that the CPI understates their cost of living while another 36% may well have seen their costs rising less than that indicated by the CPI.

There are other indicators that also show that consumers’ gut feeling on the strain on their purse is right. “For example, based on the state-level CPI data published by the Department of Statistics Malaysia, rental rates in the more highly urbanised states are typically higher and increase at a faster rate than in the less urbanised states.

All said, the CPI continues to be “a relevant and useful indicator for the conduct of macroeconomic policies, such as monetary policy, that aim to affect the broader economy”, Bank Negara said.

At the same time, because spending patterns can differ significantly across different income groups, those who use the CPI data know the limitation of its being constructed by assuming a single basket of goods and services to capture average prices in the economy.

Given the heterogeneity in spending patterns and significant variations in the prices of goods and services, researchers have concluded that a more meaningful analysis of the cost of living requires an assessment in the change in spending patterns and costs across the various household categories and geographical locations. According to the Bank Negara report, the most common dimension is to assess the changes in the cost of living over time, across different income groups and across states or regions in a country.

The conclusions on the 43% and 36% of households mentioned above was derived using data from the Household Income and Basic Amenities Survey (HIS/BA) and the Household Expenditure Survey (HES) for 2009 and 2014; as well as the disaggregated state-level CPI data.

The literature shows that, compared with the higher-income groups, the lower-income groups allocate more of their expenditure to food and less to transport, healthcare, education and discretionary spending.

Prices may also vary significantly across different locations. Differences in prices reflect mainly variations in distribution, labour and rental costs, and relative demand and supply conditions. “In particular, households in the lower-income groups living in highly urbanised states experienced higher inflation. At the aggregated level, the rise in the cost of living, on average, has been accompanied by a commensurate increase in income. At a disaggregated level, however, an analysis of both income and expenditure data shows that there are segments of society that are vulnerable to an increase in the cost of living, and these are households that dissaved (being households, mainly from the lower-income groups, that spend more than their income); the bottom 40% of households; and households earning fixed incomes,” the report read.

In particular, an analysis of the actual household expenditure data from the 2014 HES found that financial obligations for the bottom 40% of households (B40), including loan repayments, registered relatively strong growth between 2010 and 2014. “Consequently, these households, which only have a relatively small amount of savings, are vulnerable to both income and price shocks.”

This condition would be missed if one were to only look at the simple average or aggregate data that point to there being some savings and additional discretionary spending even as aggregate household income increased at a compound annual growth rate (CAGR) of 8.8% between 2010 and 2014, exceeding the 8.5% CAGR that aggregate household expenditure (including financial obligations) rose by. This underlies the importance of drilling into the details rather than just looking at the simple national average.

Because of this, Bank Negara says policy approaches to address the issue of the rising cost of living “must be multi-dimensional” and include measures to address the challenges of urbanisation such as housing and connectivity, improving financial education and awareness, and enhancing productivity and income.

“Of importance, greater efforts would need to be directed at increasing the productivity level of Malaysians through the adoption of modern technology and increasing the skills of workers through access to better education and training. This would enable Malaysians to move up the value chain towards higher value-added jobs to achieve higher income and hence, afford a higher standard of living,” Bank Negara’s report concluded. 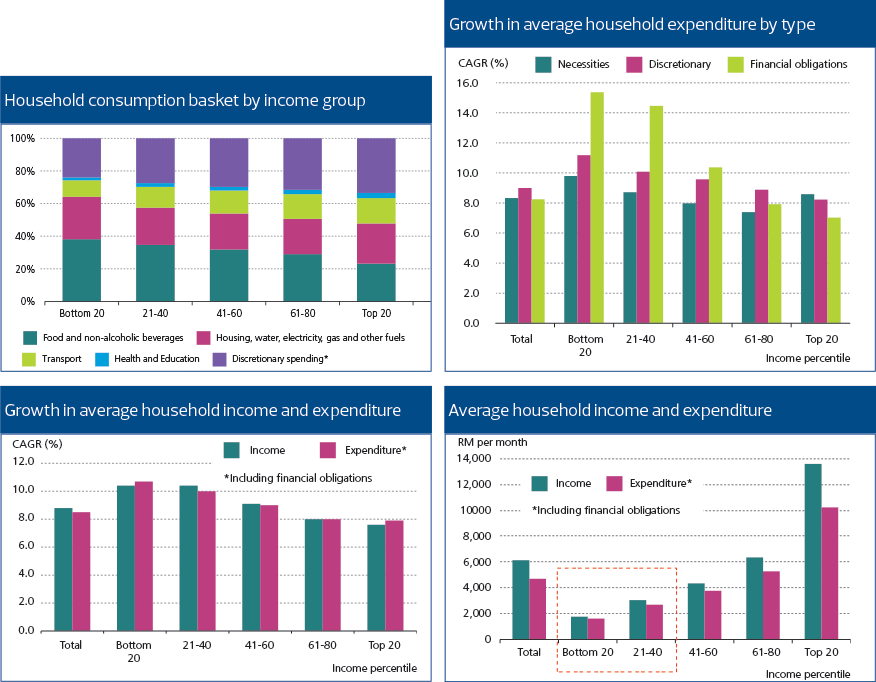