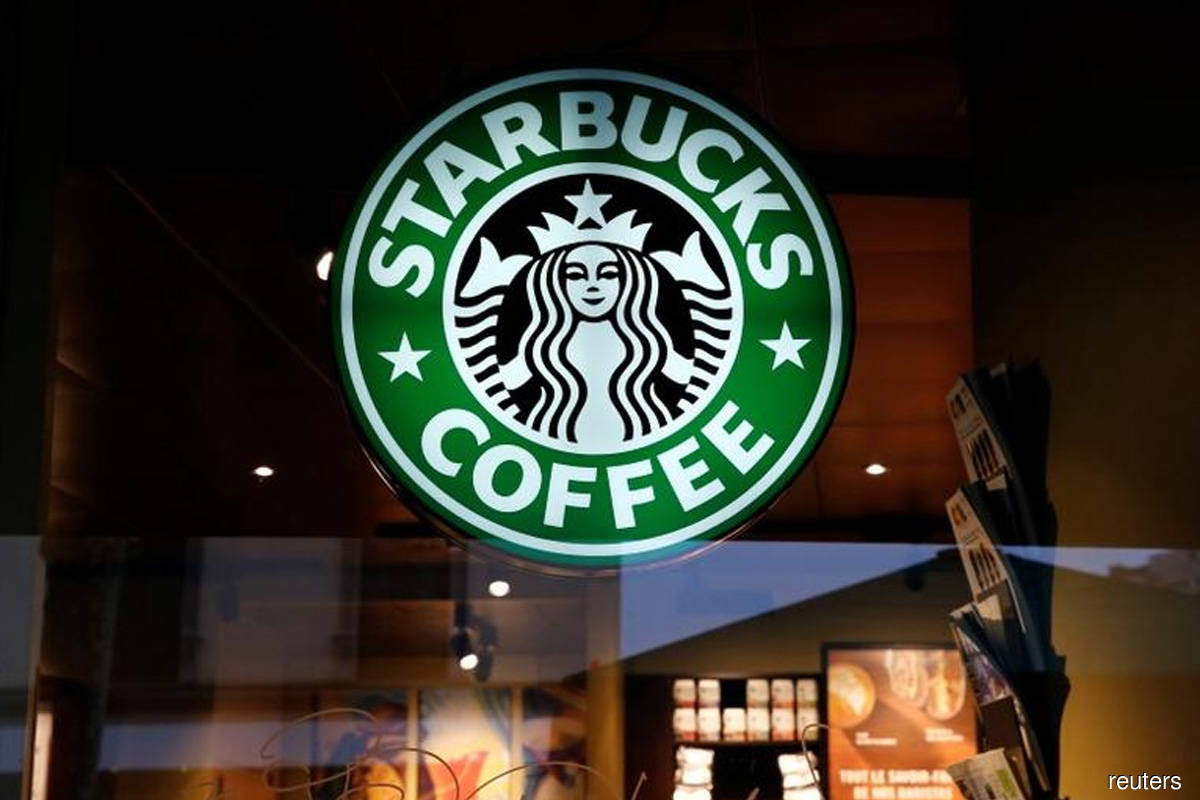 (Sept 14): Starbucks Corp jumped in late trading after chief financial officer Rachel Ruggeri boosted the coffee giant’s outlook for sales and profit over the next three years as rapid expansion and an expected recovery in China boost performance.

The company now sees earnings per share, excluding some items, rising 15% to 20% in each of the next three fiscal years. Comparable sales — a key metric for the restaurant industry — are seen rising to 7% to 9%. Both forecasts are significantly higher than the previous views. Starbucks also plans to return US$20 billion to shareholders over the next three years.

Ruggeri outlined the new targets in the company’s annual presentation to investors. She also cited higher prices and improved digital capabilities — such as mobile and online orders — as contributing to the acceleration.

The updated outlook shows that Starbucks’s “reinvention plan,” initiated by interim chief executive officer Howard Schultz, is expected to bolster the company’s performance in a relatively short period of time. Starbucks shares rose sharply after the release of the new guidance before losing some of the gain. The stock rose 1.8% in late trading on Tuesday.

Starbucks said it expects to resume share buy-backs in fiscal 2024. Schultz suspended the programme as one of his first moves as interim leader this spring.

Earlier Tuesday, Starbucks said it will be investing an additional US$450 million to revamp its stores in North America with better equipment, a move to appease the chain’s baristas, who have been unionising across the US.

Starbucks is planning to add 2,000 new locations in the US by 2025, the Seattle-based chain said on Tuesday. That includes more pickup, drive-thru-only and delivery-only restaurants to better serve diners on the go, the company said. Globally, the company expects to have 45,000 locations by the end of fiscal 2025. Customers can also expect an enhanced mobile app that makes it easier to order and anticipate when that order will be ready.

Earlier this year, Schultz pledged to overhaul the Starbucks experience for its baristas and customers alike. But until now, the details had been vague.

Both Schultz and incoming CEO Laxman Narasimhan spoke to an in-person audience in the morning session, which included more than 150 investors in the meeting’s morning session. Schultz acknowledged mistakes, but said Starbucks is still seeing record demand in the US and abroad.

The company expects that revenue in North America will rise 40% over the next three years as it adds locations, chief operating officer John Culver said during the meeting. He also predicted “progressive” margin expansion in that region over the same time in the region, which accounts for more than two-thirds of sales.

The company is trying to make it easier for staff to operate its cafes by investing in new equipment and training in the US, where it has more than 15,000 stores. While Starbucks previously announced about US$1 billion in fiscal 2022 spending on higher wages and cafe improvements, it had suspended its financial guidance for the year amid uncertainty in the key growth region of China.

In spite of Covid-related lockdowns in China that have dented performance there, Starbucks still expects to expand aggressively in the country. It’s targeting about 9,000 China locations by 2025, up from about 5,700 currently.

In the face of a mounting US unionisation drive, Starbucks earlier this month named Narasimhan as its next top executive. After concluding his time as CEO of Reckitt Benckiser Group plc, Narasimhan will start at Starbucks in October with an extended tour of the company’s global operations. Schultz will officially hand Narasimhan the reins in April, while staying on as a board member and adviser. Narasimhan will be tasked with blunting the labor campaign that has spread in spite off the company’s move to raise average US barista pay to US$17 an hour.

These pay increases, along with supply-chain and commodity inflation, have weighed on profit. The company has said its margin and earnings will be lower in its fourth quarter, which began in early July, versus the prior period. However, the company sees margin improving in each of the next three fiscal years.