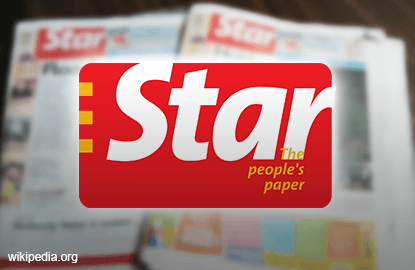 It declared an interim dividend of nine sen per share for the financial year ending Dec 31, 2015 (FY15), payable on Oct 16. The stock will trade ex-dividend on Sept 22, according to its filing with Bursa Malaysia.

But its print and digital segments for the period saw a higher profit before tax of RM84.23 million versus RM72.94 million in 1HFY14, mainly because the previous year recorded expenses incurred from its voluntary separation scheme.

This was because of the implementation of the goods and services tax in April and uncertainties in the economy that affected consumer sentiments and overall advertising expenditure, Star noted.

On prospects, Star said advertising expenditure for the rest of the year is expected to be flat amid the present business and market conditions.

Even so, its media-related segments will continue to enhance its respective media platforms to extend their reach to wider audiences by continuing to provide more bundled products and creative buys to advertisers.

It is also expanding aggressively into the digital businesses in video content (TheStarTV) and its recently launched audience interest marketing system, while seeking new opportunities in local and emerging markets like Vietnam and Myanmar for its events and exhibition business segment.

It plans to continue focusing and strengthening its key strategies in the media industry and as such, is cautiously optimistic that it will achieve a satisfactory performance for FY15.