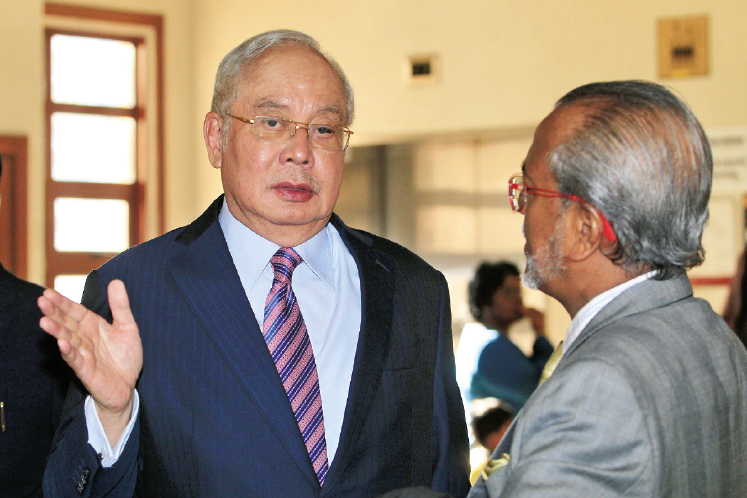 The officer, Mohd Nasharudin Amir, also testified that the admission did not come from the Saudi royal but his legal representative.

Nasharudin, who was the investigation officer during the  1Malaysia Development Bhd (1MDB) probe, confirmed the authenticity of these letters when asked by lead defence lawyer Tan Sri Shafee Abdullah.

He was testifying as a defence witness in the trial of former premier Datuk Seri Najib Razak, who faces seven charges of misappropriating RM42 million of funds belonging to former 1MDB subsidiary SRC International Sdn Bhd.

Nasharuddin testified that the MACC had on Nov 29, 2015, gone to record a statement from Prince Saud Abdul Aziz Malik Abdul Aziz al-Saud at the palace of then Saudi ruler King Abdullah at Riyadh.

But instead of meeting the prince, a legal representative whose name was Abdullah Al Koman had shown up on the prince’s behalf.

Nasharuddin also testified that Al Koman had signed the statement that he had given the MACC on behalf of the prince.

Shafee: Did Al Koman make a statement to MACC which is consistent with the donation letters marked 601 to 604?

Nasharuddin: I cannot say as the person who confirmed this (with the MACC) is not the same person that signed the four letters.

Shafee: The court has been informed of this, but does the recorded statement (from Al Koman), state that the money was a donation?

Shafee also questioned Nasharuddin on the events after the Malaysian delegation had taken the statement from Al Koman.

Shafee then asked the witness if he had gone to Mecca on a private jet courtesy of the royals. Nasharuddin answered in the affirmative but explained that he just followed the others.

“Don’t worry, I am not trying to imply anything here, I just want to show the hospitality of the Saudi royals,” he said.

Nasharuddin did however testify that it was not proper that a representative of the prince gave a statement instead of the prince himself.

Appointed prosecutor Datuk V Sithambaram had asked the witness whether it was proper for Al Koman to sign the witness statement instead of the prince himself.

Sithambaram: As an investigating officer, can someone other than the person named in the statement (Prince Saud) sign the statement?

Nasharuddin: No. They cannot.

Nasharuddin was then asked by Sithambaram to verify if Najib had met with King Abdullah on January 11, 2010.

The officer responded by saying that he will bring the relevant documents next week when the trial resumes.