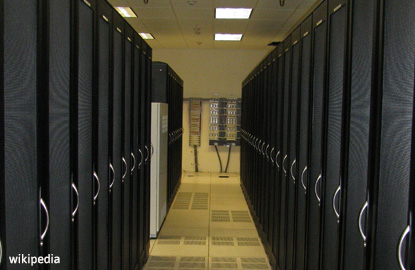 KUALA LUMPUR (Oct 4): Data centres will consume three times as much energy over the next decade and this rate of increase is a worrying trend for the local data centre industry as a whole, according to the AIMS Group.

He said despite the advancements in server storage capacity and data centre cooling technologies, the amount of energy consumed by data centres accounting for about 2 percent of total greenhouse gas emissions; or roughly the same carbon footprint as the airline industry.

Mohammad said many are still unaware that power-hungry applications are the main culprit behind the enormous power consumption by data centres.

He said the statistics show that that global data centres consume 3 percent of the global electric supply.

“And with the internet of things (IoT) set to bring in even more internet driven applications and innovations, energy consumption will increase exponentially in the very near future,”

“What people don’t realise is that, as much as 50 percent of a data centres operating costs is contributed by power consumption to support both the IT and the Cooling power requirements. Over the last 3 years, AIMS has seen an over 20 percent increase in power consumption at our data centres alone,” he said, adding that the local data centre industry is in a conundrum at how to solve the power consumption crisis of high costs as well as outdated and inefficient power infrastructure.