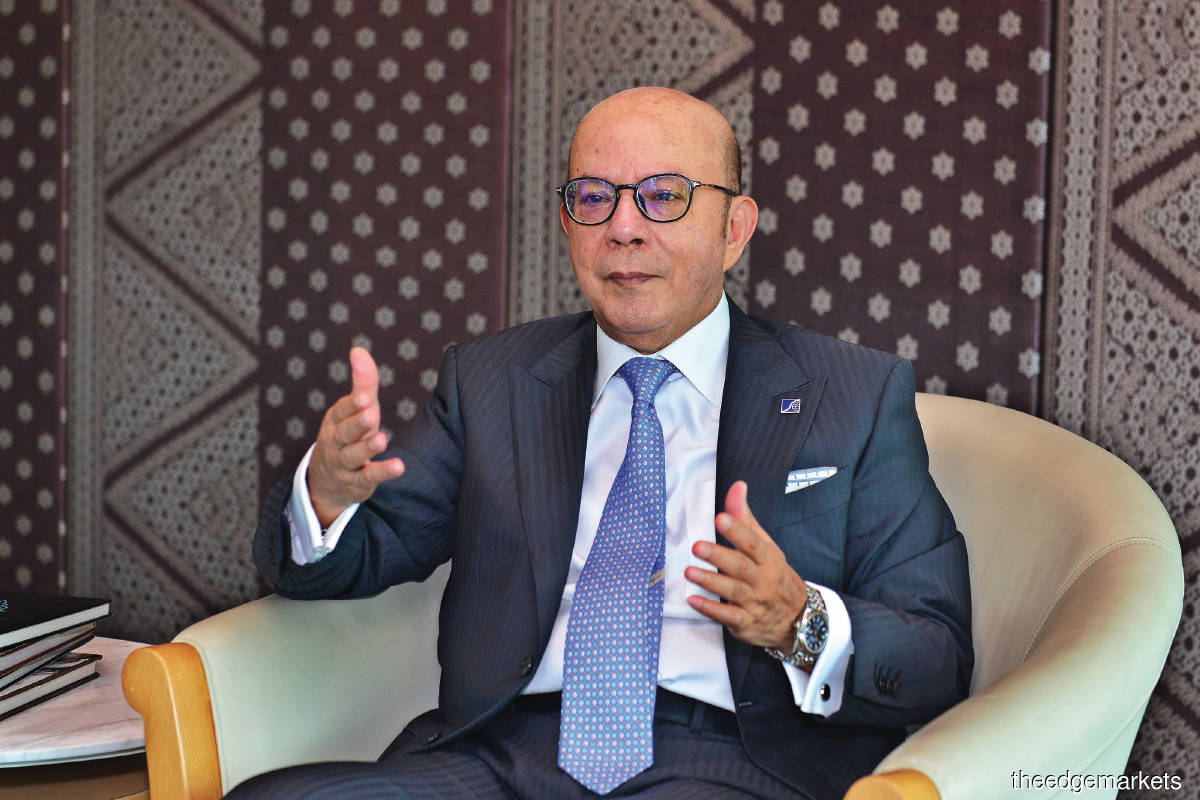 THE Securities Commission (SC) has been in the news lately for tackling many issues that fall within its wide scope of regulating and developing the capital markets.

In a recent interview with executive chairman Datuk Syed Zaid Albar on the commission’s Audit Oversight Board (AOB) Annual Inspection Report 2020, The Edge also raised some questions on other issues involving the regulatory body.

Just a couple of weeks ago, the SC was granted a stay of proceedings by the Court of Appeal in a claim for damages amounting to RM35 million by audit firm Afrizan Tarmili Khairul Azhar (AFTAAS) against the commission.

AFTAAS made the claim following the High Court’s decision in August last year to set aside the SC’s sanctions against the accounting firm for alleged non-compliance with audit standards. The stay was granted pending the hearing of the SC’s appeal against the High Court decision, slated for Sept 15 this year.

Asked about the legal dispute with AFTAAS, Syed Zaid replies, “It is still an ongoing matter at the Court of Appeal, so I am unable to elaborate on this.”

Nevertheless, he adds, “We are regulators, and we have enforcement powers. As regulators, we sometimes have to make difficult decisions; some are decisions that the other party may not be so happy about. As far as the SC is concerned, we have followed our processes, our rules and our regulations. As a regulator, we see no issue about being taken to court. It is something that is acceptable, provided as part of the justice system. It’s an independent arbitrator where both parties will get a chance to state their case. No issue for us.” At end-August 2019, the SC suspended ­AFTAAS for 12 months for non-compliance of audit standards. As a result of the suspension, AFTAAS was forced to give up the audit of public interest entities.

SC executive director and head of audit oversight, Alex Ooi Thiam Poh, says in the past, there have been perhaps a couple of cases in which audit firms reprimanded by the SC sought a judicial review.

“We are cognisant that, as regulators, it’s an occupational hazard. We are carrying out our work, and we will go under judicial review in some of the things that we do. I will say that it will test the robustness of process and procedures,” he states.

Other than the AFTAAS case, the SC’s handling of another audit-related issue, involving KPMG and publicly traded oil and gas outfit Serba Dinamik Holdings Bhd, was in the spotlight recently.

Some corporate players question why the SC did not protect KPMG when the audit giant came under fire from Serba Dinamik’s top management after flagging perceived irregularities in the oil and gas company’s accounts for the financial year ended June 30, 2021.

After the company’s shares plunged, Serba Dinamik’s management sought RM4.93 billion from KPMG in market capitalisation and other losses. At a press conference, Serba Dinamik’s chairman Datuk Mohamed Ilyas Pakeer Mohamed claimed to have spoken to both the SC and Bursa Malaysia, giving the impression that the regulators had been apprised of the issues and that everything was under control. But he was later forced to backtrack and to retract his statement after both regulators denied having met him.

Should Mohamed Ilyas have been reprimanded for making a false claim?

Syed Zaid says, “We never met him (Mohamed Ilyas). None of us did. And we came up with a press statement to say that. And if I remember correctly, he also retracted (his statement) and said that he never met (us or Bursa).”

Asked if punitive action should have been taken against Mohamed Ilyas, with perhaps a fine meted out, Syed Zaid adds, “We came out and denied it (meeting Mohamed Ilyas).

We are looking at the bigger issue which is ongoing. We don’t want to issue any biasness or prejudgement, so we thought that the withdrawal was sufficient at that time. Our investigation is ongoing.

“I can’t comment but I’d like to say what I have said previously in the press. In all these issues, it is important that [the] auditors, management and board must realise that we play an equally important role as gatekeepers. We have to be able to discharge our duties in confidence and reliably in the job we are engaged on. At the end of the day, we have to be able to preserve investors’ trust and confidence in the company.”

Since last year, a number of stocks on Bursa Malaysia that are controlled by a group of individuals have skyrocketed for no apparent reason, only to tumble in as spectacular a fashion. Some of these companies also appear to have cross shareholdings, and/or have issued a massive number of placement shares, transferred assets between each other and issued large numbers of shares to employees under employees’ share option schemes.

The Edge has reported on the manipulation of these counters on a number of occasions.

On whether enough is being done to curb manipulation, Syed Zaid says, “There is no quick fix. When we are dealing with market manipulation, it is a fine line between what is legal (that is, retailers making a punt or speculative trade) and what is illegal.

“The question which we always ask ourselves daily when we undertake surveillance is, when is a trading activity considered to be speculative and when is it manipulative?

“The modus operandi of operators has evolved over the years. Manipulation now is carried out using many (trading) accounts. This in turn makes the investigation more challenging, in the sense that we will take more time before enforcement action can be initiated. But believe me, if an offence has been committed and there is evidence which we are able to detect, we will take action against the culprit or offenders,” he asserts.

He adds, “With the use of digitisation today, things can be done very fast. We sometimes see offshore accounts are being used and all that. It’s still under investigation. We can’t simply say now. For us, at the end of the day, it’s about finding the right balance. We don’t want to be overzealous, resulting in stifling the market, but at the same time, we have the duty to protect investors.

“What is critical is how we as regulators are able to monitor the market, detect instances of abuse and to take pre-emptive enforcement action swiftly. We had successes in the past. What we need today, coming back to auditors and boards, [is] we need the ecosystem to raise red flag issues where necessary to cope with this transgression and corporate fraud.”

In August last year, Inix Technologies Bhd appointed Chinese national Wan Kok Koi — better known as Broken Tooth Koi — as its independent non-executive chairman. Wan was released from prison in Macau in December 2012 after serving a 14-year sentence for several charges including loansharking, money-laundering and heading a criminal group, known as the 14K Triad, which operated out of Macau.

Koi who was supposedly the head of the 14K triad, resigned as chairman of Inix Technologies in December the same year, a few days before it was reported that he had been blacklisted in the US, which also imposed sanctions against him because of his triad activities.

On how an individual with such a past could be appointed as the chairman of a listed company, Syed Zaid explains, “You’ve got to go back to company law. It provides who is eligible and who is not. So, if you fulfil that (criteria), legally you are entitled to, but as we have said in the past, it is ultimately the right of the shareholders.

“They must exercise their powers. We are always encouraging shareholder activism. It’s their company, so they have the right to exercise their vote.”

More recently, the SC announced enforcement action against cryptocurrency exchange Binance. It issued a public reprimand against Binance for operating a digital asset exchange illegally in Malaysia and specifically ordered its CEO, Canadian Chinese national Zhao Changpeng, to ensure that the SC’s directives were carried out. While regulators in many other countries have taken action against Binance, the SC went a step further in targeting Zhao.

Syed Zaid explains, “For Binance’s illegal activities, the SC has to identify the individual involved. If we just target the company, (there would be) no point, because they (the perpetrators) will just close shop and open up another company in another name. That was the thinking behind this. And we needed to identify who is in charge and then we mete out the necessary penalties.”