Special Report: Reform is fast becoming the only choice 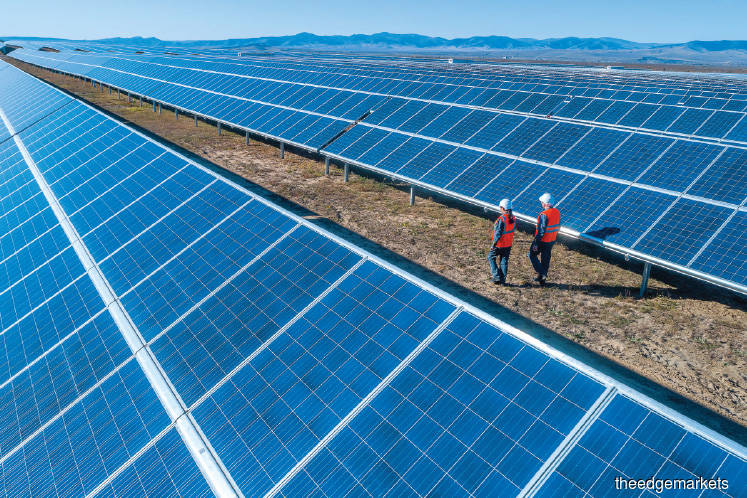 To reach our RE target of 20%, on top of our current installed capacity of 2,057mw and business-as-usual projects of 2,807mw, we need an additional 4,100mw of renewable energy projects

THE year 2020 will see the unfolding of notable developments in the energy sector, especially in the renewable energy segment. It is crucial for the country to become less dependent on fossil fuel due to economic, security and sustainability reasons, and reform is fast becoming the only choice. If not now, when?

In July 2018, as soon as the Ministry of Energy, Science, Technology, Environment and Climate Change (Mestecc) was formed, we decisively increased the national target of renewable energy (RE) in electricity generation mix to 20% by 2025, excluding large hydro above 100mw, as promised in the Pakatan Harapan manifesto.

To reach our RE target of 20%, on top of our current installed capacity of 2,057mw and business-as-usual projects of 2,807mw, we need an additional 4,100mw of renewable energy projects. In other words, from now until 2025, we will see an injection of 6,907mw into the system to meet the increasing demand for electricity.

In Malaysia, we have 3.2 million residential properties, 450,000 commercial lots, 90,000 terraced factories, 21,000 standalone factories and 1,000 shopping complexes. There is a huge total roof area on these landed properties, whose rooftop solar potential the Net Energy Metering policy can unlock.

Under this scheme, those who install rooftop solar panels are able to sell to Tenaga Nasional Bhd (TNB) their additional solar power. NEM began in 2016 but, until 2018, the take-up rate remained low because the selling price was at a low displacement cost. We realised the low take-up rate had to be turned around.

In October last year, we made a bold move and launched NEM 2.0. Under the enhanced policy, consumers can now sell to TNB based on a 1-on-1 offset basis, allowing prosumers (producing consumers) to get significant savings in their electricity bills.

Companies implementing solar leasing activities will be given income tax exemption of 70% for up to 10 years.

When NEM is coupled with these tax incentives, the payback period of rooftop solar investment ranges from two to five years, an attractive investment for commercial and industry premises.

Since the new solar leasing policies took effect in January last year, we have seen encouraging NEM take-up rate of 94mw for the first nine months. This was three times more than what had been achieved in three years previously (2016-2018) at 13mw in total. We are seeing many NEM projects in the pipeline and we believe that the take-up rate will significantly increase in the near future.

In November last year, we announced that NEM would be extended to prosumers in Sabah. The state will received a quota of 50mw and additional allocation of RM13 million from Akaun Amanah Industri Bekalan Elektrik for the next 10 years. Soon, property owners will be able to enjoy the enhanced NEM policy benefits.

Having said that, the government will continue to improve the NEM policy and the supporting enablers to boost take-up rates.

As renewable energy technology gradually matured, the price of solar panels dropped by 80% from 2009 and energy-generation prices became more competitive.

Evidently, three of the five winners who bid for the LSS3 tenders had offered less than 23.22 sen per kWh, the average generation cost for gas-powered plant in Malaysia.

For the first time in Malaysia, the generation cost of renewable energy is lower than that of gas. This is only the beginning. We will be opening another round of LSS bidding with specifications, which, hopefully, will drive down the cost further, and give attention to state land and unusable land such as mining ponds.

Implemented in 2011, the FiT mechanism is one where the government pays a premium to buy renewable energy through renewable energy funds. Since July 2018, we have cancelled 389 non-performing projects, which freed up RM2.61 billion worth of subsidies and consequently allowed us to open up more than 160mw of FiT quota to other types of renewable energy such as biomass, biogas and small hydro.

In November 2018, for the first time in the history of our nation, we launched an e-bidding system to award biogas FiT quota and, last year, we expanded it to mini hydropower. With competitive bidding, we will be able to get lower-than-scheduled FiT rates, which will allow us to award more FiT quota to more RE players.

For all that I have illustrated here, it leads to one crucial point: the distribution of wealth.

Apart from environmental motivations, renewable energy is an important driver for job creation and it creates more jobs per GWh than conventional energy. The expansion of the renewable energy sector in Malaysia will see the driving of private investments to an estimated RM33.2 billion and RE jobs rising above 100,000 by 2025.

In addition, diversifying into renewable energy will help stabilise electricity traffic because heavy fossil fuel dependence will make the tariff susceptible to the volatility of global gas and coal price. In contrast, Levelised Cost of Energy (LCOE) for RE is a function of construction cost, operation and maintenance, which is predictable.

If pursued strategically, RE is an economic sector that will contribute immensely to the climate change action, energy industry players, banking and finance and, more importantly, the well-being of the people through job security, affordable energy and a cleaner environment.

What can we expect for renewable energy in 2020? Significant growth: The LSS3 projects will take off; more NEM rooftop solar panels will be commercialised, especially by big factories and commercial buildings; solar leasing for smaller roofs will gain traction; other renewable energy such as biogas, biomass and small hydro will continue to grow through FiT; and the facilitation and policy renewal by the Sustainable Energy Development Authority.

We will also see more research and development on filling in the technological gaps for current solutions and future solutions for renewable energy.

Last September, Malaysian Electricity Supply Industry 2.0, announced plans to future-proof the electricity supply industry to make it efficient, reliable and transparent. There will be exciting developments in the coming months but let us save that for another discussion.

The road is long and winding; nevertheless, Mestecc strives to pave the way to give the nation secure, reliable, sustainable and affordable energy.