Special Report: Plight of migrant workers coming to the fore 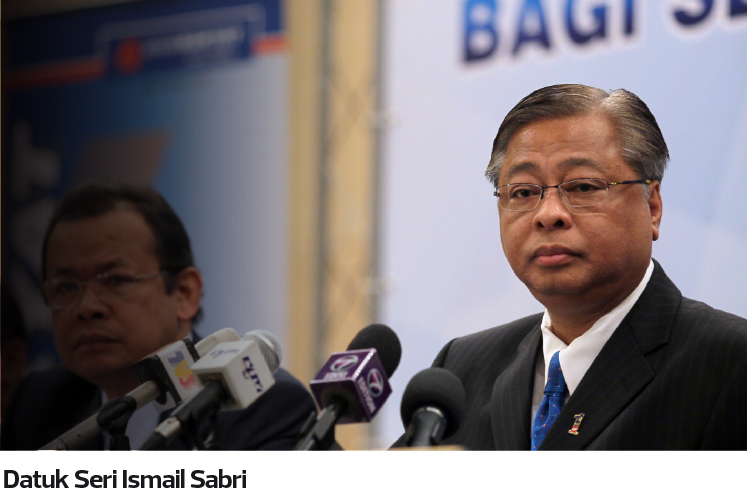 OVER the past few decades, one of the pillars of the Malaysian economy has been the foreign labour force, employed mainly in “essential sectors” such as agriculture, construction and services and as domestic help and restaurant staff. With the Covid-19 pandemic bringing the world to a grinding halt, foreign workers have had to bear the brunt of strict lockdowns imposed to stem the spread of the coronavirus.

When Malaysia announced the nationwide Movement Control Order (MCO) on March 18, many of the country’s foreign workers faced uncertainty over the payment of wages as well as job security, as the sectors they work in were badly hit.

Margharete, 29, works as a server at a café in Desa ParkCity and lives in a small apartment provided by her employer with six other workers. She has had to take a pay cut or run the risk of losing her job.

“It is difficult to survive with less pay. I have started to dig into my savings now,” she tells The Edge.

Margharete, who is from the Philippines, says the money she earns is sent back to her family as she is the sole breadwinner. “With less pay, I give less to my family, who are also dealing with the pandemic over there. Survival has become a little difficult now.” But although times are tough, she is thankful to have a job, unlike many other foreign workers here.

As at Aug 31, 2019, a total of 1.99 million foreign workers were registered under the Temporary Visiting Work Permit (Pas Lawatan Kerja Sementara), according to Immigration Department statistics. But the total number in the country could be far higher, considering the number of unregistered foreign workers.

At press time, Malaysia ranked No 3 in Southeast Asia, after the Philippines and Indonesia, in the number of Covid-19 infections, with more than 5,000 cases and over 85 deaths. The implementation of the MCO has brought the plight of foreign workers to the fore.

Tenaganita executive director Glorene A Das says, “We continue to hear that there are ongoing arrests and detention of undocumented foreign workers during the MCO. This is clearly preventing them from coming forward for tests and screening. Because of the fear, many undocumented workers are bearing the impact of this crisis.” Tenaganita is a human rights organisation dedicated to assisting, building, advocating for and protecting migrants, refugees, women and children from exploitation, abuse, discrimination, slavery and human trafficking.

Calling for an amnesty

Defence Minister Datuk Seri Ismail Sabri announced on March 22 that the government had agreed to neither look into the legal status of foreigners nor take any action against them for being in the country illegally when they come forward for Covid-19 screening.

But Margharete says that, although she is not afraid of getting tested if she has symptoms, she is afraid of the authorities despite having legal documentation. “I am afraid to go out to work. The police do not consider my papers, therefore I have to take precautions.”

On this issue, Glorene says, apart from encouraging foreign workers to come forward for tests and screening without being arrested and detained, there must be an amnesty for them. “This is being done by the Taiwan government — we can take an example from them. An amnesty with a halt on all raids and crackdowns by the authorities will give migrant workers the confidence to come forward with no fear for testing/screening and treatment if needed. This will also lead to contact tracing, which will help the entire nation to control the disease,” she says.

Another worker in the food and beverage industry, Mohammad Likhon Dewan, 26, from Bangladesh says he is facing the same problem as Margharete — he is the sole breadwinner and his family are also suffering. “It is difficult to continue working with less pay when we are the sole breadwinners of the family. So, when we get less pay, our families also suffer back home.”

Likhon, who lives with five colleagues, says they are mindful of the pandemic and are not afraid to go to the hospital if anyone is showing symptoms. “If we are afraid to see the doctor, then the number of cases will surely increase. Therefore, any one of us who is showing symptoms, we motivate and encourage them to see the doctor. We are also mindful of our comings and goings as well as our social distancing.”

The third phase of the MCO, which came into effect last Wednesday, saw the expansion of essential services from 10 to 15.

The original list of 10 services such as food, security, public cleansing management and logistics are foreign labour-intensive. Expanding the list to include services such as hotel and accommodation has brought about concerns that, by opening up certain parts of the economy too soon, public health may be compromised. On the other hand, the economy and these workers will suffer if they cannot go back to work.

In fact, some, like Likhon, are more afraid of losing their pay than getting infected. “We are not afraid of Covid-19, but we are afraid to lose our income.”

Glorene believes the pandemic could trigger a new wave of human rights violations if companies are not careful to eliminate forced labour — defined as the exploitation of undocumented migrant workers — in their supply chains.

“People who are deeply immersed in making profit off of the backs of these workers (now most vulnerable and defenceless) will certainly not change their ways. To them, protecting their workers/victims through ‘social distancing’ and other forms of health-related prevention will be utterly unfamiliar. So, it is of little concern to them if their workers, working in tight and unhygienic quarters, are afflicted with Covid-19,” she says.

In Selayang, a hotspot for documented and undocumented migrant and foreign workers, a doctor working in a public hospital is worried a third wave could originate from the area.

“We don’t know the number of Malaysians who have Covid-19 and are not being screened at the moment, let alone foreigners who come to the hospital only when they have no other choice. So, there could be a high possibility of a third wave,” the doctor, who requested anonymity, says.

The doctor adds that, although screenings for Covid-19 are done at the public hospital where she works, not many foreigners have come to get tested, and that is the worry. “The worry is that the situation [Covid-19 infection] could escalate among foreign workers, as happened in Singapore.”

In Singapore, at least 386 new cases were announced last Monday night, most of whom are “work permit holders in dormitories”, according to the Ministry of Health.

At least 15 dormitories housing foreign workers have emerged as clusters, with eight declared as isolation areas so far. This means that workers have to be quarantined in their rooms for 14 days.

So far, 7,000 healthy foreign workers in essential services have been relocated to 18 temporary housing locations, such as facilities that fall under the Ministry of Defence, Ministry of Home Affairs, Ministry of Education and Sport Singapore.

This move is to minimise disruption to essential services, alleviate the load on public health amenities and minimise the risk of these healthy workers getting infected.

As at press time, Singapore’s Ministry of Health confirmed 623 new cases of Covid-19 last Friday, the majority of whom were foreign workers in dormitories.

In stark contrast, Malaysia recorded a mere 69 cases, the lowest number since the MCO was implemented.