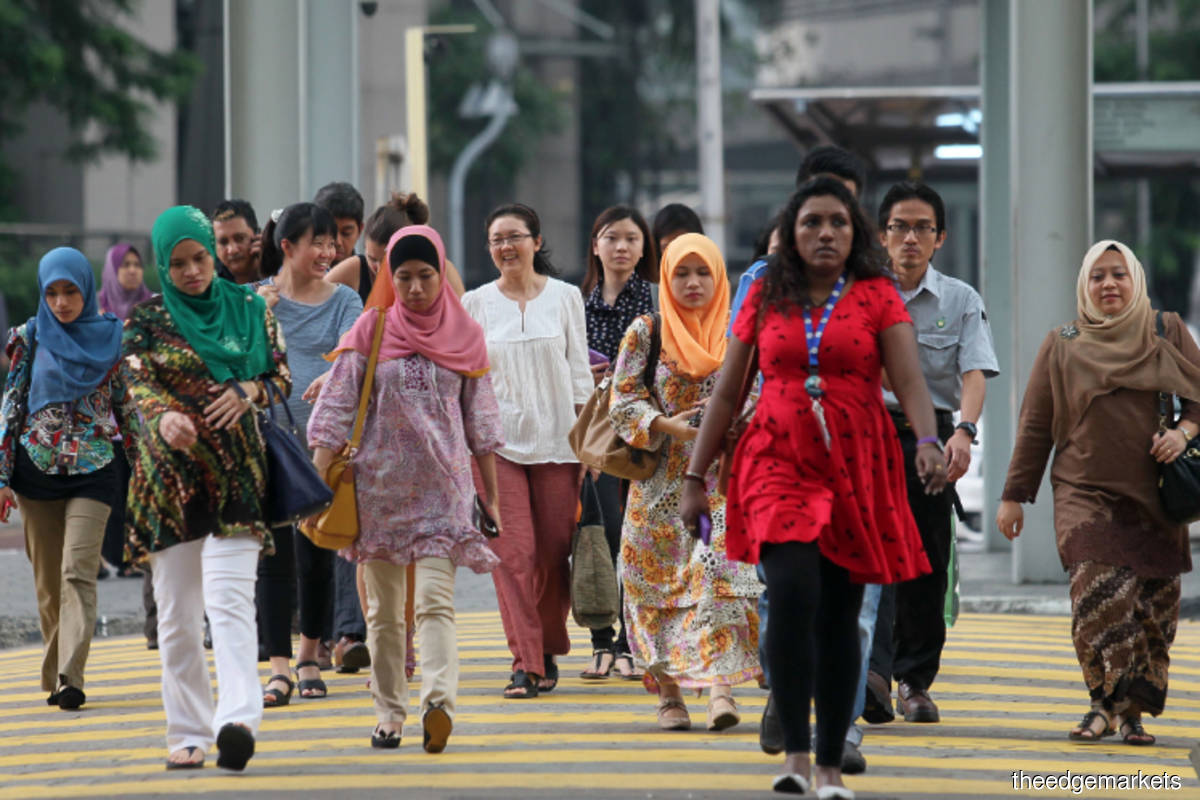 ALL Malaysians interested in the income discourse should read the 2019 Household Income and Basic Amenities Survey (HIS) and Household Expenditure Survey (HES) reports plus related figures released by the Department of Statistics Malaysia (DoSM) from July 10. If nothing else, the HIS recorded the state of income of 7.3 million Malaysian households before the impact of the Covid-19-related movement curbs hit the economy and livelihoods. Apart from data to make more informed conclusions for policy research and planning, there is interesting information on housing-related expenses as well as anecdotes that may well confirm one’s suspicions about who does the most online shopping and consumes the most takeaway food in Malaysia.

According to DoSM, there were eight million households in Malaysia in 2019. The HIS, however, represents the 7.3 million Malaysian households (7.2767 million to be exact), 80% of whom are deemed urbanites. The size of their need for government or third-party aid can vary significantly, depending on the size of household — a factor that a number of researchers have pointed out to be a necessary consideration in expanding the social safety net.

Out of 405,441 poor households, 70.4% had at least five members while 13.3% had four, according to the HIS report, which noted that this situation “clearly explains that household size is one of the factors that influence poverty in Malaysia”.

Rural populace can’t all be poor If experts from the United Nations are right about the bottom 15% to 20% of the populace living in poverty, then urban poverty is a natural conclusion, given that the 20%, or 1.47 million households, living in the rural parts of Malaysia cannot all be poor. Kuala Lumpur and Putrajaya are deemed urban in the HIS.

The DoSM’s 2020 population estimate report does not provide a breakdown on strata (urban versus rural).

There is no breakdown for bumiputera Malays and non-Malay bumiputeras, a factor that the UN’s final report on poverty in Malaysia released on July 7 says obscures the situation of indigenous people. As individuals, the country’s 20.37 million bumiputera make up 69.3% of 29.38 million Malaysian citizens and 62.6% of the 32.52 million Malaysian population (including 3.14 million non-citizens of different nationals, who collectively exceed 2.01 million Indians).

Based on data released by the DoSM subsequent to the HIS, back-of-the-envelope calculations show bumiputera households account for the most households that earn up to RM1,999, with about 307,700 households — more than the roughly 66,000 Chinese households, 25,000 Indian households and 5,000 households whose heads of household are of other ethnicities.

The disparity in the ethic group is greater at the roughly 316,800 Chinese households in the same income range that make up 16.8% of total Chinese households but account for 42.7% of income share of the ethnic group, according to DoSM data. The HIS report offered little explanation on the income disparity within the different ethnic groups but touched on the gap between the average income of the different ethnic groups, describing the “wide economic gap between ethnics” as “one of the nation’s biggest challenges” and noted that “accurate and detailed information is needed to formulate policies and precise programmes”.

The provision of more granular data to independent researchers would help enrich the knowledge pool available for reference by policymakers faced with an uphill task of expanding the social safety net for the most vulnerable in society.