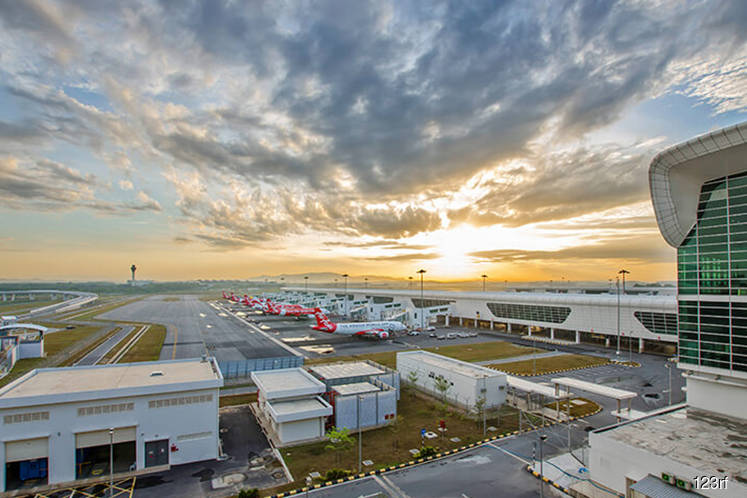 INTERNATIONAL passengers flying out of all airports in Malaysia, including klia2, are now paying the same passenger service charges (PSCs). This came into effect on Jan 1, after nine years of different pricing regimes.

However, the full-service carriers’ joy at seeing an end to what they viewed as preferential treatment to AirAsia Bhd may be short-lived as the Malaysian Aviation Commission (Mavcom) is seeking to introduce a new PSC calculation framework that would use the airport construction cost as a proxy for available facilities and services as early as end-2019.

In other words, the framework will once again lead to an asymmetrical PSC structure among Malaysian airports.

“In the long term, we want to arrive at a scenario where there are differentiated rates at different airports,” says Mavcom chief operating officer Azmir Zain.

The concept, dubbed the regulatory asset base (RAB) framework, is already in used in the power sector by the Energy Commission to calculate tariff adjustments on a six-monthly basis.

While details are fluid at this point, Mavcom indicated that PSCs would likely be calculated on a three-year or five-year basis once the RAB framework is ready.

Azmir says more details on the proposed pricing formula will be unveiled later this month.

Within the aviation industry, the RAB model for PSCs is not new.

In a nutshell, the application of the framework uses airport construction costs to gauge service levels and facilities, which in turn forms the basis for calculating the appropriate PSC.

It typically includes a regulated profitability level for the airport operator based on the weighted average cost of capital. Many airports regulated by such frameworks see returns in the high single digits.

However, it was reported that Michael O’Leary, the CEO of Ryanair, has long complained that the RAB-based regulation gives airport operators an incentive to build “Taj Mahal” facilities on the basis that the more they spend, the more the regulator allows them to charge the passengers.

The framework generally requires airport operators to justify the capital expenditure incurred in building or renovating their facilities. The PSC calculation is typically based on what the regulator finds to be the appropriate investment amount.

This means that airport operators that incurred capital expenditure that is later deemed to be unnecessary by regulators may find that they are not allowed to generate returns on the excess sum.

“It is meant to inculcate a certain discipline on the part of the airport operators when they incur costs,” says Azmir. “We are not saying that it has been lacking [in Malaysia], but we are saying that going forward we want to ensure that happens.”

When asked about what return rates could be enjoyed by airport operators under the RAB framework, he says that is still being studied, given the near-monopoly industry structure now.

For passengers, a key question will be how the new framework manages landside and airside costs for calculation purposes as it would impact the resulting PSCs.

Airside costs generally relate to the terminal building and other associated costs of processing passengers and cargo. Landside costs are associated with the aprons, taxiways and runways.

If the components are lumped together in a single-till approach, calculations would be easier. But the downside is, “it will actually disincentivise the airport operator to invest in or make improvements to their non-aeronautical activities”, says Azmir.

On the other hand, separating the airside and landside costs — the dual-till approach — does not carry such a disincentive but requires heavier data requirements.

“So, whether or not the data is ready and available in Malaysia for that kind of analysis is something which we will consider in choosing whether to go with a single till or a dual till,” Azmir says, adding that some airports around the world also opt for a hybrid-till approach.

“The PSC coming out of a dual till will likely be slightly higher than that for a single till. So, that is also another consideration.”

But given that no two airports are alike, will passengers once again see different PSCs at KLIA and klia2 under the RAB framework in the future?

Not necessarily, according to Azmir. Much depends on the level of detail that the new PSC calculation regime will be pegged to. “For example, if we decide to do it a little bit more broad-based, we will just end up setting charges for one or two categories of airports. We could just decide, for instance, that international airports have one rate while pure domestic airports have another,” he says.

Alternatively, the categorisation may be regional, for instance, one set of rates for KLIA and klia2, one set for airports in the East Coast and another for those in Sabah and Sarawak, he adds.