Special Report: ‘Break up airports for good reason, not for politics’ 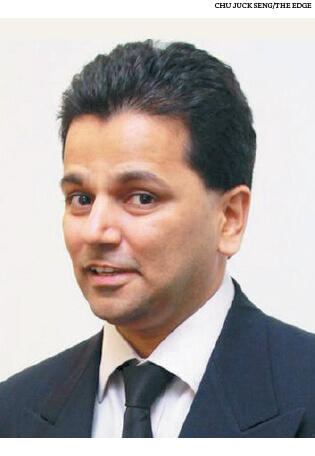 Mohshin: Under the current framework, there is disproportionate growth across the 39 airports as MAHB cannot focus evenly on all of them 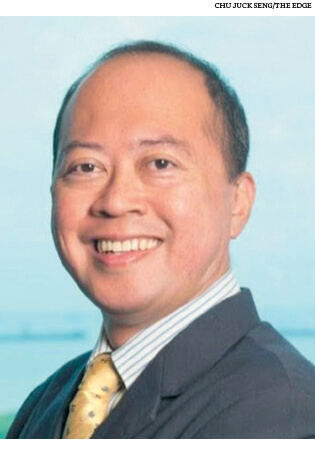 Shukor: The cross-subsidisation of loss-making airports from the profitable airports should stop. The question is whether we have the political will. 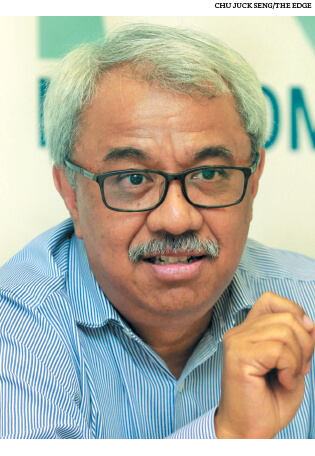 Nungsari: You cannot simply change the aviation regulatory framework as and when you like, to the point that you scare people off from investing

CALLS to open up the airport sector to new operators and allow more airports to be built, via a public-private partnership (PPP) model, have been growing since Pakatan Harapan came to power.

Recent events have shown the government’s willingness to reconsider such privatisation and liberalisation policies as the panacea for the country’s economic woes, as well as to fulfil PH’s 14th general election pledge to do away with monopolies.

Transport Minister Anthony Loke said last November that the federal government was negotiating a new operating agreement (OA) with Malaysia Airports Holdings Bhd (MAHB), the country’s only public-listed airport operator, to break up the 39 airports the latter manages into five regional clusters, in order to allow new private airport operators to run them.

Currently, MAHB has two OAs — one to operate the Kuala Lumpur International Airport (KLIA) in Sepang (including klia2) and another to operate the remaining 38 airports in the country.

Several state governments have announced ambitious plans to build greenfield airports, regardless of demand from actual passengers who may want to use those facilities. On Feb 13, Kedah Menteri Besar Datuk Mukhriz Mahathir reportedly said the Kedah government had got the green light from the federal government to move forward with its RM1.6 billion Kulim International Airport.

Taking a look at MAHB’s financial performance in the past several years, it is easy to see why private investors and state governments are vying for a piece of the lucrative airport management market. The airport operator’s net profit growth has accelerated for three straight years since the financial year ended Dec 31, 2015 (FY2015), while revenue has grown for four straight years. Its net profit jumped 3.4 times year on year to RM699.21 million in the first nine months ended Sept 30, 2018, and revenue increased 5.7% y-o-y to RM3.6 billion.

The only other airport operator is MMC Corp Bhd, via its subsidiary Senai Airport Terminal Services Sdn Bhd (SATSSB), which manages the Senai International Airport in Johor and Kertih Airport in Terengganu. According to the Companies Commission of Malaysia, SATSSB posted a net profit of RM161.54 million on revenue of RM373.74 million in FY2014 ended Dec 31. However, its net profit has since shrunk 96.2% to RM6.1 million in FY2017, while revenue contracted 84.5% to RM58.11 million.

But beneath the allure of a lucrative business, Maybank Kim Eng Securities associate director Mohshin Aziz points out that airport operators like MAHB and SATSSB operate in a highly regulated industry in which aeronautical charges are set by the Malaysian Aviation Commission (Mavcom).

“So, although MAHB has a near-monopoly in the airport sector, it cannot set its own charges,” he tells The Edge.

And not all of its 39 airports are profitable. Only seven are currently making a profit — namely, KLIA, Penang, Langkawi, Kota Kinabalu, Kuching, Subang and Miri. The 18 short take-off and landing ports that connect rural areas are loss-making and cross-subsidised by MAHB’s profitable airports.

“So, new airport operators will also need to cross-subsidise within their clusters because they will operate under the same rules, and they cannot just close down airports that are not profitable,” says an industry expert.

“And if privatising airports is something the government is considering, as it is in no position to fund future airport developments, then it should do so by open tender as in other countries,” he adds.

Still, Maybank Kim Eng’s Mohshin is of the view that breaking up airports into clusters and roping in more operators to manage them will enable the operators to be more focused on their assets.

“Under the current framework, there is disproportionate growth across the 39 airports as MAHB cannot focus evenly on all of them. It focuses on profitable or the most-in-need airports. At the other end, there are airports that have not seen any progress or development.

“If the current structure does not change, airport expansion will continue to be done on a sporadic or ad-hoc basis, with no 5- or 10-year plan kind of focus,” he adds.

Mohshin reckons that through the clustering of airports, MAHB can focus on the central cluster. “Likewise, whoever takes the other clusters can focus on those other airports.”

The important point here is that the clustering of airport operations by region is not bad per se, but that the devil is in the execution. “An airport must be undertaken by an operator who is pro-growth, is dexterous and has a strategy in driving shareholder value,” says Mohshin.

A process that is rushed through behind closed doors would not be beneficial to existing airports and the sector.

Mohshin says there are already enough airports in the country. What is lacking is cross-airport coverage, such as Penang-Terengganu and Penang-Kelantan flights.

Citing the new Kulim International Airport, he expects it to erode Penang airport’s profitability due to their proximity to each other. Nonetheless, despite being given the go-ahead to build, the Kedah government would need to get an operating licence for Kulim airport from Mavcom before it can open its doors to airlines and passengers.

Shukor Yusof, founder of aviation consulting firm Endau Analytics, concurs, adding that 40 airports are “way too many” for a population of about 33 million and about 26 million in tourist arrivals, based on last year’s figures.

He believes some of the smaller airports — such as Mersing and Alor Setar — should be closed down as the number of passengers passing through does not justify retaining them. “The cross-subsidisation of loss-making airports from the profitable airports should stop. The question is whether we have the political will to shut them down.”

As such, Shukor does not see the economic benefits or cost advantages of building low-cost carrier terminals (LCCT) in Penang and Kota Kinabalu.

“The cost of operating airports in the two cities is already low. So, there is no need to have a dedicated LCCT. The existing airports can service [the low-cost traffic].

“Take Chiang Mai and Phuket, for example. Even though their number of tourist arrivals is higher than Penang, they use existing airports,” he adds.

While he believes the plan to break up MAHB’s near monopoly on operating airports is a good move, as many are not making money, Shukor says this is not the right time to address this issue.

“The clustering of airports is workable, except that Malaysia is not big enough for this. The more pressing issue is to make airports more profitable — or profitable — and to put politics aside.

“For example, there is still a lot of potential to grow Senai International Airport. As such, it makes more sense to focus on Senai rather than clustering,” he says, adding that ideas like a new airport in Kulim are also not helpful for the country.

Mavcom executive chairman Dr Nungsari Radhi says there is a need to come up with a national aviation master plan that addresses matters such as the number of airports required in the country, projection of future air traffic, how the airports will integrate with other modes of transport — such as land and maritime — in an integrated transport chain and the funding models for the development of airports.

“The aviation master plan is part of a larger national transport policy,” he tells The Edge. “The airport funding model forms part of the aviation master plan and will be applicable to both existing and new airports. This is important if the government is considering private-sector participation to fund airport expansion or new airport infrastructure going forward,” explains Nungsari.

“Under the airport funding model, two moving parts that need to be solved are the OA (between the airport operator and the government) and the aeronautical charges including the passenger service charge (PSC) that operators can impose. A private investor may go to the capital markets to raise funding to build an airport and, therefore, they want an OA that matches their requirements,” he says.

On the part of Mavcom, it has been tasked to come out with a framework called the Regulated Assets Base (RAB) that will set the rates according to the facilities and expenditure required of an airport.

Nungsari says the completion of the RAB is taking longer than expected as the commission has to ascertain how much has been spent on the various airports by the government and MAHB.

“On top of that, we need to know how much the operator(s) will spend going forward, which will depend on their traffic projections and so on.

“We are in the final stages of putting those numbers together and we hope to complete the RAB this year,” he says.

Pressure continues to mount on Mavcom to bring down the PSC, particularly from low-cost carrier AirAsia Group Bhd, which maintains that the services provided by KLIA and klia2 are not comparable.

“We are aware of this. That is why we have to find a basis to determine the PSC for the different airports. (Until the RAB is completed) we cannot simply reduce the PSC because it will affect the existing players,” says Nungsari.

According to Nungsari, the RAB must be clear for investors and companies like MAHB to invest in and operate airports in the country. “You cannot just change like that. That is why we engage with banks, analysts and the capital markets in our RAB work to comfort or clarify with them what is the basis,” he adds.

“You cannot simply change the aviation regulatory framework as when you like, to the point that you scare people off from investing, not just in the aviation sector but in the country. Thus, when people talk about building airports, we would like for Mavcom, as the economic regulator, to be included in the conversation,” he says.