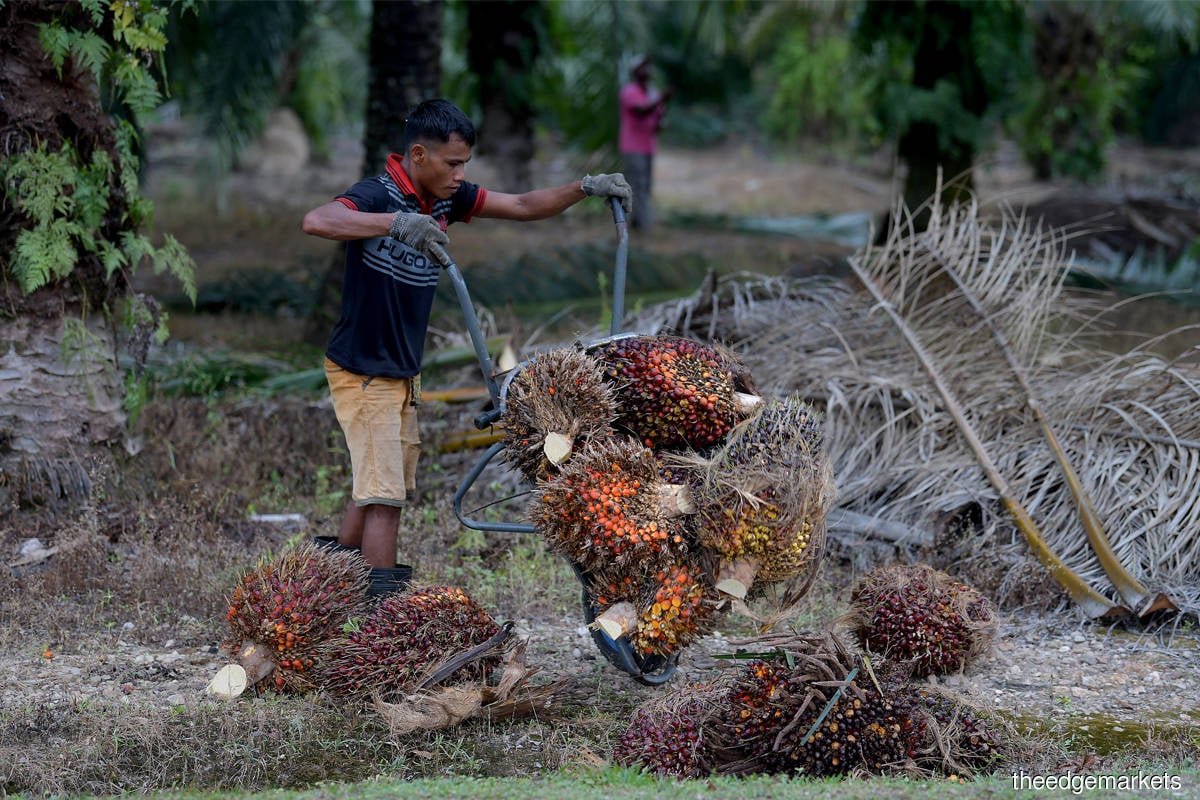 IN tabling the 12th Malaysia Plan (12MP), Prime Minister Datuk Seri Ismail Sabri Yaakob said that, in the long term, the number of foreign workers will be capped at not more than 15% of the country’s total workforce and foreign worker-related enforcement will be strengthened to support this policy.

He urged industries to increase automation and mechanisation in their production processes to overcome high dependence on foreign workers.

As a gauge, Malaysia’s total workforce stood at 16.07 million as at July, and a 15% cap would limit the number of foreign workers to not more than 2.4 million in the long term.

“The presence of a large pool of foreign workers disincentivises industry to adopt automation and mechanisation as well as move up the value chain. In addition, lax enforcement and the absence of an effective mechanism to manage the low-skilled foreign workers contributes to the increase in the number of illegal immigrants,” the blueprint reads.

“Many of the illegal immigrants were originally documented workers who remained in the country without renewing their work permits. According to the World Bank study in 2019, the total number of foreign workers was estimated between 2.96 million and 3.26 million in 2017. Of these, [an estimated] 1.23 million to 1.46 million were … illegals.”

Restricting the entry of low-skilled foreign workers is an aim of 12MP to ensure more skilled jobs are created. Although Ismail Sabri did not specify the stipulated timeframe for employers to comply with the 15% cap, industry players contend that they will need between five years and an astounding 18 years to adhere to it, since progress in the automation of processes varies across industries.

The Edge spoke to captains of industry from the plantation, glove and restaurant industries to get their take on whether this new cap will be viable in the long term.

“We, the industry, fully support the government’s plans to reduce the number of guest workers in the plantation sector in the long term. However, the most critical job in plantation, which is harvesting, is still a manual process that has not been automated yet. And, for that, we would still need to rely on guest workers for now.” He adds that the industry is aggressively pursuing the automation process for harvesting, but stresses it will not be immediate. “We have actually mechanised a lot of our operations in the plantation industry such as fertiliser application and crop evacuation, and this is evidenced by the fact that our man-to-land ratio has moved up, from one worker per 6ha of plantation 30 years ago to one worker per 10ha now. The more efficient plantation companies are even doing one worker per 12ha.

“The Malaysian Palm Oil Board has formed a consortium called the Mechanisation and Automation Research Consortium of Oil Palm (Marcop) purely to find a solution to fully automate the industry. Marcop is now aggressively pursuing this.

“However, the discovery for automating the harvesting process will take some time and we may only see it bear fruit in the next five years. In the meantime, we still need guest workers to work on plantations, particularly for harvesting, because our local workforce does not want to take on these kinds of jobs.”

The plantation industry employs about 750,000 workers, of which 85% are foreigners.

“The reason locals do not want to work on plantations is the nature of the job, especially harvesting, as it is back-breaking work. Once we have concluded the discovery process in automating harvesting operations, the job will be made easier,” says Nageeb.

“Then, the possibility of hiring locals will be there and we will not need so many workers. At the same time, we will be able to afford higher wages.”

He agrees that the reduction in the number of foreign workers can be a win-win solution for the government and industry players in the long run. “The pandemic has been an eye-opener for the plantation industry and made us realise that we have been too complacent, as we have placed full reliance on the availability of guest workers. The freeze on hiring of foreign workers by the government has impacted the industry very badly in terms of shortage of workers, resulting in potential production loss of 20% to 30%.

“In the long run, we are open to hiring locals. If possible, one day, we may just want to have local workers, as it is actually not cheap to hire foreign workers, and we do not know how long they are willing to work here and how long their source country will allow them to.

“Then, there are the [alleged] forced labour issues with the Withhold Release Order issued by the US Customs and Border Protection (CBP), which affects the plantation industry because we hire a lot of guest workers, which CBP considers a vulnerable group. The US State Department has also downgraded Malaysia’s ranking in its Trafficking in Persons Report to Tier 3 from Tier 2 previously. That is why, if we can automate and reduce the number of guest workers in this country, then we will be addressing these issues on forced labour and the Tier 3 level to which Malaysia has been relegated.”

The Malaysian rubber glove industry has maintained the same workforce size of about 72,000 employees since 2013, some 55% of which are foreigners, according to the Malaysian Rubber Glove Manufacturers Association (Margma).

The industry currently has a five-year plan to reduce its foreign workers by a further 15% through automation, according to Margma president Dr Supramaniam Shanmugam.

“The industry has been continuously automating for the past 15 years. This is exemplified by our glove output, wherein it has increased from a low of 3,000 pieces per hour to the current output of 42,000 pieces per hour. Likewise, production efficiency has increased, resulting in reduced headcount — from a high of 10 workers to produce a million gloves, we now need only 1.7 workers to produce the same,” he says.

“As it stands, automation is at the 85% level, while the last possible 15% is the most challenging and requires at least another three to five years, by which time, we would have automated to an optimum level. This last-mile automation will certainly reduce headcount, as it involves the stripping, stacking, boxing and cartoning of gloves.”

Supramaniam insists that the industry will need another 15 to 18 years to achieve the 15% cap, even with automation at the optimum levels. “Do not forget, our industry has an annual growth rate of 15% to 20%, and capacity building to fulfil global orders and demand is key to the export trade and economy of our country.”

Apart from automation, the hiring of locals is another viable solution for the industry and it plans to encourage more locals to participate.

“The 24/7 nature of this manufacturing process, however, will necessitate working in shifts and doing overtime, both of which are abhorred by locals. So, during the years of high unemployment rates, we may attract more than the usual number of locals to join the industry. However, their turnover is extremely high, as many leave for more comfortable jobs that often pay less,” Supramaniam points out.

“Our five-year plan consists of reducing the percentage of foreign workers down to 40%, roughly 3% per year. This will be done through further automation and the focused Rubber Glove Training for Locals Programme. This training programme, designed by Margma, is tailor-made for the glove industry. We believe that, by such training and certification of locals, the industry will appeal to the locals. This training programme — a joint effort between the Ministry of Plantation Industries and Commodities, Malaysian Rubber Board, Malaysian Rubber Council and Margma — is scheduled to kick off in 2022.”

“This is because locals are not inclined to take up the job of waiting tables. Primas as well as restaurants have undertaken campaigns and placed advertisements in the local media to recruit locals for the jobs, but many are not keen. The locals prefer desk jobs, and even those who take up the jobs quit after a week, saying they prefer day jobs.”

Primas represents the interests of 1,500 restaurants across the country. Suresh believes the government should provide a helping hand to restaurant owners to tide them over after the losses incurred because of the pandemic.

He says: “The government should provide interest-free soft loans or grants to the restaurants and also fund the training of locals to take over the jobs undertaken by foreigners.

“Restaurant owners need the government’s assistance, as they will incur huge expenditure to move to semi-automation and digitalisation in the effort to reduce dependence on foreign labour. Even some restaurants that want to transition to Industrial Revolution 4.0 are put off by the significant investment required for new equipment and skilled employees.

“If the government is truly committed to reducing foreign labour, then we propose the setting-up of a joint committee between the government and representatives of the various trade associations for constant dialogue and ways to reduce the workforce. At the moment, meetings between government agencies and Primas are not that frequent.”

In its 12MP wish list, think tank Research for Social Advancement said policies that provide generous incentives, along with training and advice for automation, are needed, starting with the sectors most dependent on foreign labour. “The goal is to eventually equalise the cost of foreign and Malaysian workers and increase productivity significantly so that individual wages can rise, particularly for lowly paid positions — all without increasing the unit cost of the product or service being produced.”

Should the government be able to achieve a win-win solution in the management of foreign workers — one that is viable for the industries without compromising their profitability — it would certainly help reform a longstanding structural issue in the country.