Spate of exits at The Curve puts Boustead in focus 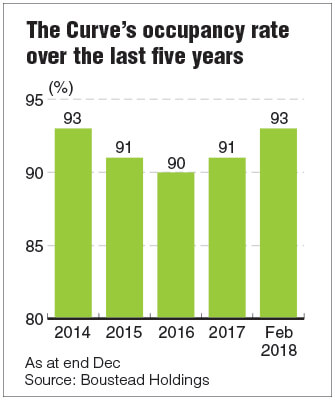 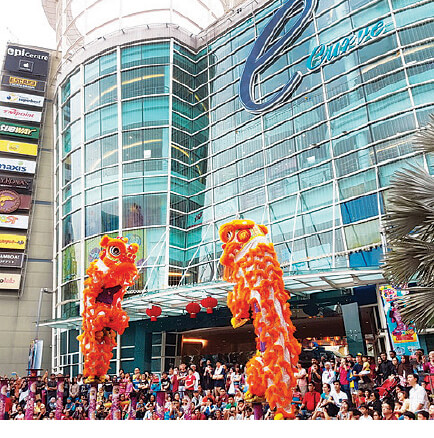 Boustead said that in 2018, it managed to secure 32 new names at The Curve and eCurve.

KUALA LUMPUR: A recent spate of exits of several long-time tenants at The Curve and eCurve has left many wondering about the future direction of the two shopping malls that are ultimately owned by Boustead Holdings Bhd.

Laundry, which had been a tenant for some 12 years, is one of the brands under Malaysian-based food and beverage (F&B) group Chaswood Resources Holdings Ltd. Chaswood is listed on Singapore’s Catalist market.

Pho Hoa, another long-time tenant, had also been there for over a decade.

These add on to other tenants that left The Curve last year, including restaurants The Apartment (also owned by Chaswood), Johnny Rockets and Bubba Gump. Bubba Gump’s spacious lot has been empty since the restaurant left in March last year after almost 10 years there.

Several tenants that The Edge Financial Daily spoke to voiced concerns about low shopper traffic and lesser activities at the two malls compared with previous years. It is understood that a few outlets have downsized their space for these reasons.

Many acknowledged that weak consumer sentiment amid current economic uncertainties is partly to blame, but they also felt the owner could be doing more to draw a bigger crowd.

However, according to Boustead, the two malls are profitable and “in a good position”, with occupancy rates that are better than the industry average.

“Turnover of tenants is expected, given the dynamic nature of the retail sector in the Klang Valley. We actually consider it manageable considering the healthy occupancy rates recorded by both malls. This is part and parcel of shopping mall management,” it said, when asked if the turnover rate at the malls is higher than usual in recent times.

“Tenants who are no longer crowd-pullers will eventually exit the market to be replaced by more relevant and current retailers. For example, we are happy to note that in place of British India at Curve’s Centre Court, we now have Uniqlo, the Japanese fashion retailer, and they are doing very well. In place of Johnny Rockets, we now have Pulau Ketam Steamboat, who is also doing well, and these are just two examples,” it said in an email response to queries from The Edge Financial Daily.

“The occupancy for the majority of malls in the Klang Valley is between 85% and 87%, and our tenancy occupancy currently stands above average,” it said, citing Knight Frank reports for the industry rates.

The occupancy rate at The Curve in the last five years has never fallen below 90%. “Hence, the Curve and eCurve are actually doing well compared to market trends,” it remarked.

Last December, the Malaysia Shopping Malls Association said that based on a survey it conducted, established mall operators in the country recorded an average occupancy rate of 92% in 2018.

Meanwhile, Boustead said the reason some of The Curve’s long-time tenants, such as Bubba Gump and Pho Hoa, moved out was because they were exiting the country.

“Pho Hoa’s brand principal in Singapore terminated the lease. Pho Hoa ceased its business in February 2019. Their last outlet in Malaysia was at The Curve,” it said.

As for Laundry, it said there was a mutual agreement to terminate the lease between both parties, as the tenancy had ended. “This is a good opportunity for us to enlist and explore a new F&B tenant.”

Boustead went on to say that in 2018, it managed to secure 32 new names at The Curve and eCurve. As for shopper traffic that year, The Curve recorded an average traffic count of 1.87 million shoppers a month, the highest in the last five years and the second highest since 2010.

“We believe that these are strong indicators of how The Curve and eCurve remain popular neighbourhood malls, despite the highly competitive retail sector,” it said.

It does not plan to rest on its laurels.

“We are constantly aware of the intense competition, both existing and future, and have been working hard with our two reputable retail consultants to carry out market studies on the overall mall positioning, tenancy mix composition and branding in order to strengthen our market presence before embarking on asset enhancement initiatives (AEI) to refresh the overall outlook of both malls. These include the timely refurbishment of both The Curve and eCurve as well as future plans in order to remain competitive in the market,” it said.

For example, it said it completed two link bridges last year, each connecting The Curve to IPC Shopping Centre and IKEA, to improve traffic circulation within the Mutiara Damansara commercial area.

The recent completion of its Nucleus Tower and the KYM Office Towers in the area, both totalling more than 550,000 sq ft of space, is expected to bring in higher daytime traffic to both the malls.

“We are also currently constructing an elevated pedestrian sky bridge that will connect The Curve and our newly completed Nucleus Tower and the office towers to the MRT (mass rapid transit) station to provide weather-proof connection to our corporate office area, which will bring the daytime traffic into the malls,” it said.

“We are looking at continuing to enhance both the physical hardware (mall facade, interior, facilities) and software (tenancies, events) of both malls, and will share further details once finalised,” it added.

On top of the AEI, it said the group is continuously refreshing the tenancy to bring in newer and trendier fashion and F&B brands. “We will be announcing these names once details have been finalised,” it said.

It argued that tenants and retailers are conscious that The Curve and eCurve are located in an area with excellent accessibility and a strong catchment of households.

“Both The Curve and eCurve are profitable but we are still striving to improve our results,” it said.

Apart from The Curve and eCurve, Boustead also has a 50% interest in another mall, namely MyTOWN Shopping Centre in Kuala Lumpur, which opened in March 2017.

Boustead’s property division — comprising property development, property investment and hotel operations — registered a lower profit of RM54 million in 2017 amid challenging market conditions and high start-up costs of its investment in MyTOWN. It made a profit of RM324 million in the year earlier, boosted by a gain of RM210 million from the disposal of an associate company.