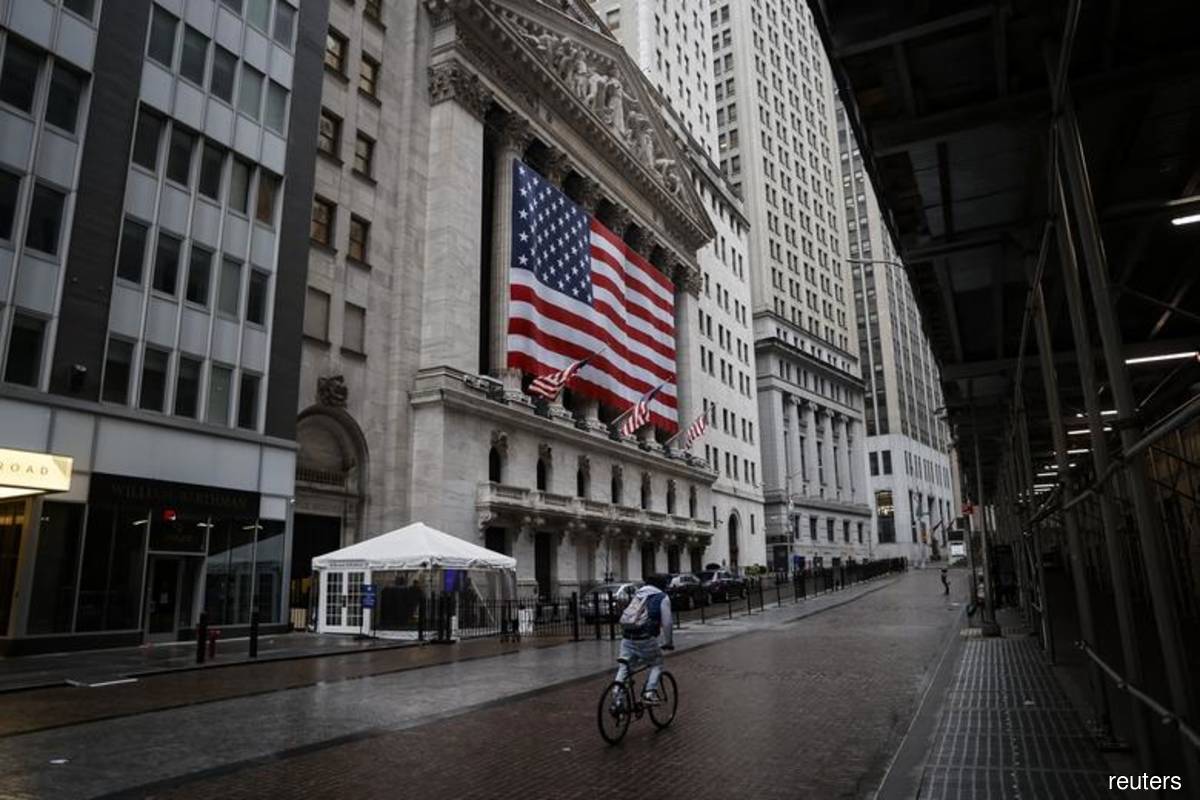 Apple Inc, Microsoft Corp, Alphabet Corp and Amazon.com Inc rose between 1% and 1.5% and were among the top boosts to the benchmark index.

High-growth tech stocks have recovered in recent sessions as US 10-year bond yield backed off from its 14-month peak, pushing the tech-heavy Nasdaq to a seven-week high and within 2% of its record closing high.

"But the disappointing read actually puts some firepower behind the Fed's accommodative stance."

The Fed acknowledged the economy was on its path to a strong rebound backed by massive fiscal spending and accelerating vaccinations, minutes released on Wednesday showed. However, the central bank noted it would be "some time" before conditions improve enough for the Fed to rein in its support.

The tech sector hit a record high, while economy-linked financials, industrials, materials and energy fell the most among major S&P sectors.

The Russell 1000 growth index, which consists of tech-related stocks, gained about 1%, while its value counterpart, comprising mostly financials and energy names, dropped about 0.3%.

The first-quarter earnings season begins in earnest next week, with results from big US banks. Analysts have raised expectations for first-quarter S&P 500 earnings increase to 24.2%, according to Refinitiv IBES data as of April 1, versus 21% forecast on Feb 5.

"People are saying (markets) have had a great run now, let's see if the earnings can support the run," said Joe Saluzzi, co-manager of trading at Themis Trading in Chatham, New Jersey.

US shares of Canopy Growth Corp dropped about 3% on a deal to buy rival Supreme Cannabis Co Inc for C$323.3 million (US$256.9 million), as the world's biggest cannabis producer bolsters its portfolio to tap surging demand.