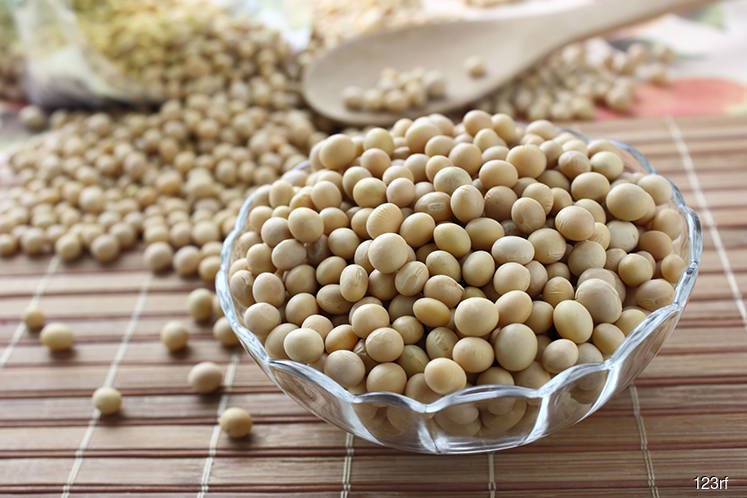 Wheat drifted lower on Friday but posted its first yearly gain since 2012, while corn ended the year nearly unchanged.

Soybeans firmed Friday as soyoil followed crude oil futures higher on strong global demand. Soyoil sometimes tracks crude oil due to its use as a feedstock for soy-based biodiesel fuel.

"The biggest disappointment for hedge fund managers may be the soybean complex," INTL FCStone chief commodities economist Arlan Suderman said in a client note, given improving weather conditions in South America for the harvest early next year.

"The thinking is that above-trend yields in Brazil ... could offset losses in Argentina," Suderman said.

The market is still digesting a record U.S. 2017 soy harvest, at a time when China, the world's biggest buyer, is tightening its soy import rules.

CBOT wheat slipped lower Friday in quiet pre-holiday trade but posted a yearly gain of nearly 5 percent, snapping a four-year skid. The spot contract ended at $4.27 a bushel, up from $4.08 at the end of 2016.

Concerns about supplies of high quality wheat and reduced planting in the United States have provided a floor to the wheat market in 2017.

Australia, a key wheat supplier to Asia, is expected to produce its lowest crop in 10 years after dry weather during the growing period and rains ahead of the harvest.

Still, some observers noted that the benchmark wheat contract had fallen in the past quarter and that there was no indication of a reverse in trend, despite concerns over U.S. crops due to cold weather in the Plains.

"Regardless of the rebound seen from mid-December, wheat prices in Chicago cannot get out from the bearish trend in place for several months. Very low temperatures in the U.S. Plains could have little impact on dormant crops protected by a sufficient snow layer, even if some areas must be monitored," French consultancy Agritel said.

CBOT front-month corn closed out 2017 at $3.50-3/4 per bushel, barely changed from its year-ago close of $3.52 as plentiful U.S. and global feedgrain stocks hung over the market.

"Corn will continue to face stiff competition from wheat until supplies tighten, but the long-term outlook appears to be brightening due to a strong emerging demand base within China," Suderman said.