KakaoBank to raise US$2.2 billion as Korean IPO boom continues 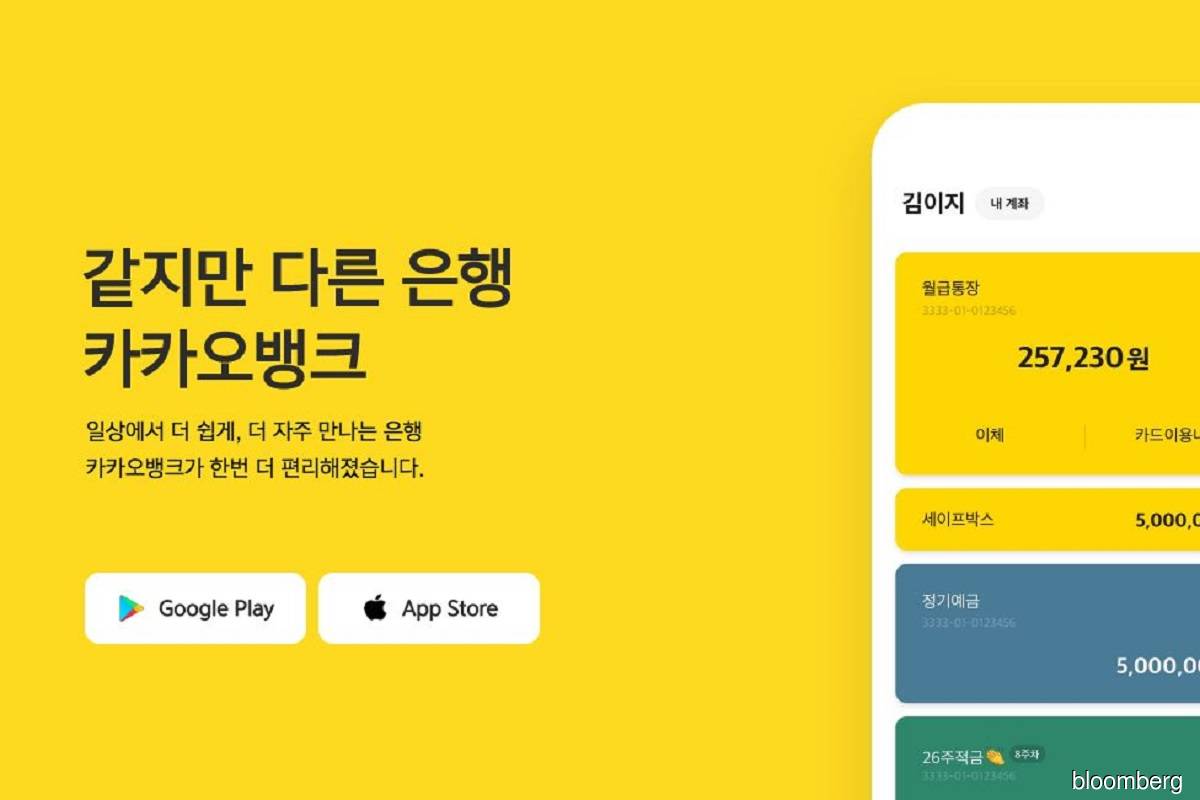 SEOUL (July 22): KakaoBank Corp is set to raise 2.55 trillion won (US$2.2 billion) after the internet-only retail lender backed by South Korea's Kakao Corp priced its initial public offering (IPO) at the top of a marketed range.

The bank, which operates no bricks-and-mortar branches, priced 65.45 million new shares at 39,000 won apiece, according to a filing on Thursday, giving it a value of 18.5 trillion won. That would make it the nation's most valuable retail lender after KB Financial Group Inc and Shinhan Financial Group Co.

The offering was more than 1,700 times subscribed by institutional investors, among the highest in the country's history. Its shares will start trading on the Korean stock exchange on Aug 6 after receiving retail investors' subscriptions next week.

KakaoBank's float stands to be the country's second largest in 2021. Krafton Inc, the developer behind hit mobile game PlayerUnknown's Battlegrounds, is slated to raise at least 3.46 trillion won when it goes public later this year.

KakaoBank's share sale comes as local regulators grow increasingly sceptical of the high valuations sought by the country's listing candidates, amid worries these prices are fuelling a stock market bubble. Krafton cut its targeted IPO size by more than a trillion won earlier this month, following pushback from regulators.

Last week, Kakao Pay Corp — the nation's largest online payment service and, like KakaoBank, an affiliate of messaging giant Kakao Corp — was asked by the Financial Supervisory Service to revise its IPO prospectus.

KakaoBank is part of a slew of Kakao affiliates taking advantage of Korea's stock market boom to go public. The Kospi is one of the best-performing Asian benchmarks this year, after beating gains in all major benchmarks last year, thanks to heavy buying by retail investors.

KakaoBank was formed in 2016 after the Korean government offered online-banking permits to start-ups for the first time in 2015. The start-up has been a beneficiary of its parent company's heft: Kakao Talk, the nation's largest mobile messenger service, has 46 million active users, covering most of South Korea's 51 million population.

"Everything about us is different from other listed financial companies in a huge way, as we are in a new sector that did not exist before," Yoon Ho-Young, the chief executive officer of KakaoBank, said at an online press briefing on July 20.