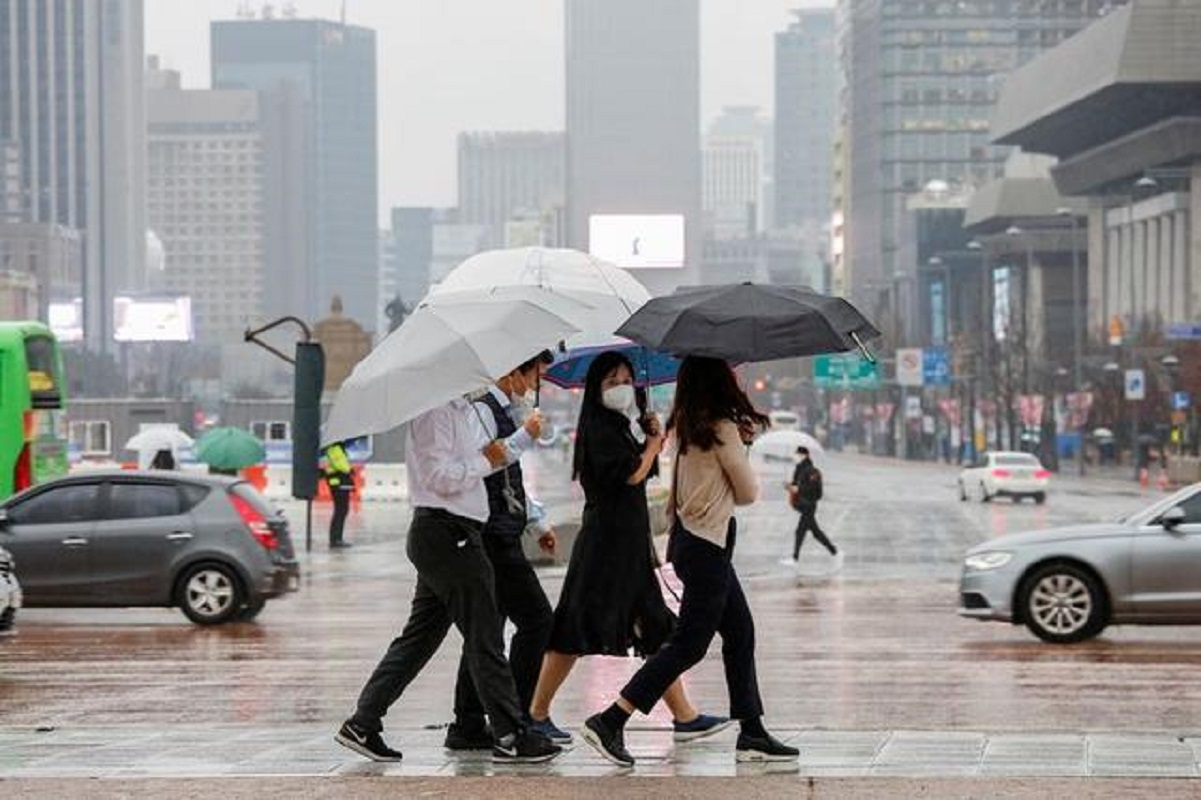 The daily tally of 271 new cases fell from 330 reported on Sunday after hovering above 300 for five straight days, a level not seen since August, according to the Korea Disease Control and Prevention Agency (KDCA).

Officials have said the numbers tend to drop during the weekends due to less testing.

The government further strengthened distancing rules for the capital Seoul and nearby regions on Sunday, three days after re-imposing curbs ahead of an annual national college entrance exam scheduled for Dec 3.

The latest measure will close bars and nightclubs, limit religious gatherings and restrict on-site dining at restaurants and cafes from Tuesday.

"If we can't sever the links of infections, our anti-virus efforts and medical responses might become unsustainable," Vice Health Minister Kang Do-tae told a meeting on Monday.

Some experts have accused authorities of failing to take stronger action earlier even though spikes in daily numbers and other benchmarks met conditions set by the government for stricter curbs.

The Korean Society of Infectious Diseases, a major grouping of doctors, issued a statement on Friday warning that infections could reach as many as 1,000 per day in coming weeks without effective measures, "overloading the tracing system, creating a vicious cycle of additional infections and depleting medical resources."

Kang did not respond directly to such criticism, but said he "regretted having to step up distancing again just in three days."

"But pre-emptive action was inevitable to brace for next week's college exam and prevent a grand epidemic which would bring a serious impact on our daily livelihoods and economy," he said.

Authorities worried the latest wave might be more difficult to stamp down because most infections occurred in the general community around the greater Seoul area, home to about half of the country's 52 million population, unlike the past when large outbreaks stemmed from specific groups.

Seoul city said on Monday it will separately impose a ban on rallies of 10 people or more and scale back nightly public transportation to minimise citizens' movements.

Many business owners expressed concerns about their livelihoods, which have already been pummelled by a series of previous curbs.

"Things have been bad enough since we opened early this year, but now I'm seriously considering launching delivery services because you never know when it will ever end," said Kim Chang-hwan, 37, who runs a small cafe in eastern Seoul.

South Korea has been a coronavirus success story after tackling the first major epidemic outside China without major disruption, thanks to an aggressive tracing, testing and quarantine campaign.

But it continues to grapple with persistent cluster infections from offices, churches, nursing homes and small gatherings, prompting authorities last week to declare the country was fighting a third wave of infection.