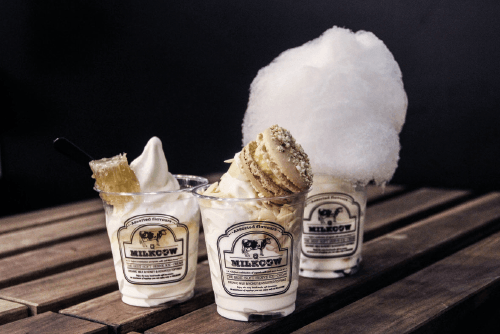 IT seems as if South Korea has taken the world by storm, a step at a time. First it was television dramas, then it was Korean pop singers and boy and girl bands … now, it’s ice-cream. Milkcow, a hit soft-serve ice-cream franchise in South Korea has opened its first parlour at The Gardens Mall in Kuala Lumpur.

It’s also the brand’s first outlet in Southeast Asia, and it’s all due to the efforts of Yeo Kian Howe, director of Blubites Sdn Bhd — the company responsible for bringing Milkcow to Malaysia.

The Milkcow brand was established by South Korea-based MCOSTAR Corporation Ltd. The company had started in the apparel industry before venturing into the food industry.

What makes Milkcow a true standout from its competitors is that its ice-cream is made fresh and delivered to the outlet once or twice a day, with each batch lasting only a maximum of three days (as opposed to usual ice-cream brands that have a shelf life of up to three or four weeks because they’re made from powdered milk). This is because the ice-cream is made using organic, preservative-free milk, which is the secret of its delicious taste and popularity.

“We know how Malaysians love food. And us being Malaysians, we couldn’t help but be drawn by the quality product that Milkcow was offering when we visited South Korea. So, naturally, we had to bring it to Malaysia,” said Yeo at the Milkcow launch recently.

“We have been surprised by the response that the Malaysian public has given us since we started operations a few weeks ago.

“It has been overwhelming, not just because of the positive feedback we’ve received at our outlet, but everywhere on the Internet, from social media to blogs and by word of mouth,” Yeo added.

Milkcow offers only one flavour — their signature milk soft-serve ice-cream, but has an array of toppings including chocolate, macaroons, organic cotton candy, marshmallows, and honeycomb. The last is the most popular in the South Korean market, and is 100% natural and sourced from reputable local bee farms.

As a result of the ice-cream being made without the use of preservatives and only with organic milk, it melts rather quickly, so it would probably be a better idea to order it in a cup.

Milkcow’s offerings are priced from RM8 to RM13, each featuring different toppings and can be served either in a cone or cup. The brand is so popular that within the past three weeks alone, Milkcow’s Facebook page has already amassed more than 6,500 Likes, and dozens have left positive reviews. 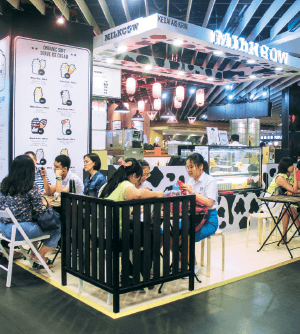