Some 100 PH MPs have declared their assets, says Minister 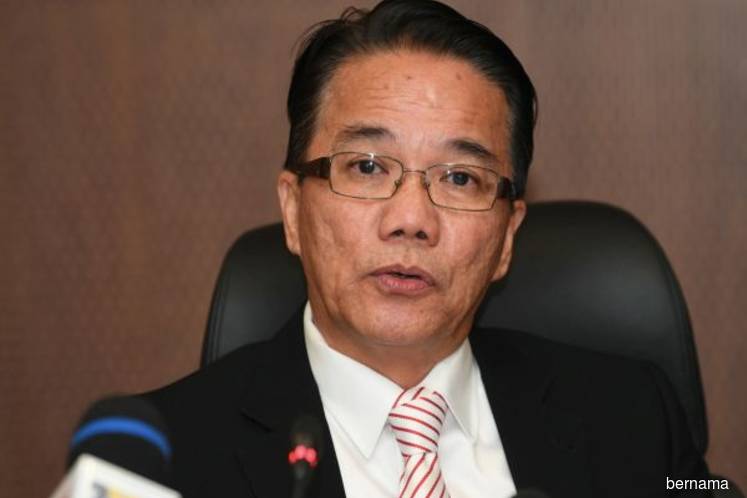 KUALA LUMPUR (Oct 31): About 100 Pakatan Harapan MPs have submitted their declaration of assets to the Malaysian Anti-Corruption Commission (MACC) and the Governance, Integrity and Anti-Corruption Centre (GIACC).

Disclosing this today, Minister in the Prime Minister’s Department Datuk Liew Vui Keong said more submissions from other PH lawmakers are expected soon as the forms are being sent through courier and would take some time to arrive.

He added that he is giving some leeway to newly elected PH Parliamentarian Datuk Seri Anwar Ibrahim, and Datuk Seri Mustapa Mohamed, the veteran Barisan Nasional MP who has just crossed over to PH, to take some time to file their asset declaration forms.

“It’s not a very complicated form but then again you need to remember the properties that you have and it requires the wife's property also, as well as the children’s who are under 21,” he said.

“So they want to have more time to get all these details. Some of them are requesting extension of time,” he said.

Liew said the MPs should not be worried if they could not declare all of their assets because the most important part of the declaration is to track their assets when they were sworn in as MPs on July 11.

“I already told them that they should not be worried too much about not being able to declare everything now because we are going to review it on a one-year basis.

“Before becoming MP, you can have whatever property. But during your term of office for five years, you need to justify if there is a sudden increase [in properties],” he added.

PH's four component parties currently have 117 seats in the Dewan Rakyat while its ally Parti Warisan Sabah has nine.

PH had in its 14th general election manifesto pledged to get all MPs, senators and senior government officials with Jusa C rank and above to declare their assets as part of an anti-corruption drive.

The MACC had originally planned to publish the asset declaration papers on Oct 1 but it was later postponed to Oct 15, and has now been further deferred to a yet to be decided date.