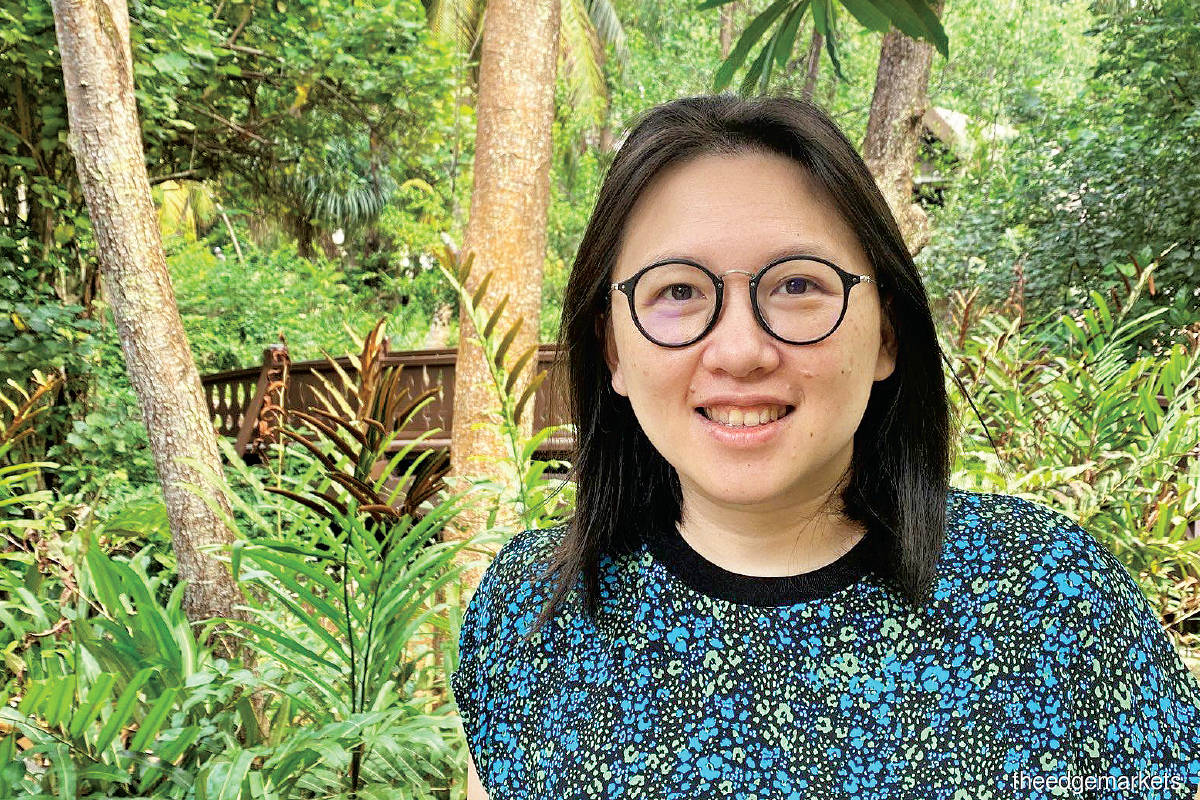 "We have seen clients changing their entire product because of what the numbers say. We’ve also had clients pull the brakes and not launch a product or buy a land because the numbers that we laid out for them is insane.” - Koh

As a trained city planner from the Massachusetts Institute of Technology in the US, she knew how good data could be useful.

“The kind of data they collect there is very different. They also have an open information act, which makes it easy to get data. Other major cities like Singapore and Hong Kong tend to follow these best practices because of their wealth and the real estate value in these countries,” says Koh.

Things, however, were different in Malaysia. There was less appreciation of data from property developers, buyers and other stakeholders in those days.

“Everyone was like, ‘we’ve done this for 30 years. Who are you and why are you telling me this? I have done well and been profitable based on my experience for so many years,’” shares Koh.

But some of them were intrigued because they felt the industry’s growth accelerating, she says. “The speed at which properties were developed got a lot faster between 2010 and 2020. The pace was unprecedented. They felt the pressure from the onslaught of information and activities.”

Eventually, Koh managed to win them over by showing them timely supply and demand data gathered using artificial intelligence (AI) and big data analysis, among other things. Other than relying on public data, the company also obtains data from unconventional sources, such as blogs and social media.

The company recently raised US$2 million (RM8.71 million) in its pre-series A round, which was led by venture capital firm Monk’s Hill Ventures. It counts corporations like UEM Sunrise, Kuok Group Bhd and RHB Bank as its clients.

“There is often an assumption of linearity where, if the last transaction was RM1,000 per sq ft, the next one must be RM1,200 per sq ft. But through our analysis, we could show that there was a huge oversupply of a certain product [in a particular case]. Our client ended up pulling out of the deal [after reading this analysis],” relates Koh.

Property developers approach Urbanmetry when they want to do land acquisitions or product planning. Banks, meanwhile, use Urbanmetry to forecast property prices and determine the asset risk of mortgage products, including from natural disasters. Utilities use its database for planning purposes. Urbanmetry does not provide valuation for properties.

Relying on this kind of data to make investment or financing decisions could become more vital as the impacts of climate change take hold. The massive floods in the Klang Valley late last year are a clear example.

“I think this is going to be the top priority for the next 30 years because if you think about it, a mortgage is a 30-year commitment. Today, which homebuyer asks about floods? They only do that in [places like] Kuantan, where floods occur frequently. It hasn’t come to the west coast yet, but I think it eventually will,” says Koh.

Urbanmetry looks at climate change data in its 10-year models and is currently working with a few international organisations to incorporate climate models into their system, she adds. Firstly, Koh assumes that all the data it obtains cannot be trusted. It has to layer the data so it can cross-check data points and minimise errors. It also has to avoid any form of data bias. For instance, many researchers currently estimate the movement of home prices by looking at the different listing sites in Malaysia.

“There is data bias because in order to list the properties on these websites, there is a fee, and only the people who can afford it tend to list it there. Subsequently, only a certain type of property is listed there,” she points out.

“This can also be observed in mobile data. The network coverage [of some service providers] is skewed towards urban areas while others only target foreign workers or students. If you don’t understand the skew in your data source, you have a problem.”

Urbanmetry is known for its use of unconventional data sources to generate insights. While this allows the company to come up with unique viewpoints, it also has to invest substantial resources in cleaning the data and verifying the information collected. This is crucial to gaining the trust of clients.

“We are known for our Nasi Lemak index, where we map [the density of] halal and non-halal food [establishments] in the Klang Valley,” says Koh. The map reflects the racial make-up of different neighbourhoods in the city.

“A lot of [housing] preferences are culturally-driven and it’s with these assumptions that we could go very wrong. In the past, some property developers had a tough time using data because it didn’t reflect what they saw on the ground.”

For instance, the data they are presented with might state an area is 60% populated by Malay families. But their staff in the gallery only see Chinese potential clients walking in every day. “To have the data accurately reflect what’s on the ground, you need to be very accurate,” says Koh.

The company uses AI and bots to make its job easier. One of the bots, for instance, is trained to count roofs on satellite images. The team named the bot “Heimdall” after a character in Marvel’s Thor universe who can see everything.

“In Malaysia, you can build structures on agriculture land and you don’t have to submit it [to the agencies]. Because of that, some agencies undercount the number of houses. You find this a lot in suburban and rural areas. For us to have a better understanding of the population, we count houses on satellite images. This would be very useful when we go to other developing countries,” says Koh.

Can data make a difference?

Complaints about urban planning in Malaysian cities are not hard to find in the news. There are protests about proposed developments in forest reserves, insufficient biking lanes or pedestrian pathways and an excess of unsold properties that many cannot afford. Then there are the flash floods that occur after a heavy downpour, coupled with landslides due to overdevelopment of sloped areas.

If all stakeholders — property developers, banks, buyers and the government — are equipped with good data insights, could things change?

Ultimately, while Urbanmetry can lay out the data for its clients, the decision is still with them, says Koh. “There are other things that will influence [the decision] like politics or even financing. Banks have a lot of power over what gets built. It’s also us [property buyers]. Why do we have the need to buy four houses? Why do we think that housing is a commodity and the price has to always go up? Why is housing not just shelter?”

Evidently, there are many stakeholders and factors at play. While Urbanmetry cannot change everything with its data prowess, Koh believes that it is helping stakeholders consider various factors before making decisions.

“We have seen clients changing their entire product because of what the numbers say. We’ve also had clients pull the brakes and not launch a product or buy a land because the numbers that we laid out for them is insane,” she says.

“We don’t think we are superheroes but we have made an impact. Even if the clients still [stick to their decision], at least they thought about it [the risks]. Our worst nightmare is when there is abandoned housing because the project is launched and doesn’t get financed. We are around to prevent it from happening.”

She also hopes to make mortgage data more accessible so that over-speculation of property prices does not become a problem.

“We are a tech company and will continue to be so. We hope to make a change beyond just property developers, governments and banks. We also have plans to help end-consumers make better decisions,” she says.