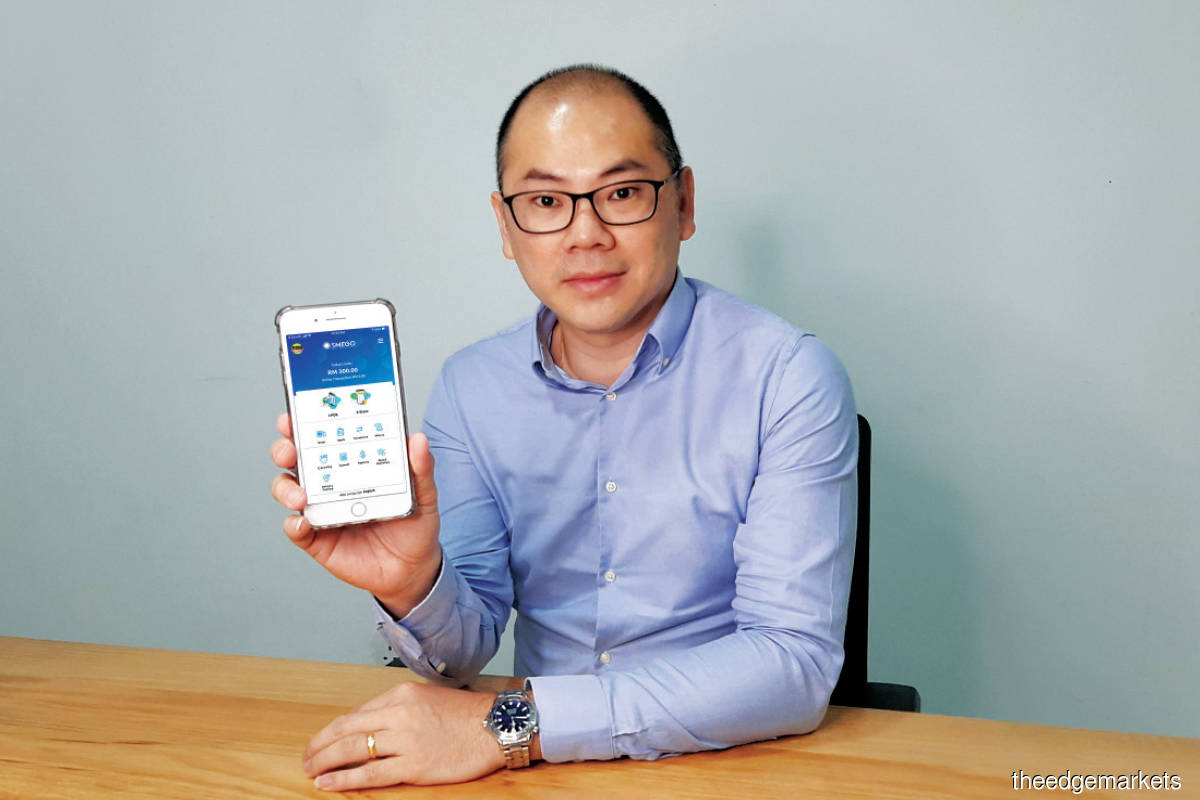 Chew: If they don’t transform now, sooner or later, their [business] will suffer even more

A decade ago, when Datuk Westin Chew visited Kelantan, he went to a shop to buy a pair of slippers. To his dismay, he was told a pair was priced RM10, but two pairs would cost RM30. Perplexed as he was, he left the shop after getting a single pair and came back a little later to get a second pair.

Chew faced a similar situation again. This time, a shop selling cooking gas underpriced the cylinder at RM20 when the ceiling price then was RM30.

Operating a business properly and developing financial acumen, however, aren’t just challenging for owners of small sundry shops but also for e-commerce purveyors like Chew’s wife, who was often at her wit’s end trying to figure out how to upload product pictures on her e-shop.

For years, these encounters continued to niggle at Chew. Having owned several brand strategy and advertising businesses for over 20 years, he realised that the fundamental problems these businesses faced were poor account keeping and mismanagement and that such discrepancies could be solved by digitalising their operations.

In 2017, Chew put his idea to work and set up SMEGO, a mobile-first platform to help micro, small and medium enterprises (MSMEs) go digital and, in turn, earn a more sustainable income.

Designed to be a full ecosystem for businesses to manage and sell products, SMEGO is a back-end solution that integrates accounting, stock inventory and e-commerce platform management all in one.

Chew launched it in Hong Kong, considering that the financial district of Asia was more tech and mobile savvy. But penetrating that market was more complicated than he had realised, especially in understanding the needs of the business owners on the island.

After a little more than a year, Chew called it quits and returned to Malaysia, where he began work on altering the mobile platform to assist local businesses.

But just as the team was working towards a relaunch of SMEGO with more features, the coronavirus pandemic threw a curveball that disrupted the workings of many businesses.

Spotting the opportunity, Chew went ahead and pushed the app out with the existing basic features to assist MSMEs that were threatened by lockdown-induced closures in 2020. The app has since garnered about 300 users.

He points out that although 80% of Malaysians are social media users, there is a huge gap to be addressed in terms of business digitalisation. While these users are well versed when it comes to scrolling Facebook and making TikTok videos, they aren’t savvy about using the platforms to optimise their business, he says.

That is why SMEGO works directly with local associations and brick-and-mortar resellers to educate MSMEs on how to use the app, via webinars and physical events.

The idea was to utilise the device on hand. As most Malaysians have access to a smartphone, SMEGO was designed for mobile usage, giving businesses access to their accounts from anywhere in the world.

“We are trying to move away from computers [given that not every business owner has one]. Even our point-of-sales is integrated into the mobile phone [via the SMEGO app]. This is the future,” asserts Chew.

He wants to conduct online and offline training on SMEGO for businesses in specific industries as well as create a series of short videos for merchants to access through the app.

“For a lot of traditional business owners, digitalising [their businesses] is a hectic transition,” Chew points out.

Businesses that sell a product or two would rather focus on production and marketing, rather than spend time figuring out complicated procedures to get themselves listed on e-commerce platforms. However, in the current landscape, businesses have no choice but to adapt to digitalisation.

“If they don’t transform now, sooner or later, their [business] will suffer even more. Therefore, we urge micro, small or big businesses to try to adopt as many digital solutions as possible. In the event there is another lockdown or another pandemic arises, they [will be] ready [to deal with what comes],” he says.

These companies should at least create e-catalogues for customers to browse and make purchasing decisions, as well as a platform to manage their inventory and accounts.

“It is easy [to use SMEGO] because you don’t need a fancy design interface. What you need to do is make it [viewing and process] usable for people to see and buy and then you can upload [the products] easily,” says Chew.

He adds that e-store templates for businesses will be introduced on the app soon. His company is collaborating with the Ministry of Entrepreneur Development and Cooperatives and the Companies Commission of Malaysia to assist more firms to digitalise their businesses.

Leveraging the popularity of live feeds on social media as a medium to buy and sell online, Chew is looking to integrate these options into SMEGO for businesses to easily conduct live sessions and manage after-sales inquiries.

The plan is to have the app automatically prompt links during live sessions for customers to directly purchase the items and capture the data for businesses to ship out the products seamlessly, instead of having sellers drop each customer a direct message and converse endlessly before sealing the deal.

He also hopes to integrate the app with Shopee and Lazada for their merchants as well. These features are expected to be rolled out in a few months.

In the long term, Chew wants to build artificial intelligence capabilities into the app for better audience targeting, with the input from social media and digital advertising data.

Also, in the pipeline are plans to expand SMEGO to Indonesia, he adds. “In Indonesia, there are 64 million businesses [compared with] Malaysia that has about 900,000 to one million. MSMEs make up more than 90% of businesses in Indonesia, which makes SMEGO suitable for the market.

“However, digitalising Malaysian businesses remains SMEGO’s top priority. Hence, the expansion plans will only be [executed] by the end of this year or early next year.”