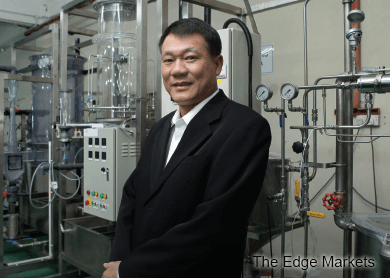 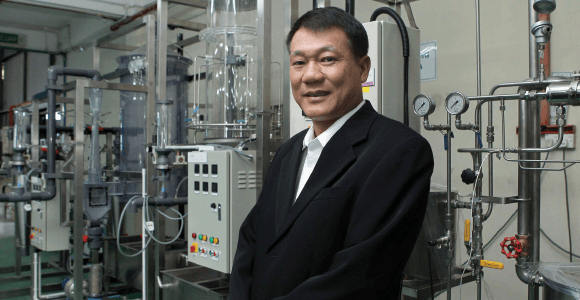 “As an export market player, there are two things going in our favour [this year]. One is the US dollar appreciation against the ringgit. Another is the fact that all exports will be exempted from the 6% goods and services tax come April,” he said.

The ACE Market-listed company is targeting to post a revenue of RM43 million for FY15, a 20% increase from the RM35.91 million recorded in FY14.

SEHB (fundamental: 2.5; valuation: 2.4) saw its net profit for FY14 grow 409.9% to RM3.8 million from RM745,000 in FY13, on the back of strong investments in engineering training made by the oil and gas (O&G) industry and contributions from its overseas counterparts.

“The training investments in O&G will be significant for the next five years, which is why we foresee growth in our revenue,” said Lim.

Revenue contribution from its lubrication production arm, Solution Biogen Sdn Bhd, is also expected to double in FY15 as it relocates its production facilities to a new plant in Bukit Kemuning, Shah Alam from Puchong.

“With the new facilities, we are able to increase production of these lubricants and our sales revenue is expected to grow very significantly this year,” said Lim.

Solution Biogen contributed RM1.8 million or 5% to the group’s revenue for FY14.

Its executive director Lim Chiou Kim said the facility will be ready by 2017 and will be built on a piece of leasehold land, which the group had secured from Technology Park Malaysia Sdn Bhd.

She added that the facility would boost the group’s production of engineering equipment by 50%.

Nevertheless, the bulk of the group’s revenue still comes from the domestic market, with the largest of its foreign markets being the Middle East.

“We supply to about 95% of the local technical colleges. Our biggest client locally is University Teknologi Petronas,” he said.

Lim also said SEHB is in the midst of acquiring two companies to boost its education niche, but declined to name them except to say that one is local and the other foreign.

“Our core business is still in training. So we will acquire targets in the similar industry. We’re currently looking at targets which have niches in the electrical and software expertise. This is complementary to our current product range,” he said.

Today, SEHB is one of the top 10 producers of engineering solutions for universities worldwide.

“About 90% of the technical colleges in Malaysia are our customers and we are the market leader in terms of education equipment supplies locally. Our major competitors are from Europe, the UK and Germany,” he said. “We focus on a niche segment, but this is good as we don’t have to deal with too many competitors.”

Going forward, Lim said the group plans to expand into the North and South America markets.

SEHB shares closed down 3.57% at 27 sen on Friday, giving it a market capitalisation of RM53.02 million.