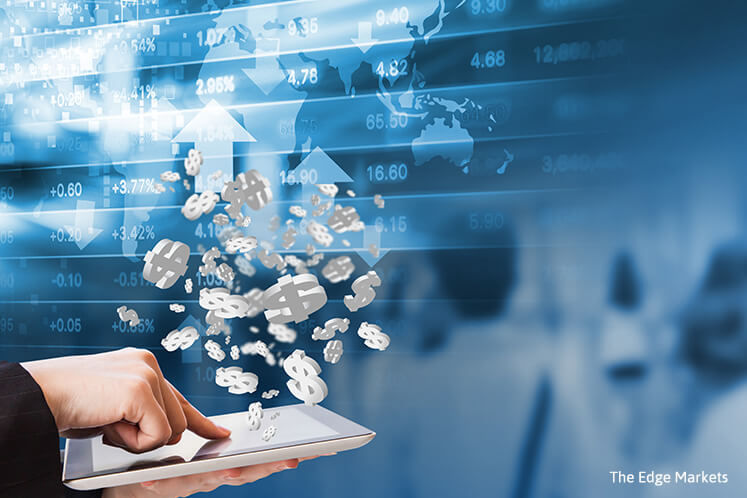 INVESTMENT accounts (IA) in the Islamic banking industry have grown at a strong pace since they were introduced in Malaysia almost two years ago — under the Islamic Financial Services Act 2013 (IFSA) — as a distinct syariah-compliant asset class.

Bank Negara’s latest monthly banking statistics show that IAs have since grown to RM74.2 billion as at February this year, accounting for 13% of total liabilities within the Islamic banking system.

“We expect growth in IAs in Malaysia to remain strong over the next three to five years as a result of the active promotion by the regulator and banks. Malaysian banks have strong incentives to promote IA growth because it provides capital benefits and an additional source of funding to grow their assets,” says Simon Chen, a vice-president and senior analyst at Moody’s Investors Service, in an April 7 report.

Chen, in an interview with The Edge, says the IA growth pace will likely normalise after last year’s particularly strong growth of 56.3%. “That kind of significant growth is not sustainable as it was the result of a one-time migration of certain (deposit) accounts into IA,” he explains.

He estimates that by 2020, IAs will probably account for some 16%, or still less than a fifth, of the Islamic banking system’s total liabilities. “What we’re flagging is that there are opportunities for banks to diversify their funding into these type of IAs as customers become more and more aware of it,” he says.

IAs — essentially an investment product — are defined in the IFSA as accounts under which money is paid and accepted for investment in accordance with syariah principles and on terms that state that there is no express or implied obligation to repay the money in full.

An important feature of IAs is the sharing of risk between the bank and the account holder. IA returns are tied to the performance of the underlying assets, which are typically the bank’s loan assets.

For an investor, IAs are attractive because they potentially offer much higher returns than a deposit account. But, unlike a deposit account, the principal amount in an IA is not guaranteed by Perbadanan Insurans Deposit Malaysia.

“Profit and losses have to be shared, so investors have to be more careful now because this is no longer a guaranteed product. Bank Negara made it very clear from Day One that banks have to tell IA holders that these are not deposits, these are not principal guaranteed, returns are volatile and you might take losses,” Chen says.

He explains that if the underlying loan assets — they could be mortgages or auto financing, for example — generate cash flows for the bank, then the returns would be split between the bank and the IA holder, based on the agreed-upon ratio.

“However, if the assets do not make money, suffer a loss, the loss has to be shared between the bank and the investor. This is very different from a deposit account, where the bank guarantees the depositor (a certain percentage),” he says.

IAs are structured to suit the risk profile of the holder. But given the relatively higher risks, IA holders today tend to be more institutional investors and high-net-worth individuals. “That’s really the starting base,” Chen adds.

Bank Negara introduced IAs in a bid to spur innovation in the industry. “In the past, growing the Islamic banking sector was really about trying to mirror what the conventional banks are doing. But now, we’re at the stage in Malaysia where we can embrace more innovation. So, I think the central bank is taking the step that we are ready now to introduce more of such products that are more holistic Islamic finance solutions. This profit-loss sharing is really at the heart of what Islamic banking is,” he says.

Still, a key issue that remains is whether, and to what extent, the loss-sharing mechanism in IAs will be honoured by banks in case of actual losses, he adds. He points out that a significant loss to test the resilience of this regime has yet to occur.

“Our concern is underpinned by our observation that Islamic banks in other jurisdictions, notably some Gulf Cooperation Council countries, in practice do not exercise the contractual loss-absorbing nature of IAs. This is perhaps because of customer expectations and out of fear of reputational damage, and can result in Islamic banks bearing much, or all, of the assets risk on behalf of IA holders,” Chen says in the report.

Nevertheless, he points out that a mitigating feature for Malaysia is that the regulators have put in place safeguards to protect the banks, such as the segregation of IAs from deposits.

Not all Islamic banks in Malaysia are active in IAs. Those not active include Al Rajhi Bank Malaysia, Hong Leong Islamic Bank and Public Islamic Bank.

“I think the local banks have all done it, to some extent. It’s still early days and I think they’re still refining the marketing, pricing ... and they also have to do a lot to educate the investors. I think some banks are not seeing the benefit of going all out right from the start because there’s a cost to going all out. You have to invest in the systems, in the human resources, the processes, the due diligence to get this up and running,” he says.

Banks which have a sizeable portion of liabilities as IAs include Maybank Islamic, RHB Islamic, CIMB Islamic and Standard Chartered Saadiq.

Bank Negara’s effort to promote this financial channel is also reflected in the introduction of an Investment Account Platform in February last year. The platform helps connect companies, typically small and medium enterprises, that are seeking financing and investors looking for investment opportunities. It allows investors to fund private or government-related ventures seeking financing to grow their business. It was developed by a consortium of six local Islamic banks, including Bank Islam, Bank Rakyat, Maybank Islamic and Bank Simpanan Nasional.

“We believe this factor to be a catalyst in the current strong growth of IAs,” Chen says. In the latest deal under the IAP just two weeks ago, Bank Islam was the sponsoring bank for CMC Group Sdn Bhd, which is seeking RM12 million to part-finance a project in Vietnam.