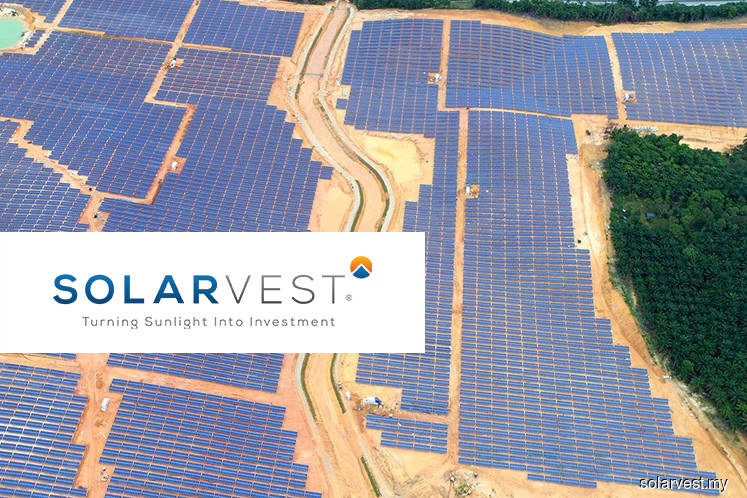 KUALA LUMPUR: Solarvest Holdings Bhd, whose share price rose as much as nine sen or 8.18% in early trade yesterday after gaining 6.8% on Monday, said the surge of investors’ interest in its shares could be due to news of a memorandum of agreement the group inked with egg producer Teo Seng Capital Bhd.

The preliminary agreement, which was signed on Nov 21, 2019, is for the installation of solar photovoltaic panels across Teo Seng’s farms and factories in Johor, Solarvest said in a stock exchange filing yesterday.

The news, which was announced on Nov 21, was also shared by its group chief executive officer (CEO) Chong Chun Shiong during a Bursa Marketplace session last Thursday, Solarvest said in response to an unusual market activity query from Bursa Malaysia that was issued on Monday following the spike in Solarvest’s share price.

Chong had also shared some latest development of the group’s business, Solarvest said, as well as that the group had an unbilled order book of RM184.5 million as at end-September 2019 for various projects in the pipeline. These had previously been disclosed in Solarvest’s latest unaudited financial results for the financial period ended Sept 30, 2019, it added.

Other than that, Solarvest said it is not aware of any corporate development, rumour or other possible explanation that could have led to the share price rise.

At market close yesterday, Solarvest’s share price had pared its morning gain to close unchanged at RM1.10, with a market capitalisation of RM429.69 million, after 26.88 million shares were traded. It was the 20th most actively traded stock on the local bourse.

Solarvest made its ACE Market debut on Nov 26 last year. Its current share price is over three times its initial public offering price of 35 sen apiece.