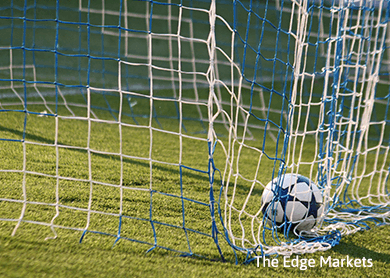 KUALA LUMPUR (March 6): Malaysia have asked that an Asian Cup qualifier against North Korea be moved to a neutral venue, as relations between the two countries worsen after North Korean leader Kim Jong Un's estranged half-brother was killed in Malaysia.

Football Association of Malaysia (FAM) General Secretary Hamidin Mohd Amin confirmed a request had been made to the Asian Football Confederation (AFC) not to travel to Pyongyang for this month's fixture, after talks with Malaysian authorities.

"The government have asked us not to go to Pyongyang," Hamidin told Reuters on Monday. "We asked the AFC today if we could play in a neutral venue. We expect a decision by the end of this week."

The AFC confirmed it had "received a request from the Football Association of Malaysia to have the AFC Asian Cup UAE 2019 final-round qualifier against DPR Korea, scheduled for Pyongyang on March 28, 2017, played at a neutral venue," the AFC confirmed in a statement to Reuters.

An alternative venue has yet to be put forward.

The two nations were due to open the final phase of qualifying for the 2019 Asian Cup finals with a Group B encounter at Pyongyang's Kim Il Sung Stadium.

But Kim Jong Nam, the exiled half-brother of North Korean leader Kim Jong Un, was killed at Kuala Lumpur International Airport on Feb 13. Both South Korean and US officials believe he was assassinated at by agents acting on behalf of North Korea.

Diplomatic relations between the countries have been strained since his killing. On Saturday, the Malaysian government gave North Korean ambassador Kang Chol 48 hours to leave the country.