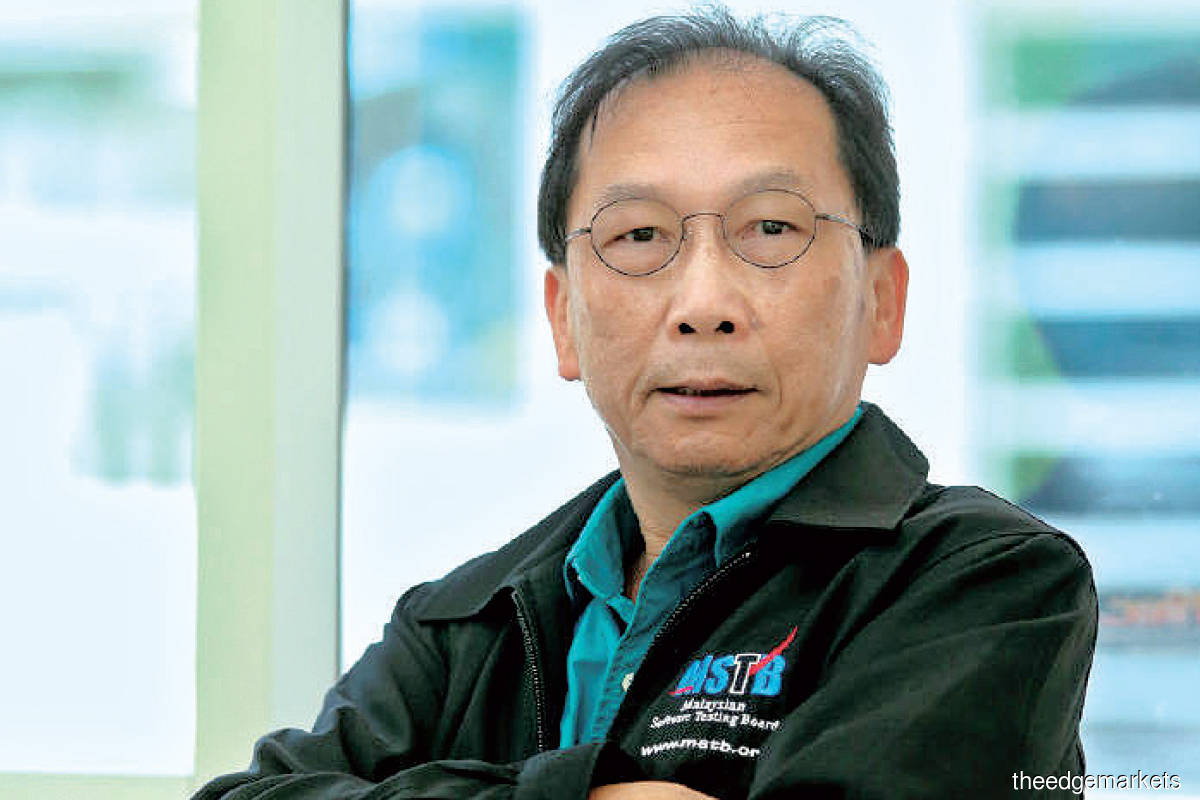 Sia: We have started to pick up more orders for delivery in 3Q and 4Q and the smart device segment will remain the biggest contributor

PENANG-BASED test equipment firm MMS Ventures Bhd (MMSV) is banking on its high-margin smart device segment to make up the shortfall in revenue caused by the recent lockdown due to the Covid-19 pandemic.

In an interview with The Edge recently, co-founder and CEO Sia Teik Keat says the company’s 2Q performance was severely affected by the Movement Control Order (MCO) implemented from March 18 to May 4, but things are expected to return to normal in the second half of the year.

“We have started to pick up more orders for delivery in 3Q and 4Q and the smart device segment will remain the biggest contributor, accounting for 60% to 70% of the company’s revenue. This segment is underpinned by the smartphone market, which is expected to see new iPhone model launches towards the end of the year,” he explains, adding that Apple is its biggest end customer.

Margins for the smart device segment are about 35%, according to Sia. “The segment has the biggest potential in terms of volume and margin. We hope that this will remain so [after the lockdown].”

Other segments, such as automotive and original equipment manufacturing (OEM), are also facing a challenging year as a result of the pandemic. “A lot of new product launches [in the automotive segment] have been postponed to next year, possibly due to concern over market demand, while the OEM segment has been disrupted by the ongoing US-China trade war,” says Sia.

Some 55% of MMSV’s products are for local multinational corporations while China is its main overseas market, accounting for 28% of its total revenue. To boost its business growth, the company is on the lookout for partners from China, given its sizeable market, says Sia.

“We hope to capture more business from China through Chinese partners. It could be for the automotive, general lighting or smart device segments.” Due to the market uncertainty, the company has slashed its sales target to about RM30 million from RM45 million previously. Last year, it achieved RM43 million in sales.

“We don’t think we can meet [the initial target] anymore. This has been a tough year. We lost 2Q, at least six to eight weeks. This year’s sales will definitely be lower than last year’s,” says Sia.

Sia explains that this was due to its customers in the smart device segment experiencing a drop in sales volume. “You can observe that new iPhone models have been seeing slower sales, except for the last quarter, which reportedly have gone up.

“We can get more load and revenue if sales pick up in the next two quarters. At the same time, we have to secure new customers and segments to make up for the difference in revenue and earnings.” MMSV has more than 15 customers, of which seven or eight are its main clients. The top three customers contribute about 60% to its top line.

When asked whether mergers and acquisitions would be an option to expand its customer base, Sia notes that it is not easy to find a suitable company, as they are either too small or lack potential. “Another option would be joint ventures, especially targeting the Chinese market,” he adds.

Meanwhile, the company has been in talks with glove players to help them automate production lines, as fewer than 50% of them are automated. “Let’s see whether we can get this started early next year. [The problem is] glove makers are not willing to spend much on automation,” says Sia.

Despite the weaker US dollar, there has not been a significant impact on its exports business. “Anything above 4.1 [ringgit against the US dollar] is very strong for us,” he says.

About 60% of the company’s revenue is denominated in ringgit while 20% of its costs is in US dollar terms. As at end-March, the company was in a net cash position with no borrowings. Its cash and cash equivalents stood at RM23.09 million. It spends about RM2 million a year on R&D.

As at May, non-independent, non-executive director Goh Kim Hock and Sia were the two largest shareholders of MMSV, with 16.07% and 12.14% equity interest respectively.