Slower growth but not heading into recession 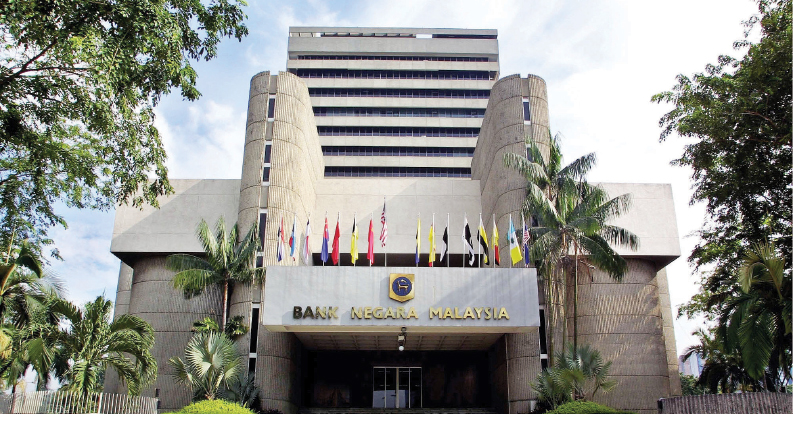 Nor Shamsiah believes that Malaysia is in a position to weather the storm ahead on the back of a current account surplus, adequate total reserves, and the banks are in a strong position in terms of capital and liquidity. Photo by Bloomberg

KUALA LUMPUR: The Malaysian economy is expected to remain on the growth path driven by the resilience of private consumption and continuation of civil engineering projects, as well as the recovery from the supply side shocks, said Bank Negara Malaysia (BNM) governor Datuk Nor Shamsiah Mohd Yunus.

The governor yesterday announced that the country’s gross domestic product (GDP) expanded 4.7% in the fourth quarter last year. The annual GDP growth for 2018 was also at 4.7%.

The world not slipping into recession

Nor Shamsiah opined that the moderation in economic growth would not lead into recession.

“I don’t think that there will be a global crisis,” said Nor Shamsiah, noting that the global growth is reverting to a long-term trajectory.

“It’s a normalisation of global growth after the weaning impact of the various impetus that have been introduced by the countries around the globe, like the US.

“A lot has been impacted by the accommodative monetary policy that were introduced after the global financial crisis,” she said.

Malaysia could weather an economic storm

With all the uncertainties and rising headwinds, Nor Shamsiah believes that Malaysia is “in a position to weather the storm” ahead on the back of a current account surplus, adequate total reserves, and the banks are in a strong position in terms of capital and liquidity.

Additionally, she said the foreign currency reserves Malaysia holds is “enough” to buffer any impact of a weaker ringgit.

On the ringgit’s performance, Nor Shamsiah expects the local currency to see bouts of volatility. However, the governor believes that it will move in line with the regional currencies.

“The ringgit will be impacted by the global developments and it will move in line with what will happen with the regional currencies.

Nonetheless, she opined that the ringgit’s exchange rate could be the “shock absorber” in terms of dealing with any untoward events, adding that the current recovery in the global oil prices would help to strengthen the Malaysian economy.

She elaborated that Malaysia has diversified its economic structure, for instance, the oil and gas sector now accounts for only about 8% of the total economy.

Hence, with the diversified nature of the Malaysian economy, Nor Shamsiah believes that the economy will continue to grow, adding that having a diversified export sector also acts as a buffer.

Noting the trade tensions and possible spillover impact on Malaysia are the biggest downside risks, Nor Shamsiah highlighted the importance of contextualising the potential risks and the need to have the right policies to navigate through all these headwinds and manage these shocks.

“With the buffers and right policies [in place], then that would enable us to generate growth,” she added.

What EAC should look into?

With the Economic Action Council (EAC) being formed earlier this week, Nor Shamsiah suggested that the 16-member council should focus on introducing measures to invigorate private investment and to address cost of living issues.

“We need to have policies to reduce the dependency on foreign workers [and to look into ways on] how we can increase salaries and wages by improving productivity,” said Nor Shamsiah.

She urged for more investment in downstream industries and recalibrating the country’s investment promotion framework to respond to changes in the global economy.

“Policies should focus on how we could improve our competitive edge, what kind of economic policies should we adopt, and for the short term there are some quick fixes that we can look at to support growth,” said Nor Shamsiah.

Beside tourism as one potential sector to support growth, she said the EAC could look into ways to maximise the sharing economy.

Foreign insurers have to submit plans by early April

Foreign insurers in Malaysia will have up to early April to submit their plans to address the minimum requirement of Malaysian ownership in their businesses here, said Nor Shamsiah.

Notably, BNM has required foreign insurers, who wholly own Malaysia operations, to trim their shareholding to no more than 70%.

The governor noted that the central bank will be looking into this on a case-by-case basis.

She had earlier commented that foreign insurers will be given the option to divest their stakes in their Malaysian units or contribute to the B40 National Health Protection Fund, to comply with a BNM ruling.

Having sustainability issues in the long run, the central bank will be introducing new mandates for the development financial institutions (DFIs) this year.

Nor Shamsiah explained that the landscape has changed and there is a need to renew the mandates for DFIs to ensure them playing a catalytic role in the new economic landscape.

“All DFIs, now, have challenges in attracting talents, which most of them lack the skill and diversified nature of operations to be able to remain sustainable in the longer run,” she said.

Noting that BNM is currently reviewing the mandates for the DFIs, Nor Shamsiah said the central bank will be engaging with the ministries to share our assessments.

However, the governor declined to comment on the well-being of Bank Pembangunan Malaysia Bhd, which has been in the spotlight due to the DFI’s lax lending and dubious loans. She stressed that it is BNM’s policy not to comment on individual cases.

On the update on the independent review of the RM2.07 billion land acquisition deal by BNM, Nor Shamsiah said the due process is still ongoing and will be “definitely [be finalised] this year.

To recap, BNM purchased 55.79 acres (22.58ha) near its headquarters at the market price of RM2.07 billion from the federal government. And the sale proceed was said to be utilised to pay off 1Malaysia Development Bhd’s interest expenses.