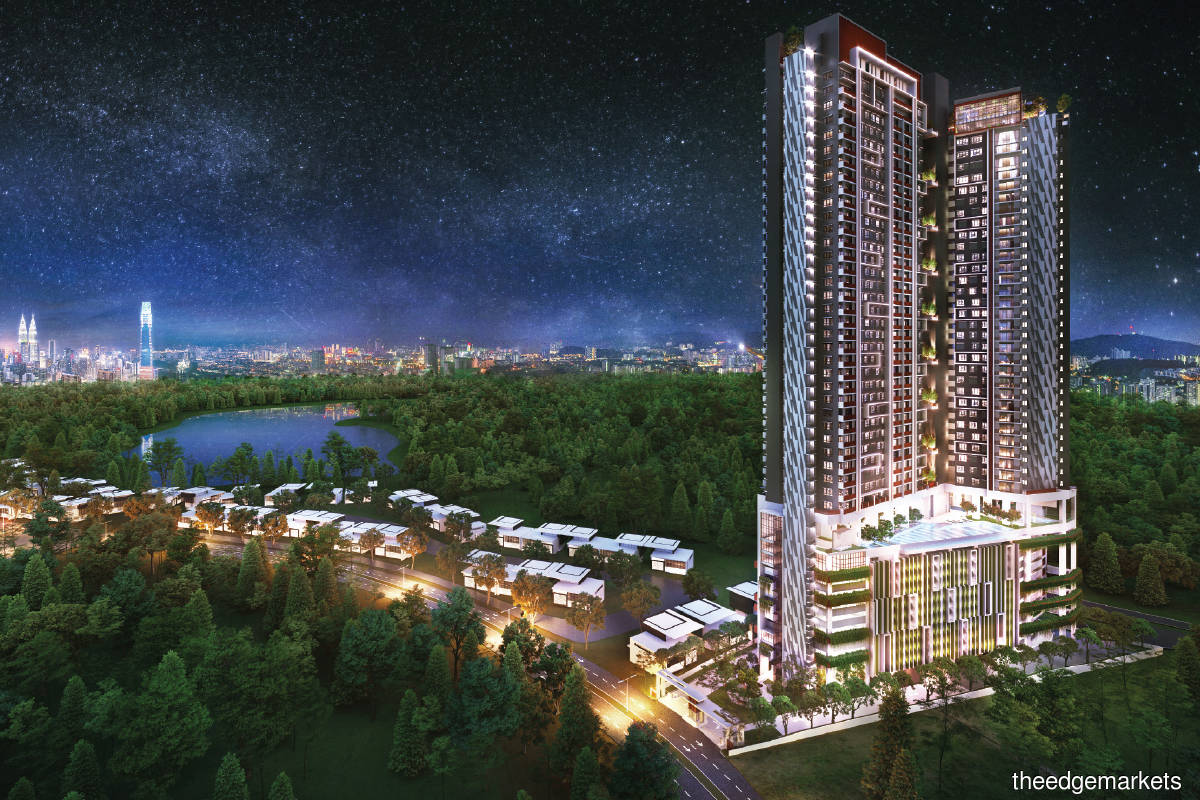 An artist’s impression of SkyVogue Taman Desa (Photo by Skyworld)

Following the successful completion and handover of SkyLuxe On The Park in Bukit Jalil in March last year, SkyWorld Development Sdn Bhd is set to launch another project — SkyVogue Taman Desa — this month.

In an online interview with City & Country, chief operating officer Lee Chee Seng notes that SkyLuxe On The Park has achieved a score of 85% — the highest in the country — in the Quality Assessment System in Construction (Qlassic). SkyVogue Taman Desa will be the group’s next flagship project, with a similar positioning and target group (mid- to high-end buyers) as SkyLuxe On The Park.

With an average selling price of RM580 psf, this project has a gross development value of RM273 million. Its facilities will include a forest garden, garden lobby, games room, multipurpose hall, infinity lap pool, sky pod, sky gymnasium and sky dining space. The maintenance fee will be 35 sen psf per month.

“We focus on quality because we believe every purchaser deserves a good quality home, and that’s why we go for Qlassic. It is a value that can benefit them in the future in terms of maintenance and appreciation. We want to create something that exceeds buyers’ expectations. The market is not very good right now, but we still want to launch the development because we are confident about our product,” says Lee.

“For example, we are looking at design efficiency from the perspective of the units’ layout and space efficiency. There will be a wide frontage, where the living and dining halls are placed near the window, so that there is more sunlight and the residents can enjoy the view. The duplex unit (Photo by Skyworld)

“We have also cut down on space wastage and common areas, so there are a lot of more usable spaces. The daylight index for this development is more than 70%, compared with the usual ones at 60%.”

He adds that SkyVogue Taman Desa is aimed at families and young professionals owing to its location and layouts. The larger units have received the most enquiries as many purchasers see the importance of space as a result of working from home or staying at home during the Movement Control Order period.

Lee says the design efficiency at SkyVogue Taman Desa allows plenty of cross-ventilation and natural lighting in the units and corridors. Also, the developer is putting sliding louvres at the balconies to reduce heat in the units. The louvres can be moved in either direction, allowing a change in façade design.

The condominium block will feature an automated waste collection system, where the garbage thrown into the trash chute will be sucked into the trash centre on the ground floor. “It uses suction and is more hygienic … The conventional type is where you throw the trash into the bin at the trash chute, which will smell if it is not cleaned often enough,” says Lee.

“Other facilities include a designated co-working space, where people can work or have their meetings. There will also be a parcel locker and electric vehicle (EV) chargers.

“Also, as people are scared to touch surfaces these days, we are offering keyless access. So, residents just need to scan with their phones at the entrance to enter the building. Then, when they use their phones to scan in the lift, the lift system will take them to their floor. We are also using a digital lockset.” Lee: We focus on quality because we believe every purchaser deserves a good quality home (Photo by Mohd Shahrin Yahya/The Edge)

Lee says it is important for a property developer to see things from the perspective of purchasers to understand their requirements as well as the subsequent building maintenance works. With this mindset, he is confident the project will be well received by purchasers and response will be good despite the soft market conditions.

“For us, purchasers are important and we design from their perspective, so we believe it will be a successful project. It is about how you package the project and deliver value. As a responsible developer, we also need to give purchasers some room in terms of pricing, so they can make money and will continue to follow us,” he says.

“Another feature of this project is that the units are designed in such a way that they will be more convenient for the elderly and people with disabilities. There are also two entrances — via Jalan Desa and Jalan 1/109f — to ease traffic, and we will put in designated motorcycle lanes at the entrance for safety purposes.”

SkyWorld is looking to launch three more projects this year — EdgeWood Residences, targeting mid-end buyers in Setapak, in March as well as SkyAwani 6 in Setapak and SkyAwani 7 in Bukit Jalil by the middle and end of the year respectively.