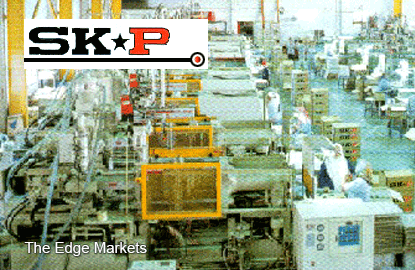 KUALA LUMPUR (July 14): Shares of manufacturer of plastic products, SKP Resources Bhd (SKP Resources), went up as much as 14 sen or 10.4% to reach as high as RM1.49, following a report by Kenanga Research which said its share price could potentially rally towards RM1.47 in the near term.

The research house said today that SKP Resources recently secured a new contract in May from its key customer, Dyson, to manufacture new cordless vacuum cleaners.

"Coincidentally, the share price has broken out from its +2SD regression level on high trading volume," said Kenanga Research.

Despite the overbought situation in both the Stochastic and RSI indicators, the research house deemed this as acceptable levels as it observed that these indicators usually hover around such levels historically.

"Should follow through buying interest continued to gain traction, we reckon that the share price could potentially rally towards its next Fibonacci resistance level of RM1.47 (R1) in the near term," it added.