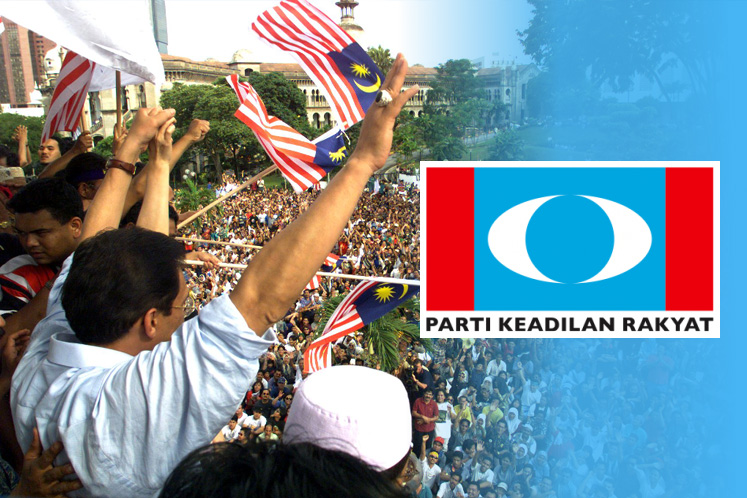 They also announced the formation of the PKR Council of State Leadership Chairmen whose coordinator is Datuk Johari Abdul.

The six State PKR chiefs also pledged undivided commitment to Anwar in his efforts to lead the country to a level expected by the people, Bernama reported.

“We are confident that Datuk Seri Anwar Ibrahim is a leader who will fulfil the pledges the party made to the rakyat in the last general election and we are together with him to ensure all these will be implemented,” Johari said.

Meanwhile, when commenting on the arrest of a PKR state leadership chairman in connection with the sex video case implicating a minister, Johari said the law should be allowed to take its course.

"If he was arrested for investigation, that is within police powers. We have rules; we have law; we have regulations. Nobody is above the law," he added.

Johari urged the top leadership of the party to focus on the people’s problems and enable leaders at State level to be more effective voices for the people.

The six State PKR chiefs urged the top leadership of the party to focus on the people’s problems and enable leaders at State level to be more effective voices for the people.

Johari said with the honeymoon period having ended, the pledges in the election manifesto needed to be fulfilled but there is no room for State-level leadership to voice out the people’s problems.

“We are facing the rakyat. We know the problems on the ground; we know about the income gap problem on the ground. Now that we are the Government, we ask the leadership to sit down and understand our problem. Please listen to us. Don't ignore us.

“Ministers, Deputy Ministers might not get the real picture; so far no space was fully given to us. The formation of the council today is important (for us) to raise the rakyat’s voice effectively," he told a press conference after the first meeting of the council at the PKR headquarters here today.

He also announced the formation of the council which would, among others, ensure that problems of the people at the grassroots level would get better attention.

The council comprises 14 chairmen of the PKR State-level leadership.