National champ will be back in action after ban

PETALING JAYA: Six months. This is how long former World No 1 Datuk Lee Chong Wei could be suspended for testing positive for banned substances.

While the Badminton Association of Malaysia (BAM) announced yesterday that Lee’s hearing before the Badminton World Federation (BWF) in Amsterdam would be on April 11, sources in BAM believe the national champ will be back in competition after a six-month suspension.

“This is because he has a strong case as the evidence supports Chong Wei,” said a source.

“However being let off scot-free is not on the cards even if he had ingested it unknowingly as BWF needs to send a message that there will be repercussions for the use of banned substances regardless of the athlete’s knowledge,” said another source.

Chong Wei tested positive for dexamethasone in a sample taken on Aug 30 last year. He is said to have taken the banned drug during the World Championship in Copenhagen where he finished second.

While dexamethasone is banned during tournaments, it is allowed for treating injuries. Chong Wei has a good case in this aspect as he was being treated for an ankle injury.

Hence, there is a possibility that the BAM will take the fall following the case of South Korea’s Lee Yong-dae who was only suspended for 12 months for another substance issue.

The BWF had said it would not impose the maximum two years in Yong-dae’s case as the South Korean Badminton Association was also to blame for not informing the BWF of Yong-dae’s whereabouts and his substance-taking.

BAM deputy president Datuk Norza Zakaria was confident of a reduced sentence, saying their lawyers Mike Morgan Sports have been working around the clock for the hearing.

“We appeal to every Malaysian and fans of Chong Wei all over the world to continue to be patient and continue to give moral support,” Norza told a press conference at the BAM headquarters in Stadium Juara, Bukit Kiara.

Chong Wei’s hearing before a three-man panel is expected to be wrapped up in a day during the eight-hour session from 10am.

However the panel has given itself a three-day window to make a ruling on his fate.

“On that day, our lawyers will give their submission to the hearing panel.

“We hope the decision will be known fast,” added Norza. “We have left no stone unturned and that was the reason for the delay to set a hearing date.

“We have to see the outcome of the hearing next month,” he said, adding that the BAM together with the Ministry of Youth and Sports and its agencies have been working closely to assist Chong Wei to prepare for the hearing. 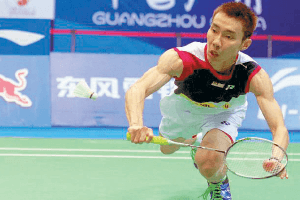 This article first appeared in The Edge Financial Daily, on March 11, 2015.