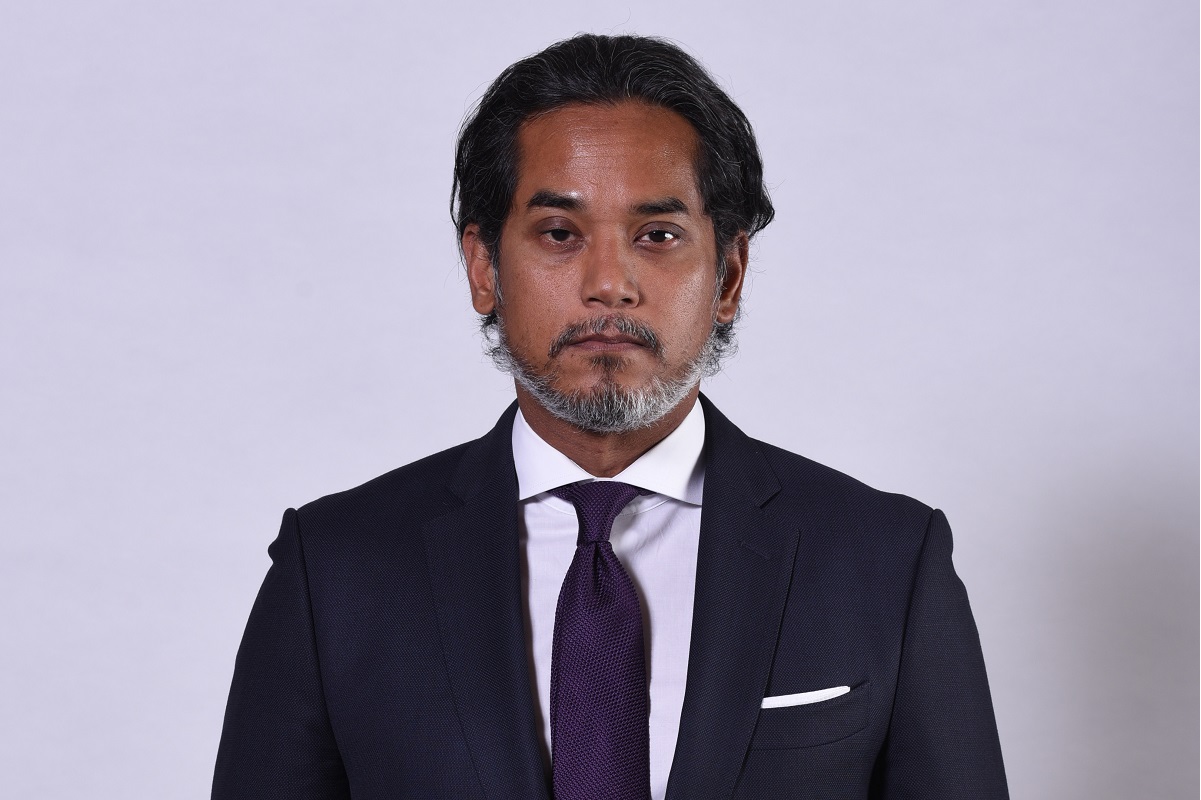 Khairy: Many ask why we receive a vaccine that has yet to be approved by the regulatory today. This is because the approval process from the regulatory must look at how this vaccine is bottled before it can be approved. (File photo by Mohd Suhaimi Mohamed Yusuf/The Edge)

KUALA LUMPUR (Feb 27): China’s Sinovac Covid-19 vaccine received by Malaysia today must first go through a manufacturing process by the pharmaceutical company, Pharmaniaga, to be evaluated and approved by the regulatory agency.

Coordinating Minister for the National Covid-19 Immunisation Programme Khairy Jamaluddin said the manufacturing process was one of the criteria that would be evaluated by the National Pharmaceutical Regulatory Agency (NPRA) before giving recommendations to the Drug Control Authority (PBKD) for approval.

“Many ask why we receive a vaccine that has yet to be approved by the regulatory today. This is because the approval process from the regulatory must look at how this vaccine is bottled before it can be approved.

“Many ask why we receive a vaccine that has yet to be approved by the regulatory agency today. This is because the approval process must look at how this vaccine is bottled before it can be approved.

He said this, among others, aimed to provide registration application data and to carry out validation process as well as looking at the stability data from the factory.

Khairy, who is also the Minister of Science, Technology and Innovation, said this at a press conference after witnessing the arrival of the 200 litres of Sinovac vaccine developed by the Chinese pharmaceutical firm at the Kuala Lumpur International Airport (KLIA), from Beijing, China, this morning.

Khairy stressed that the evaluation process was to ensure that the vaccine bottled at the Pharmaniaga plant is similar, in terms of quality and potential, to those manufactured in China.

“This will allow the data of clinical trials on humans conducted using products produced by manufacturers in China to be used by Pharmaniaga to support their products to be safe and effective,” he said.

He also explained that the vaccine was received in advance by Malaysia even though it has yet to be given approval by the national regulatory body due to limited supply of the world’s Covid-19 vaccine.

Khairy said, for example, Singapore also received the vaccine in the form of a finished product even though it has yet to receive approval from the country’s regulatory body.

“We want to make sure that even though regulatory approval has not been given, we give permission to bring in (Sinovac vaccine) so that stability testing can be tested at the factory. Once it is given approval by NPRA and PBKD, the vaccine is already here so it will be easy for us to continue,” he said.

“I was informed that Pharmaniaga can produce two million doses (of Sinovac vaccine) every month at their factory in Puchong, which means we will have a steady supply from Pharmaniaga,” he said.

Asked to comment on the Sinovac vaccine approval date, Khairy said it was up to Malaysia's Ministry of Health (MOH) and NPRA.

“I do not know and I cannot know because NPRA works independently and neutrally and I cannot ask when they will approve it. They must be allowed to do the work. Of course we want them to approve it safe and as quickly as possible but there is no short cut,” he said.

On whether approval for Sinovac vaccine registration should be done every time the vaccine group is received from China, Khairy said it would only be implemented once.

“If NPRA is satisfied with the vaccine we have received today as well as the manufacturing process and also the stability testing implemented (by Pharmaniaga), then it will be given approval and to be registered, perhaps, with the conditional registration, similar to Pfizer," he said.

On media reports that the US Food and Drug Administration (FDA) approved the storage of the Covid-19 Pfizer vaccine at -20 degrees Celsius from -70 to -80 degrees Celsius previously, Khairy confirmed the matter.

“What Pfizer will have to do now is to submit to NPRA the new data that show the vaccine is stable for two weeks at -20 degrees Celsius for NPRA’s approval. Although we have agreed with the FDA, we have to approve it here,” he said.

On the status of vaccine acquisition from Johnson & Johnson, Khairy said the MOH was refining the term sheet from the company and he had requested that it be signed by Health Minister Datuk Seri Dr Adham Baba in the near future.

Meanwhile, Khairy said a total of 1.183 million registrations to receive the vaccine were recorded on the MySejahtera application and a total of 3,580 individuals had received vaccine shot as at 7am today.