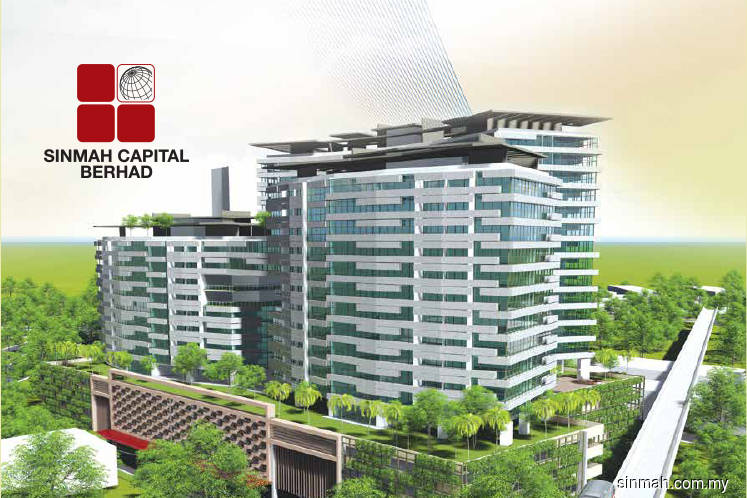 KUALA LUMPUR (Feb 17): Sinmah Capital Bhd has scrapped plans to acquire two pieces of land together with a three-star hotel and a six-storey commercial building sited on them in Bandar Nilai Utama, Seremban, for a combined RM27 million.

It said the reason for the termination is the breach by the vendor, The Aston Holiday, of certain terms in the sale and purchase agreements (SPAs) whereby the market values of the properties have been devalued as a result of the removal of various fittings, furnishing and/or furniture in and on the properties.

In a bourse filing, Sinmah said SAH Medical Center Sdn Bhd has today issued a notice of termination to The Aston Holiday Sdn Bhd to terminate the two SPAs signed on Jan 17 last year. SAH Medical is a 95%-owned subsidiary of Sinmah Amegajaya Healthcare Sdn Bhd, which in turn is a 70%-owned unit of Sinmah.

"Pursuant to the notice, SAH Medical is seeking a refund of deposits and first payments totalling RM2.74 million, as well as liquidated damages amounting to RM2.7 million from the vendor, in accordance with the terms of the SPAs," it added.

At the same time, SAH Medical is considering all its options including negotiations to re-acquire the properties at a purchase consideration to be determined, and will make the necessary announcements in the future.

In January last year, SAH Medical had signed a SPA with The Aston Holiday to acquire a 7,412 sq m piece of land together with a three-star hotel sited on it for RM23 million cash.

The company had also entered into another SPA with The Aston Holiday to acquire a 604 sq m piece of land together with a six-storey commercial building sited on it for RM4 million cash.

The proposed acquisitions were part of Sinmah Group's plans to diversify its business by venturing into other revenue-generating businesses in order to mitigate its reliance on its poultry and property businesses, and were expected to be completed in the second quarter of 2019.

Sinmah Amegajaya intends to build a university hospital and a hospital-related building on the land.

Sinmah said the board is of the opinion that the offer will contribute positively to the group's future financial performance if Sinmah Amegajaya and SDP Elmina will enter into a SPA within three months.

"The company will make the necessary announcements upon any further development on the SPA," it added.

Shares in Sinmah Capital closed half a sen up at 14 sen today, bringing a market capitalisation of RM29.93 million.