Singapore’s economy plunges in early sign of pain in Asia 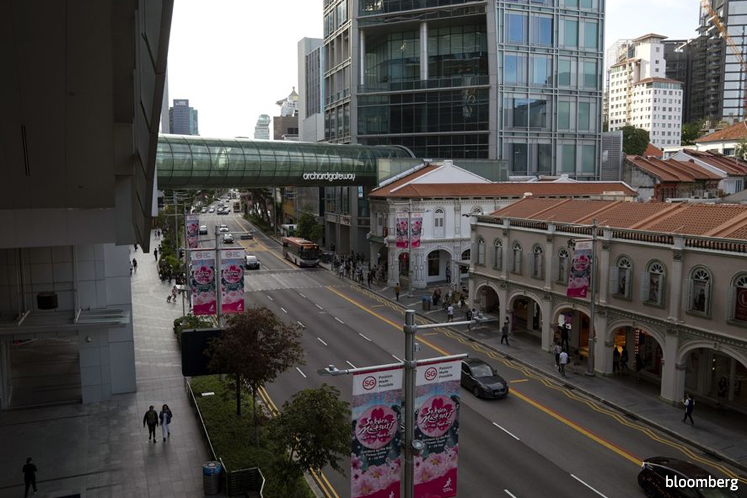 (March 26): Singapore’s economy contracted the most in a decade in the first quarter, a bellwether for the rest of Asia as the fast-spreading coronavirus continues to shut down vast parts of the world.

Gross domestic product fell an annualized 10.6% in the first quarter from the previous three months, far worse than the median forecast of an 8.2% decline in a Bloomberg survey of economists. The government said it now sees a sharp contraction in the economy of 1%-4% for the full year.

“As the global Covid-19 situation is still evolving rapidly, there remains a significant degree of uncertainty over the severity and duration of the global outbreak, and the trajectory of the global economic recovery once the outbreak has been contained,” the Ministry of Trade and Industry said in a statement. “The balance of risks, however, is tilted to the downside.”

The Singapore dollar erased losses from the GDP report, and was little changed on the day as of 8:50 a.m. local time.

As the first Asian economy to publish quarterly GDP data, the slump in Singapore’s output is a sign of what others in the region can expect. Purchasing managers surveys are already showing severe contractions in global output at the beginning of the year, with more pain likely to come.

As large as the contraction in Singapore’s economy was in 1Q, it will likely deepen in 2Q. Within Southeast Asia, though, Singapore may escape the worst this year, despite being the most open economy. The government is staying on top of the virus, which eases fear and keeps more businesses open.

Singapore’s government had previously forecast full-year growth around the 0.5% midpoint of its forecast range of -0.5% to 1.5%.

The MTI said the downward revision reflected a worsening of the anticipated effects from the outbreak, including the spread of the virus to many more countries, Singapore’s tightened border controls, and safe-distancing measures that would hit consumer sectors like retail and food and beverage.

The trade-reliant economy has been on especially high alert for weakness after key trading partners, like Malaysia, shut their borders, reduce production schedules and enforce restrictions on consumers’ movements.

“The second quarter will be weak as well with global demand for goods and services to take a hit from the lockdowns in Europe and the U.S.,” said Steve Cochrane, chief Asia-Pacific economist for Moody’s Analytics Inc. in Singapore. “International travel will remain weak as well. We will need to look to the third quarter for a significant improvement.”
MAS Easing

Deputy Prime Minister Heng Swee Keat is set to unveil a second stimulus package in Parliament later Thursday to shore up the flailing economy, likely focused on the especially hard-hit tourism and transport sectors. The central bank has brought forward its policy decision to March 30, with analysts betting on an easing.

“There is a high chance the government will dip into the reserves to fund the second stimulus, which could be larger than what was announced in Budget 2020,” said Khoon Goh, head of Asia research at Australia & New Zealand Banking Group Ltd. in Singapore. The Monetary Authority of Singapore “will surely need to ease aggressively on Monday.”
Other Details

Compared with a year earlier, GDP fell 2.2% in the first quarter versus a median forecast of -1.4%
Manufacturing rose an annualized 4.2% in the first quarter compared to the fourth, construction plunged 22.9%, and services shrank 15.9%
Advance GDP estimates are computed largely from data in the first two months of the quarter, and often are revised once the full quarter’s data are available.