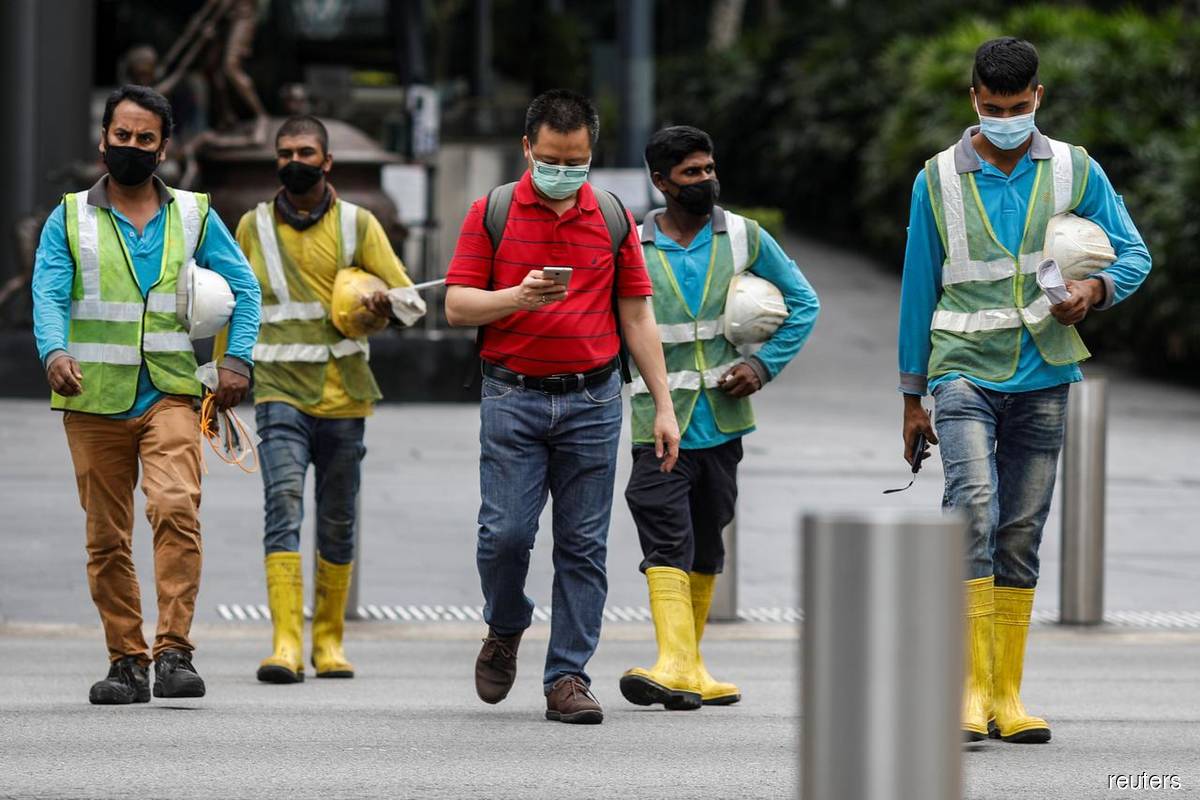 Migrant workers in essential services wearing safety vests cross a street at Orchard Road, amid the Covid-19 outbreak in Singapore, May 27, 2020. (Photo by Reuters)

With the economy shedding jobs, “a further tightening of the foreign manpower policy is likely, with a renewed emphasis on the composition and not just the size of the foreign workforce.

SINGAPORE (July 13): Singapore’s July 10 election, which saw an unprecedented erosion of support for the ruling People’s Action Party, could prompt tighter restrictions on foreign labor and tweaks to an impending sales-tax hike, according to economists at Citigroup Inc and DBS Group Holdings Ltd.

With the economy shedding jobs amid the coronavirus pandemic, “a further tightening of the foreign manpower policy is likely, with a renewed emphasis on the composition and not just the size of the foreign workforce,” including stricter eligibility requirements for white-collar employment passes, Citi economists Wei Zheng Kit and Kai Wei Ang wrote in a research note. “With population and labor force growth unlikely to accelerate, this could cap potential growth and property demand.”

Data Tuesday is expected to show gross domestic product contracted an annualized 35.9% in the second quarter from the previous three months. Singapore’s government has responded to the downturn with stimulus measures worth some S$93 billion (US$67 billion), leading to the largest fiscal deficit in the country’s history and forcing the government to tap reserves to defray the cost.

The pace of economic recovery could affect a planned increase in the goods-and-services tax. Irvin Seah, a senior economist at DBS, wrote in a research note that the GST likely won’t be raised until both GDP growth and unemployment have returned to their trend rate of about 2%-2.5%.

The Citi economists said the tax hike could still take place as early as 2022, but might be cushioned by offsetting measures.

“A GST hike could also be rendered more politically acceptable if accompanied by more progressive taxes, with various forms of wealth taxes likely to be considered,” they wrote.