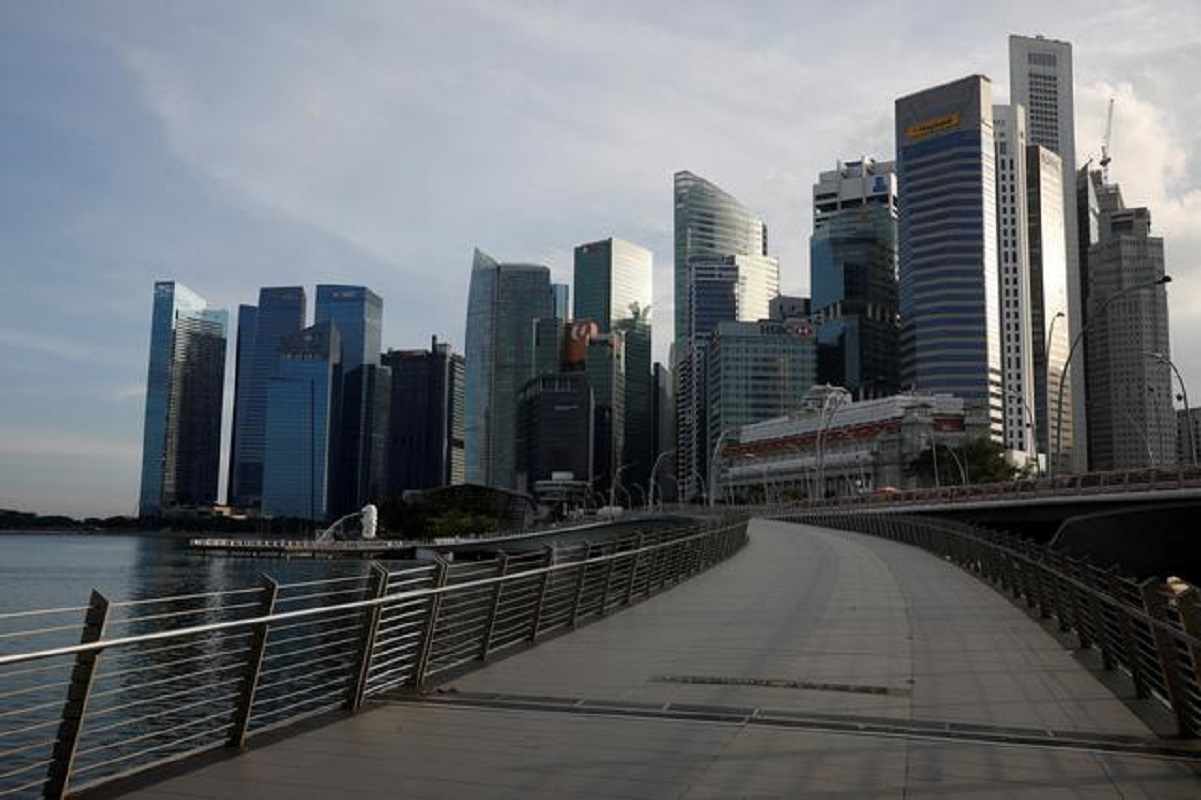 Ng Yu Zhi, 33, also had a dark secret: His lavish lifestyle, they say, built on lies. He was charged with fraud for allegedly raising at least US$740 million from investors for commodity trades that didn’t exist.

(April 15): At 33, Ng Yu Zhi had all the trappings of a wildly successful trader: a Rolodex full of rich clients, a three-story villa in a posh Singapore neighbourhood and a Pagani Huayra supercar reportedly worth more than US$5 million.

Local prosecutors allege Ng also had a dark secret: His lavish lifestyle, they say, was built on lies.

In a case that has riveted Singapore’s moneyed-classes, Ng was charged last month with four counts of fraud for allegedly raising at least S$1 billion (US$740 million) from investors for commodity trades that didn’t exist.

The police have called it one of the city-state’s largest-ever suspected investment fraud schemes. It’s also the latest in a series of scandals in the financial and commodities-trading hub, where assets under management have swelled to S$4 trillion thanks largely to inflows from overseas.

Much about Ng and his dealings remains shrouded in mystery. But open court proceedings, interviews with investors and charge sheets by Singapore prosecutors indicate the young financier was able to raise huge sums of money by touting average quarterly gains of 15% — a track record that would have placed him in the same league as the world’s top-performing hedge fund managers.

While Singapore offers plenty of legitimate business opportunities, there will likely be other instances of suspect behaviour as money flows into the country and investors reach for returns in an era of historically low interest rates, according to Song Seng Wun, an economist at CIMB Private Banking who’s been working in the country’s finance industry for more than three decades.

“This won’t be the last case and that’s the sad reality,” Song said.

Attempts to reach Ng for comment via email were unsuccessful. His lawyer, Davinder Singh, executive chairman of Davinder Singh Chambers, didn’t reply to emailed questions. It’s unclear from charge sheets and court proceedings whether Ng has entered a plea. A citizen of Singapore, he’s been released on S$1.5 million bail and is subject to electronic monitoring. The court will hear further proceedings in coming weeks.

While little is known about Ng’s early life, he had become an increasingly visible figure in Singapore’s philanthropic, supercar and corporate communities in recent years.

In August 2020, he won praise from the prestigious Yong Loo Lin School of Medicine at the National University of Singapore for his contribution to a fundraising drive.

A Pagani Huayra supercar was among S$100 million of assets seized from Ng by the nation’s Commercial Affairs Department, the Straits Times reported, citing sources it didn’t name. “It is inappropriate to comment on ongoing police investigations,” the Singapore police said when asked about the seizure.

Industry sources have valued Ng’s Pagani Huayra at between S$7 million and S$8 million, according to the Straits Times.

Ng’s business interests spanned everything from commodities trading and tech startups to Japanese restaurants and a veterinary clinic, according to corporate filings.

The fraud allegations against Ng center on his dealings at Envy Asset Management and Envy Global Trading, companies he controlled and where he was a director. Of the more than S$1 billion that was invested in the companies, S$300 million was transferred to Ng’s personal account while an estimated S$200 million remains unaccounted for, prosecutors alleged in court proceedings last month.

While investors received payments worth S$700 million, they’re owed another S$1 billion based on the face value of outstanding contracts, prosecutors said.

Ng’s purported investment strategies that are under the spotlight were linked to nickel, a key ingredient in many electric-car batteries. The metal has become a popular speculative bet in recent years amid soaring demand for Teslas and other EVs.

In one transaction described in charge sheets, Ng was involved in raising money from investors claiming he would use it to buy nickel from an Australian company called Poseidon Nickel Ltd. He never followed through with the purchase, prosecutors said. Poseidon’s chief executive officer, Peter Harold, said in an email that the company has had no engagement with Ng or related entities.

Ng was involved in deceiving investors into buying supposed forward contracts that were purportedly with French lender BNP Paribas SA, but those contracts didn’t exist, according to the charge sheets. BNP had no account or trading history with Ng, Envy Asset Management or Envy Global Trading, a person familiar with the matter said. A BNP spokesperson declined to comment.

One person who said he began investing with Ng in 2018 after hearing about him through business associates said he never withdrew money because he believed Ng was delivering sustained high returns.

Documents seen by Bloomberg that were sent by Envy Asset Management to potential investors and partners include details such as purchase and sale prices of prior nickel transactions, contract durations and expected profits in percentages down to the fourth decimal point.

Ng’s investors included Envysion Wealth Management Pte, a Singaporean fund management company, and its founder Shim Wai Han. While Envysion has a similar name to those of Ng’s companies and shared meeting rooms and pantry services with them through a rental agreement, Shim said in an April 1 interview and subsequent messages that Envysion is otherwise unrelated to Ng. He isn’t an owner or executive at Envysion, she said.

Prosecutors allege that Ng convinced Envysion and Shim to invest S$48 million in receivables on nickel products that never existed.

“Our objective now is just one thing,” Shim said in the interview. “To get back the money for investors and for ourselves.”

The Monetary Authority of Singapore, the nation’s financial regulator, is conducting a supervisory review of Envysion to determine if there have been governance or risk management failures by its board and senior management. Envysion hasn’t been accused of any wrongdoing, Shim said in the interview.

Both Envy Asset and Envy Global aren’t licensed by MAS, since the regulator doesn’t require licenses from firms investing in physical assets for high-net worth investors or institutions. MAS put Envy Asset on its investor alert list last year to highlight that the firm may have been wrongly perceived as being licensed by MAS, according to a March statement from the monetary authority.

Ng has been removed as managing director of Envy Global, the company said last month, adding that it established an independent interim management committee to meet obligations to clients in cooperation with authorities.

While Singapore is far from the only place grappling with instances of suspected fraud, large corporate scandals have made waves in the city in recent years — including the collapse of oil trading giant Hin Leong Trading Ltd last year.

Authorities have to strike a balance between ramping up reporting requirements to alleviate concerns about misbehaviour and supporting the expansion of the financial centre, said Lawrence Loh, director of the Centre for Governance and Sustainability at the National University of Singapore Business School. “If you put in the sledgehammer too harsh, maybe no investment will come.”