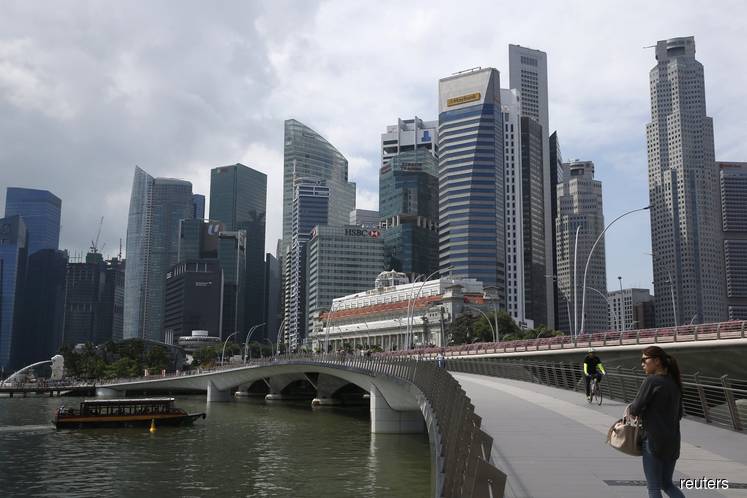 SINGAPORE (Feb 15): Singapore's economy grew at its slowest pace in more than two years in the fourth quarter, data showed on Friday, as the trade ministry warned manufacturing is likely to see a "significant moderation" this year.

"The pace of growth in the Singapore economy is expected to slow in 2019 as compared to 2018. First, the manufacturing sector is likely to see a significant moderation in growth following two years of robust expansions," the trade ministry said in a statement.

From a year earlier, gross domestic product grew 1.9 percent in the fourth quarter, less than the Ministry of Trade and Industry's 2.2 percent advance estimate and the 2.1 rise seen in the Reuters poll.

That was the slowest year-on-year pace since the third quarter of 2016, when it grew 1.2 percent.

The economy grew 1.4 percent in the October-December period from the previous three months on an annualised and seasonally adjusted basis, lower than the ministry's initial estimate, made on Jan. 2, of 1.6 percent.

The median in a Reuters poll was for no revision of the initial quarter-on-quarter number.

The economy grew 3.2 percent for all of 2018, the ministry said, compared with the advance estimate of 3.3 percent.

The trade-reliant city-state kept its 2019 GDP growth forecast at between 1.5 and 3.5 percent, adding that growth would likely come in slightly below the mid-point of the forecast range.