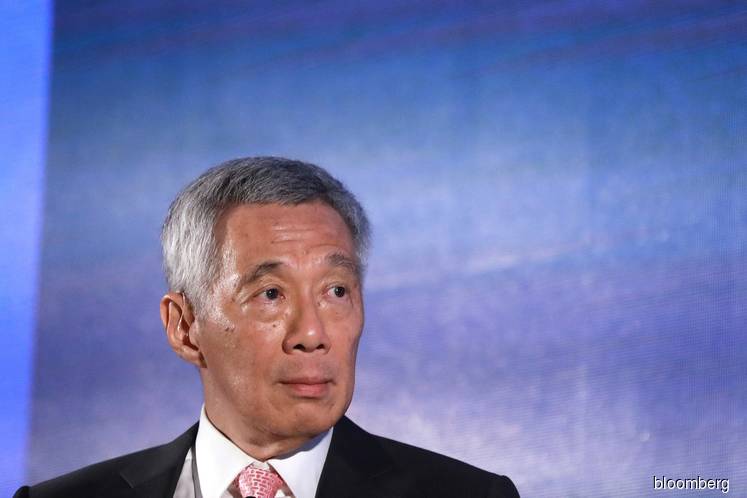 SINGAPORE (Jan 24): Singapore Prime Minister Lee Hsien Loong has defended the city-state’s new “fake news” law amid criticisms that his government has been using it to target opposition leaders and critics.

Singapore’s legislation “deals with a very narrow problem, which is when untrue, deliberate untruths are posted online which have public policy implications, public order implications and which are false,” Lee said in an interview Thursday with Bloomberg’s Editor-in-Chief John Micklethwait. The main function of the law requires online platforms to post a government-issued correction alongside the original allegation, while providing the offender an outlet to challenge the directive in court.

“People can make up their minds which is which and the truth will out, I hope,” he said. “One could hardly ask for greater transparency.”

As governments around the world struggle to moderate the flow of disinformation in elections, Singapore in October moved to introduce the law. With general elections expected well before the April 2021 deadline, Lee’s government has said the law is not aimed at stifling free speech and is enforced independently of the election cycle.

Since the law passed, the Southeast Asian city-state has invoked it in five cases involving the likes of Facebook and Yahoo!, requiring the companies publish correction notices alongside the posts. Any company found in breach of the law and refuses to comply with corrective orders issued by the government could face fines of up to S$1 million (US$740,631), while individuals may serve up to 10 years in prison.

In the most recent use of the Protection from Online Falsehoods and Manipulation Act on Wednesday, the Ministry of Home Affairs ordered “correction directions” against Malaysia-based group Lawyers for Liberty regarding its statement about Singapore’s protocol for handling executions. The order was also sent to digital media giant Yahoo! and two other parties that shared the “untrue, baseless and preposterous allegations.”

“It made outrageous allegations about how executions are supposed to be taking place,” the 67-year-old leader said in the interview.

The government ordered internet providers to block access for users in Singapore to the statement on Thursday, after the group did not comply with the correction directive.

N. Surendran, the co-founder of Lawyers for Liberty, rejected the government’s characterization of his organization’s statement and said he was “disappointed” with the orders.

Foreign interference legislation has been passed in Taiwan and Australia to stop reported meddling by China and other nations, while Canada passed a similar law last year aimed at protecting its democratic institutions.

Operations such as those Russia is alleged to have carried out in the US presidential election or in Britain during the Brexit referendum may be “exacerbating existing fault lines and weaknesses in order to sharpen conflicts and contradictions and stoke social disorder,” Lee said. “It happens.”