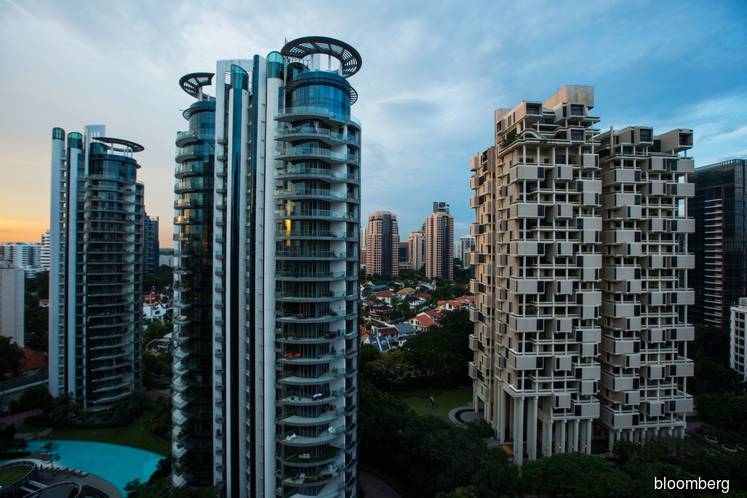 SINGAPORE (Dec 3): Singapore’s developers have expressed alarm over the high supply of private apartments amid slowing demand, with the glut threatening to suppress property prices.

President of the Real Estate Developers’ Association of Singapore, Chia Ngiang Hong, said at a dinner Monday evening that home builders are concerned about the fat pipeline and subdued demand.

“We hope the government will continue to watch the pulse of the market, with the aim of maintaining a stable and sustainable market in line with economic fundamentals,” Chia was quoted in local media as saying.

Chia described the property market as challenging and said developers are already more cautious when bidding for land.

Data from the Urban Redevelopment Authority released Tuesday showed there are around 39,000 private housing units currently in the pipeline, though this has “declined progressively over the past few quarters.”

Around 34,000 of the unsold units come from the government’s land sales program and en-bloc sites. The other 5,000 are from sites still pending planning approval.

Property cooling measures that were imposed in July last year eased home values for a period but prices have begun rebounding over the past few quarters. Overall transaction volumes have remained modest.

Just last week, Singapore’s central bank issued a warning that an oversupply of apartments threatens to push down dwelling values.

The URA also Tuesday announced the government’s land sales program for the first half of 2020, comprising sites that can yield 6,490 private residential units and 1,070 hotel rooms.

The government has decided to keep the supply of residential units on the confirmed list for the first half of next year “broadly similar” to that of the second half of 2019, it said.

Chia also said the real estate body will form a committee to raise developers’ concerns with the government.

Singapore’s Second Minister for National Development, Desmond Lee, said in a speech at the same event on Monday evening that the government “cannot take a hands-off approach to the property market.”

“Within the domestic market, we expect more supply of private housing units to come on stream. Developers should pace out the launches steadily, to match the demand from buyers,” Lee said.