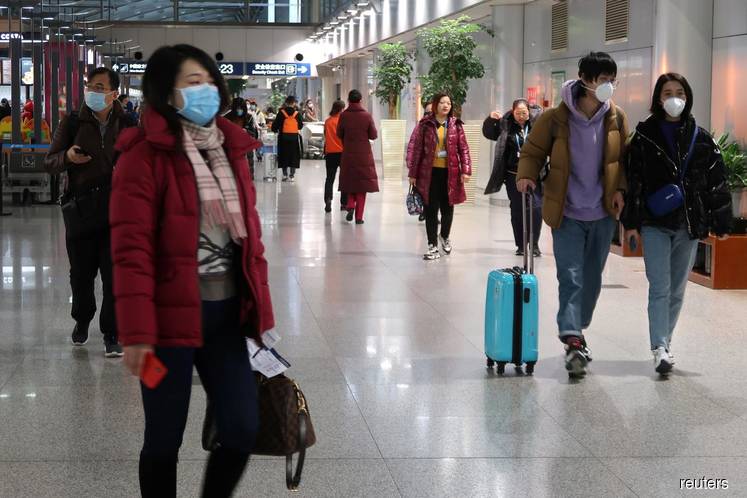 SINGAPORE (Jan 23): Singapore on Thursday confirmed its first case of a new strain of coronavirus that has killed 17 and infected more than 630 people in China, the health ministry said.

Another case has tested positive preliminarily, it said.

The 66-year old man who tested positive for the virus is a Chinese national and resident of the city of Wuhan, the epicentre of the outbreak. He arrived in Singapore with his family on Jan. 20 and is currently in isolation in hospital.

One of his travelling companions has also been hospitalised as a suspect case.

A 53-year-old woman, also a Chinese national from Wuhan, has come up positive in a preliminary test which is awaiting confirmation. The conditions of all three patients is stable, the health ministry said.

Singapore authorities have extended screening to all passengers arriving on flights from China and have been isolating suspect cases.

On Thursday, authorities said they would expand the screening to all of Singapore's land and sea checkpoints.

"Given the high volume of international travel to Singapore, MOH (the health ministry) expects to see more suspect cases and imported cases," it added.

The government also advised Singaporeans to avoid travel to the whole of Hubei province.

The virus has stoked fears of a pandemic similar to the 2003 outbreak of Severe Acute Respiratory Syndrome (SARS) that started in China and killed nearly 800 people. Singapore suffered 33 deaths due to SARS, making it one of the worst hit countries outside China.

The virus has also been confirmed in Thailand, Japan, South Korea, Taiwan and the United States.

Read also:
China puts millions on lockdown as WHO weighs virus response​
China-bound tourists leaving Thailand cautious as Wuhan virus spreads​
WHO says will decide on Thursday if China virus is a global health emergency
How airlines and airports are dealing with deadly China virus