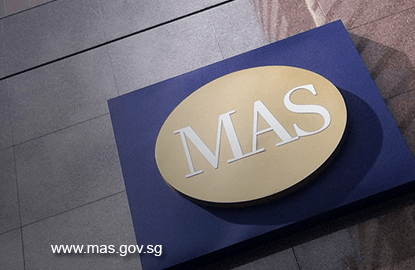 SINGAPORE (July 8): Singapore's central bank says it is in contact with financial institutions in relation to Malaysia's probe into allegations hundreds of millions of dollars had been transferred to an account of Prime Minister Najib Razak.

The Wall Street Journal reported last week that investigators looking into debt-laden state-owned fund 1MDB had traced nearly $700 million of money that came through a private bank account in Singapore into accounts in Malaysia they believed belonged to the prime minister.

Najib has denied taking any money from 1MDB or any other entity for personal gain and is considering legal action.

The Monetary Authority of Singapore (MAS) said on Wednesday that it will provide assistance to Malaysia and share information where it is legally able to.

"In this connection, MAS has been in close contact with the relevant financial institutions," a MAS spokeswoman wrote in an email.

MAS did not name any banks, but its statement suggested its enquiries have expanded beyond the previous assistance it has provided for Malaysia's probe into 1MDB.

1MDB, a property-to-energy group whose advisory board is chaired by Najib, is facing criticism over its debt of nearly 42 billion ringgit ($11.04 billion) and alleged financial mismanagement.

Earlier this year MAS said it was in touch with Malaysian regulators after Malaysia's government said 1MDB had redeemed $1.1 billion from the Cayman Islands and parked it in the Singapore unit of Swiss private bank BSI.

MAS said on Wednesday that due to on-going investigations in Malaysia, it is unable to provide more details on its enquiries.