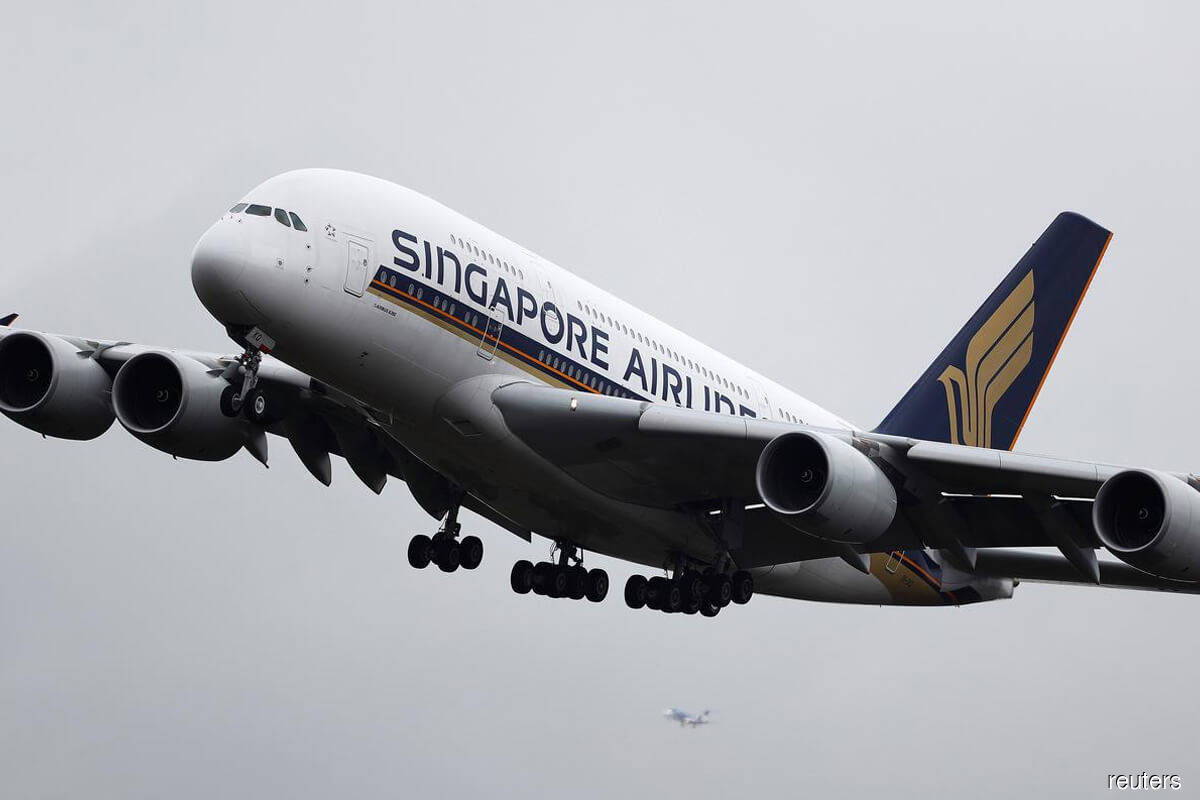 SYDNEY (July 29): Singapore Airlines Ltd warned passenger capacity may remain at less than half of pre-pandemic levels by its March 2021 year-end after slumping to a S$1.12 billion first-quarter net loss due to a sharp decline in demand.

The net loss compared with a S$111 million profit a year before. Revenue plunged 79.3% to S$851 million during the quarter, the airline said on Wednesday.

Singapore Airlines said it was in talks with aircraft manufacturers to delay deliveries and progress payments to reduce cash outflows at a time when the majority of its fleet of 220 planes remains parked.

"We have reached agreement with Airbus on some of these matters and discussions with Boeing are ongoing," it said.

The airline said it was reviewing the size and shape of its fleet over the longer term, which was likely to lead to a material impairment in the value of older aircraft, particularly the Airbus A380, which would account for S$1 billion.

Rivals Qantas Airways Ltd and Cathay Pacific Airways Ltd have also said they will write down the value of portions of their long-haul fleets.

Singapore Airlines had already this month warned it would report a material operating loss in the first quarter, including fuel hedge losses from sinking oil prices that reached S$464 million.

The number of passengers carried dropped 99.6% in the first quarter from a year earlier, with the airline filling just 10.2% of the seats on offer, though cargo held up better due to high freight demand.

Singapore Airlines plans to operate around 7% of its normal passenger capacity in August and September. The airline has no domestic network and is wholly dependent on international demand at a time when many borders remain effectively closed.

Since the start of the financial year, the airline has increased liquidity by S$11 billion through a rights issue of new stock and secured financing facilities.