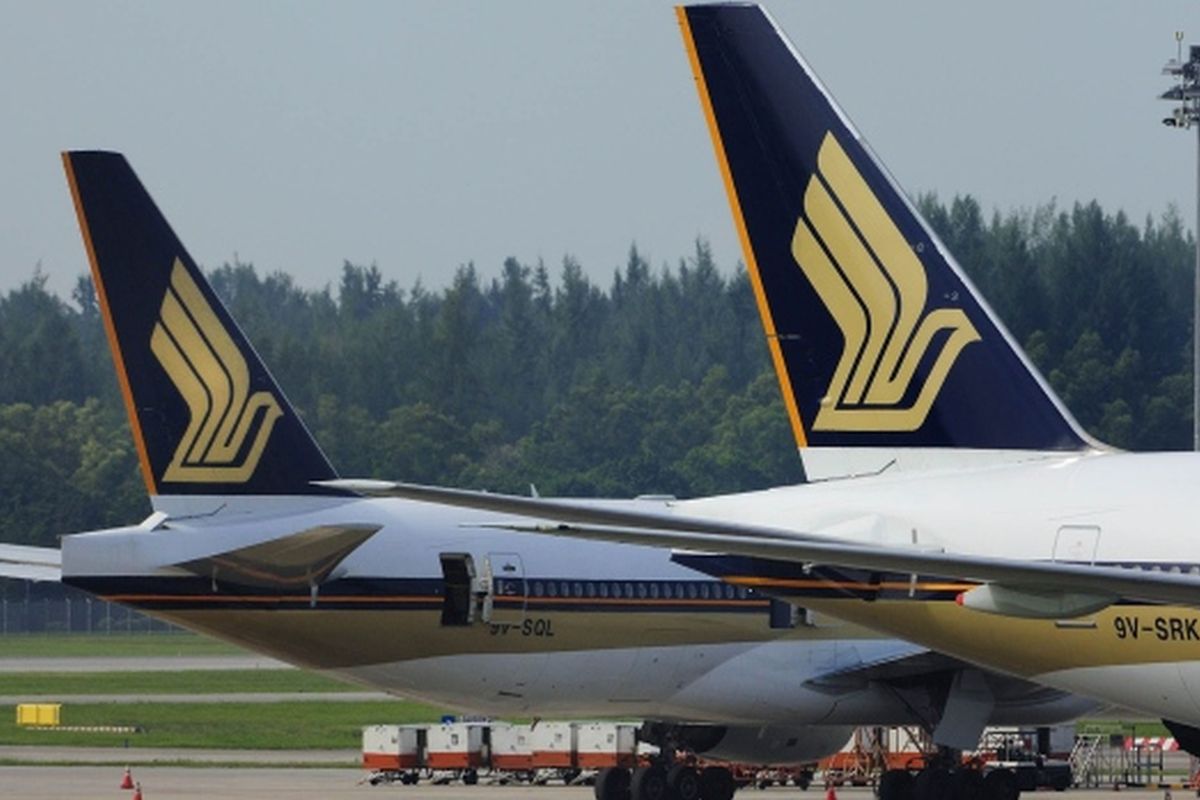 The carrier reported a net loss of S$409 million in its first quarter through June, compared with a loss of S$1.12 billion in the same period last year. Revenue climbed 52% to S$1.3 billion, according to a statement Thursday.

“The growing pace of mass vaccination exercises across many countries provides hope for further recovery in international air travel demand,” Singapore Airlines said. “However, the risk of new variants and fresh waves of Covid-19 infections in key markets remains a concern. The recovery trajectory will be dependent on government regulations, vaccination rates, and the risk profile of individual regulatory authorities.”

Passenger capacity is expected to reach about 33% of pre-Covid levels in the quarter ending September, an improvement from less than 5% in June last year. About 56% of Singapore’s population is now fully inoculated, according to Bloomberg’s Vaccine Tracker.

The airline’s cargo business carried 78% more in terms of millions of kilograms in the three months to June versus the previous corresponding period.

Travel demand may improve later in the year as Singapore aims to allow quarantine-free travel from September, when it expects to have 80% of its population fully vaccinated, Finance Minister Lawrence Wong said Monday.

Wong said the city-state will be able to start reopening its borders and establishing travel corridors with other countries or regions that have infections under control. That’s not a sure thing, however, as new waves of the virus and highly infectious variants threaten to undermine any recovery.

“At each stage of easing we will monitor the health outcomes, especially the hospitalization and intensive care unit cases closely,” Wong said. “We will ensure that these remain acceptable and stable, before we proceed to the next step.”

By the end of September, Singapore Airlines “expects to serve around 50% of the points that were part of our passenger network before the onset of Covid-19,” it said Thursday.

The carrier re-instated services to Cape Town this month as well as services to Manchester and Rome. Its low-cost arm Scoot re-introduced flights to Sydney earlier this month and plans to resume flights to Berlin from next month pending regulatory approvals.

Singapore Airlines’ dollar bonds extended gains and outperformed peers in July on bets the carrier will face less competition when international travel returns. Its notes due in July 2026 rose 1.3 cents on the dollar this month.

The company’s shares rose 1.2% in Singapore on Thursday. They’ve fallen about 17% since the onset of Covid early last year.